HRC Global leverages HRC’s knowledge, expertise and resources to support and strengthen the global equality movement through public education, capacity building and programmatic support for a global network of more than 180 LGBTQ organizations and leaders in 90 countries around the world.

In spite of much progress in recent years, all around the world LGBTQ people still face harassment, legal and societal discrimination, violence, and bigotry. Sixty-nine countries criminalize same-sex sexual activity, and in up to nine countries, this may be punishable by death. So-called anti-LGBTQ “propaganda” laws inhibit LGBTQ advocacy in at least three countries, and in countless more, organizing is constrained by restrictions on civil society. 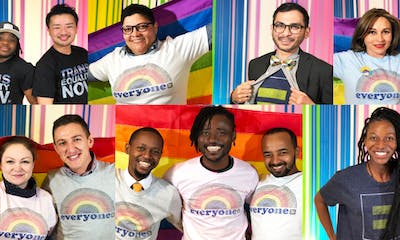 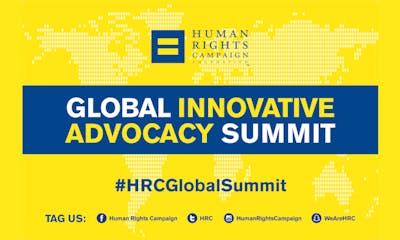 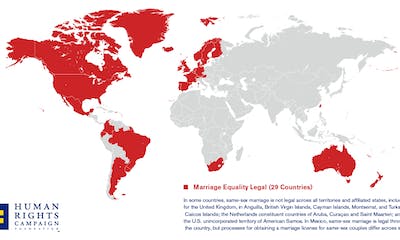 Marriage Equality Around the World

HRC’s Sound the Alarm initiative raises the visibility of situations where the safety and security of LGBTQ advocates and people are in danger, and where such visibility has been requested…

Report: Scott Lively and the Export of Hate

Marriage Equality Around the World

The Human Rights Campaign Foundation tracks developments in the legal recognition of same-sex marriage around the world. Working with our network of alumni and partners, we lift up the voices…

With investments of over $60 billion around the world each year, the World Bank can serve as a powerful voice for the human rights of LGBTQ people, to help stop…

The International Human Rights Defense Act of 2015 would build an unprecedented framework into U.S. diplomacy to protect LGBTQ rights worldwide.

HRC's Global Workplace Equality Programs have made headlines across the United States and Latin America. Read more about our program, which has been featured in both English- and Spanish-language outlets.

See below to download the 2020 and 2019 HRC Equidad CL report, the leading workplace assessment designed to grow LGBTQ inclusion and equality across Chile.
Click here to connect with…