Faith is a core part of civic life. Around the world, people look to their faith as a source of guidance, hope and inspiration — and LGBTQ+ people, as well as our families, friends and allies, are no different. In times of trial and in the face of rejection, LGBTQ+ people of faith have held on to our beliefs and traditions — and at times have formed new ones. We belong in every faith tradition across the world.

The HRC Foundation Religion and Faith Program is working to build a world where LGBTQ+ people of faith are celebrated for every part of who they are, while fighting to ensure that religion is not used as a weapon of hate and discrimination. 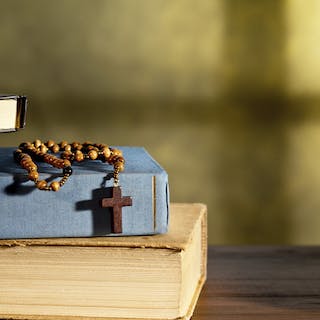 What Does the Bible Say About Homosexuality?

At the heart of the claim that the Bible is clear "that homosexuality is forbidden by God" is poor biblical scholarship and a cultural bias read into the Bible.

Read Moreabout What Does the Bible Say About Homosexuality? 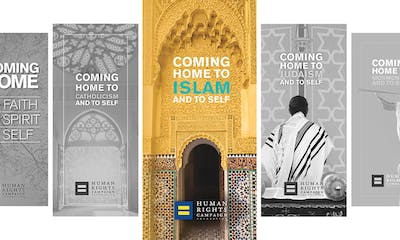 Coming Home to Islam and to Self 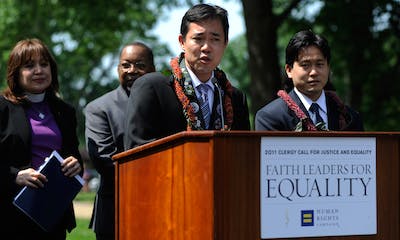 Religion and Coming Out Issues for Asian Pacific Americans 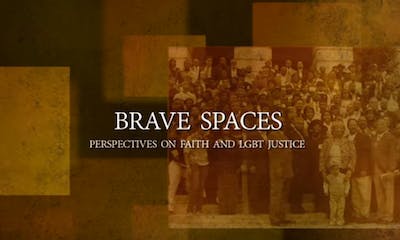 This webinar series, co-presented by HRC and DignityUSA, will gather Catholic leaders from a variety of sectors to discuss the Lenten themes of liberation and justice for marginalized communities, and…

What Does the Bible Say About Transgender People?

Introduction
For several decades, political and theological debates related to LGBTQ+ issues have centered around same-sex relationships for lesbian, gay and bisexual people. While an exploration of that topic is…

Noting with urgency the words of St. John Paul II in Evangelium Vitae that “every individual, precisely by reason of the mystery of the Word of God who was made…

When we become free, we need to find a new language to express that freedom. God uses four different terms of redemption (Exodus 6:6-7) to articulate the exodus from Egyptian…

For They Know Not What They Do: A Study Guide and Advocacy Training Curriculum Accompanying The Documentary

Created to accompany the film “For They Know What They Do,” a documentary which explores the intersections of religion, sexual orientation, gender identity and American politics, this user-friendly guide will…

Queer Midrash: Hanukkah 5781 | 2020
Queer Midrash is a compilation of prose and poetry, commentary and reflection, prayer and narrative retelling inspired from and based on texts sacred to…

While many people enjoy a rich, spiritual life outside the realm of organized religion, this guide is aimed at folks who hope to lead their faith communities toward a more…

Institute of Theology and Social Change

APPLICATIONS FOR THIS YEARS FELLOWSHIP ARE NOW CLOSEDThe Institute of Theology and Social Change is a fellowship part of the Religion &amp; Faith Program that provides LGBTQ faith leaders and…

Queer Midrash is a compilation of prose and poetry, commentary and reflection, prayer and narrative retelling inspired from and based on texts sacred to the Jewish community written through a…

Queer Midrash is a compilation of prose and poetry, commentary and reflection, prayer and narrative retelling inspired from and based on texts sacred to the Jewish community written through a…