As we mark the start of Black History Month, HRC honors the ways in which Black LGBTQ and allied trailblazers have been and continue to be at the center of the fight for equality, breaking down barriers every day.

As we mark the start of Black History Month, HRC honors the ways in which Black LGBTQ and allied trailblazers have been and continue to be at the center of the fight for equality, breaking down barriers every day. In this moment in our country’s history, our community must draw strength and inspiration from the commitment, tenacity and resilience of civil rights leaders who made our work possible.

In the last month, we have seen pro-equality champions sworn into office, including Gwen Moore, Colin Allred, Garlin Gilchrist, Lucy McBath, Steven Horsford, Lauren Underwood, Aaron Ford, Mandela Barnes and Ayanna Pressley. They will continue their justice work, advocating for equality from statehouses to the halls of Congress.

We celebrate revolutionary shows like Pose, which brings the stories of Black, Afro-Caribbean and Latinx LGBTQ people during the tumultuous 1980s into our homes. Pose is helmed by a cast and crew of queer and transgender trailblazers, including HRC honorees Angelica Ross and Billy Porter, Janet Mock, MJ Rodriguez, Dominique Jackson and Steven Canals. Mock made history by becoming the first transgender woman of color to both write, produce and direct for a major network television show.

Artists including Janelle Monáe, Shea Diamond and Jussie Smollett give voice to the stories of the Black LGBTQ community through their music. They challenge us to name the ways that racism intersects with homophobia, biphobia and transphobia -- and to confront the ways these intersecting oppressions deprive LGBTQ people of color of the tools needed to live and thrive.

“I think the most rewarding thing I can do is speak to the times now,” Diamond said in an interview with HRC. “If you listen to your favorite song right now, 20 years from now, would the next generation know that we were struggling and still fighting for rights? Would they know that trans women were being killed at the rate they were being killed?”

We pause to remember and honor our history and those who made today’s victories possible. This year marks 50 years since LGBTQ patrons of Stonewall, led by Black trans women Marsha P. Johnson and Miss Major Griffin-Gracy, decided to take a stand and fight back against the brutal intimidation they regularly faced at the hands of police.

While we celebrate the progress we have made in these 50 years, it is more important than ever to recognize the distance we still have to go to achieve full equality. From turning out to elect pro-equality champions and hosting service projects to empowering HBCU students to become leaders in their campuses and communities, HRC staff, volunteers, members and supporters are on the ground working to drive this country forward at the intersections of LGBTQ equality and racial justice.

This Black History Month, we celebrate the barriers that have broken, recognize the barriers that remain and lift up the voices of Black and LGBTQ advocates challenging systems of power and oppression everyday. We deepen our commitment to those in our community who are still too often at its margins as we work to move equality forward.

Juneteenth And The Fight For Black Liberation 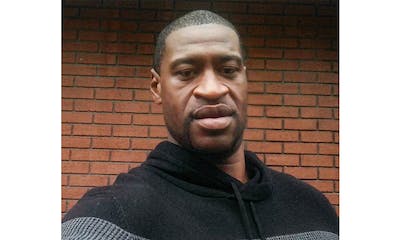 Why We Must Hold George Floyd’s Legacy Close to Heart 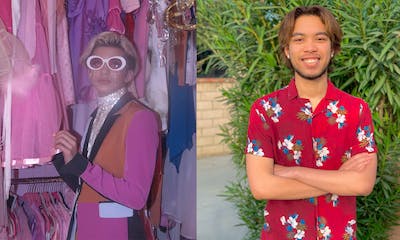