The second year of HRC’s Global Partnerships in Pride program wrapped up in December.

The second year of HRC’s Global Partnerships in Pride program wrapped up in December. The program, which launched in 2017, provided support to many of HRC’s global program alumni as they worked to raise the visibility of the LGBTQ community in their countries. The program supported Prides in eight countries in 2018.

2017's Pride events in countries such as El Salvador, India and Peru included a transgender dance troupe performance and the launch of a new LGBTQ rights organization.

In 2018, we were proud to support the following Prides:

HRC, along with more than 20 businesses and two dozen embassies, supported Sofia Pride on June 9.  Former HRC Global Fellow Denitsa Lyubenov organized the parade, which 4,000 people attended.  Advocates highlighted the need for marriage equality and the rights of same-sex families during a month of events that culminated with the Pride parade. 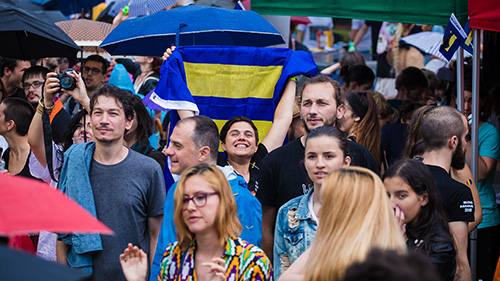 HRC was delighted to partner with HRC Global Innovator Rosanna Flamer-Caldera for the 14th annual Colombo Pride. We worked with Flamer-Caldera’s organization EQUAL GROUND on the IDEA Junction event on June 21, which was part of a month of events and festivities. LGBTQ groups and activists exchanged innovative ideas and strategized on moving equality forward at this event.

Happy #Pride from Colombo, Sri Lanka! We're excited to partner with @HRC to celebrate #LGBTQ equality around the world. ��️‍�� ���� at the IDEA Junction a marketplace for LGBTIQ Groups, organizations and individual activists to strut their stuff!! pic.twitter.com/wE90Zw2aFP

HRC is proud to partner with Equal Ground for #ColomboPride in Sri Lanka. For #PrideMonth, we're proud to celebrate and protect #LGBTQ progress around the globe. ��️‍�������� . . . #Pride #Pride2018 #LGBT #HumanRightsCampaign #SriLanka #��️‍��

HRC teamed up with HRC Global Innovator Thanos Vlachogiannis who organized the 7th Thessaloniki Pride on June 23. More than 18,000 people marched at the parade -- the biggest turnout ever for the event. With the slogan of a "A Family Thing," this year's festivities were dedicated to the rights of LGBTQ people to parenthood and creating families. The organizers sent a message to the Greek government that it still fails to legally recognize and protect LGBTQ families.

We are proud to partner with @humanrightscampaign to celebrate #Pride in Thessaloniki, Greece and stand up for #LGBTQ equality around the globe! ����️‍������ . . . #LGBT #Equality #HumanRightsCampaign #thessaloniki #greece #Pride2018 #��️‍��

HRC was proud to coordinate with Melusi Simelane and his organization Rock of Hope, which organized Eswatini's (formerly known as Swaziland) first-ever pride event on June 30. Hundreds attended the first-ever LGBTQ Pride event in the country where same-sex relationships are outlawed.

.@HRC is proud to partner with @TheRockOfHopeSD to celebrate #Pride2018 in Swaziland. Read more about how the second year of HRC’s Global Partnerships in Pride is supporting #LGBTQ visibility around the world. ������️‍��#EswatiniPride https://t.co/wQIp4V4aKn https://t.co/mLZIKO0AMR

From July 29 to August 6, hundreds of LGBTQ Jamaicans and allies came together to celebrate the country’s fourth annual Pride. HRC was proud to support Equality Jamaica and #PrideJa2018, which saw a total of 13 events over the eight days anchored in the theme of “Centering LGBT People in Jamaica’s Future.” Events included a sports day, an event for LGBT people of faith, a breakfast, a health fair, family funday and much more.

CamASEAN organized a pride storytelling event in which elderly transgender people and their partners shared the hardships they had overcome over the decades in Cambodia. They shared inspiring stories of building and fortifying the country's LGBTQ community. The media and many students attended the event, which HRC was proud to sponsor. 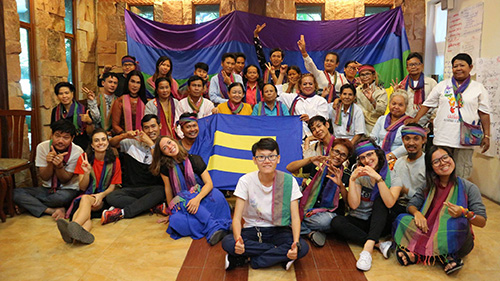 @AWOSHe_Trans happily teamed up with @HRC on the 6th of October in Botswana and held an unforgettable Trans Pride. We celebrated the gender marker change victory and Regrouped for future Trans Rights Litigation. #HumanRightsCampaingn #Botswana #Pride2018 pic.twitter.com/3MRdpisC6X

HRC Global Innovator Jannat Ali organized Pakistan's first-ever transgender pride event in Lahore on December 29.  More than 250 participants celebrated the progress for trans rights in Pakistan, including the passage of a comprehensive national transgender rights law, and sought to dispel myths and stigma about the trans community. HRC, along with Copenhagen Pride and San Diego Pride, were the main sponsors of the event. 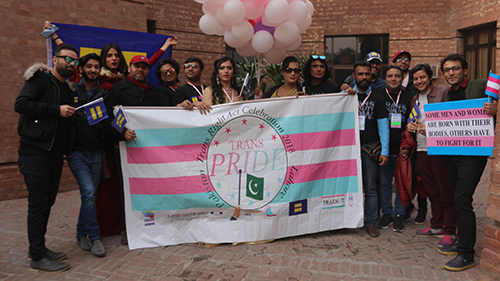