HRC Global is proud to announce its awardees for the third year of the Global Partnerships in Pride program.

HRC Global is proud to announce its awardees for the third year of the Global Partnerships in Pride program. The 2019 partners include advocates and organizations in Colombia, Sri Lanka, Malawi, Ecuador, Ukraine, Barbados, Uganda, Bermuda and Jordan.

Starting with International Day Against Homophobia, Transphobia and Biphobia in May and running through the year, this program celebrates the ways that our partners are working to uplift their communities and fight for equality, even in places where there are still tremendous challenges. Events held each year range from Pride parades and celebrations of faith to showcasing creativity in radio programs, shows and comic books that elevate LGBTQ voices.

This year HRC is proud to support the following Prides:

HRC was honored to partner with Alba Lucía Reyes, director of the Sergio Urrego Foundation and a 2018 HRC Global Innovator, to support Pride Day 2019 in Bogotá with the theme “Difference Unites Us.” The foundation, created to honor the life of Lucía Reyes’ gay son, worked with a coalition of supportive businesses to build conversations around diversity and inclusion. 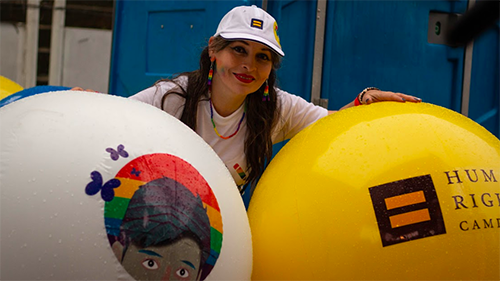 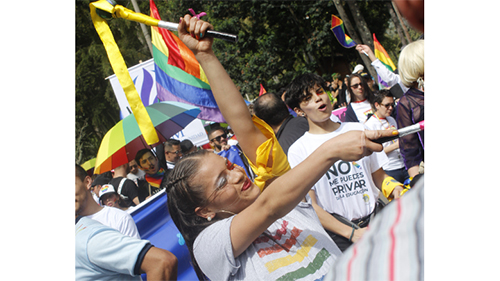 HRC Global Innovator Hasan Kilani hosted an LGBTQ iftar on IDAHOTB in Amman, Jordan. The iftar took place in a private residence and was organized by the Rainbow Street field team and other partners in Amman. It was attended by more than 40 invited guests, including activists and allies from across the country. 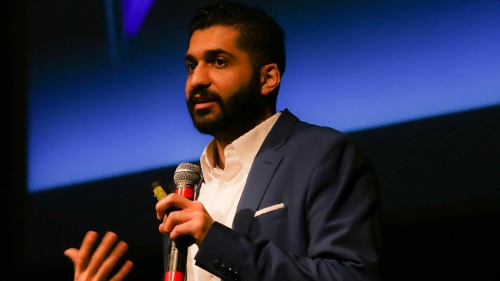 HRC was proud to work with HRC Global Innovator Rosanna Flamer-Caldera for the second year in support of Colombo Pride. Flamer-Caldera’s organization EQUAL GROUND organized two events at Pride this year, IFFLGBTIQ (Friends and Family of LGBTIQ) and the IDEA junction. 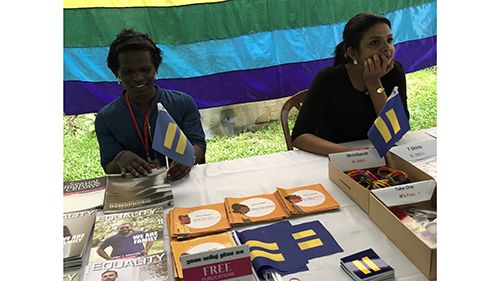 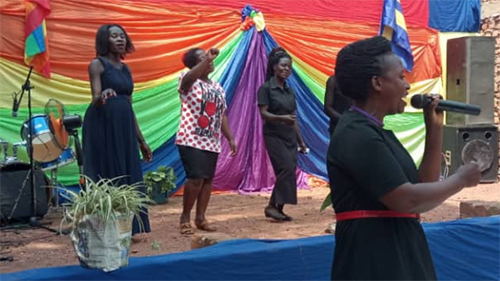 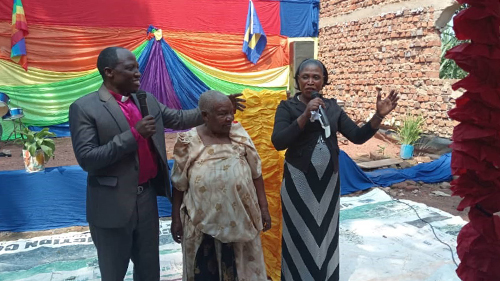 The Pride Barbados Parade marked the culmination of a month of Pride activities in Barbados. For local organizers, including HRC Global Innovator Ro-Ann Mohammed, Pride is an opportunity for the community to speak on its own behalf about the lives of LGBTQ Barbadians and celebrate diversity. 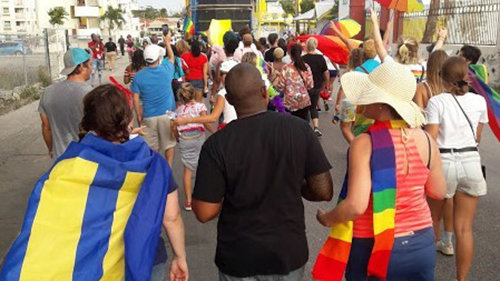 On August 31, Bermuda Pride and OUTBermuda held the island territory's first-ever Pride parade. HRC was proud to support LGBTQ organizers in Bermuda as they worked to spread understanding of issues facing the LGBTQ community and celebrate diversity.

HRC was proud to support Kharkiv Pride and the city’s first-ever Pride march. Organizers, including Women's Sphere Association and other advocates, faced intense opposition from the mayor of Kharkiv, whose administration attempted to shut down Pride. In the end, with the support of local and international allies, the LGBTQ community prevailed and was able to hold a successful event, attended by around 3,000 people. 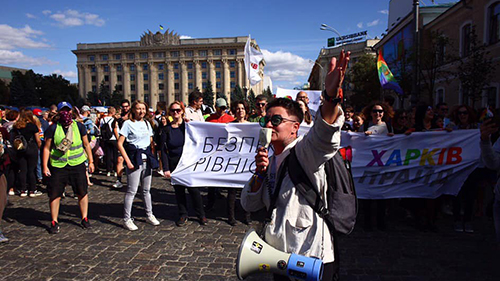 With the support of Partnerships in Pride, HRC Global Innovator Pedro Gutiérrez Guevara and his colleagues at Kaleidos have launched a creative programming series to recognize LGBTQ Awareness Month in Ecuador. Through “Sin Etiquetas,” a weekly radio program, and a youth comic, these advocates are teaching messages of acceptance that will go a long way in fostering understanding and inclusion across the country.

In Malawi, LGBTQ activists with Lesbian Intersex Trans and other Extensions Association, the country's first transgender-led LGBTI organization, celebrated Pride with a social community event. This was an opportunity for LGBTQ people to connect and share their stories, skills and have fun in a safe and welcoming environment.

HRC Global is proud to support our worldwide network of alumni, now with more than 130 incredible advocates in more than 80 countries around the world.

For more information about HRC’s work around the world, visit hrc.org/Global.