Last week, HRC's Jay Gilliam traveled to Beirut to represent HRC Foundation at the Arab Foundation for Freedoms and Equality (AFE), which Lebanese authorities unsuccessfully sought to shut down on the second day of the conference.

Last week, I traveled to Beirut to represent HRC Foundation at the Arab Foundation for Freedoms and Equality (AFE), which Lebanese authorities unsuccessfully sought to shut down on the second day of the conference.

The Muslim Scholars Association speciously alleged that the participants, which were LGBTQ advocates from the Middle East and North Africa region, were promoting “perversion” and drug use. The Lebanese General Security pressured AFE’s Executive Director Georges Azzi to sign a pledge promising to cancel the event and never organize one in the country again. He courageously resisted.

While authorities were able to force the conference to move to a nearby hotel, they did not stop these LGBTQ advocates from organizing to protect their rights to freedom of assembly and expression.

“While we were dancing, the hotel staff – emboldened by the menace of General Security and religious fundamentalists – tried to shut us down, falsely claiming we were having sex in the hallways,” said Jessica Stern, executive director of OutRight Action International, in a powerful reflection on the conference. “While AFE capably managed yet another threat, we experienced one of Lebanon’s customary power outages, plunging us into darkness. It didn’t matter. We were a room of survivors.”

In a statement to the press, the AFE said: “This is not the first time that religious extremist groups, in collaboration with Lebanese authorities, attempt, and sometimes succeed, to shut down events related to gender and sexuality rights.”

During the conference, advocates shared what their work looks like at home and discussed the struggles and accomplishments throughout the region. Most importantly, advocates continued to remain in solidarity throughout. As the conference came to a close, we were all emotionally exhausted but extremely proud of persevering through attempts to take away our rights.

I was honored to connect with the more than 100 advocates from 12 different countries, including past HRC Global Innovators from Tunisia and Lebanon, and to learn about the brave and important work they are doing to advance equality in their home countries. I was also excited to share with them HRC programs including our Global Innovative Advocacy Summit and Global Fellows that support and build on their work.

I understand more than ever how these advocates’ work truly advances LGBTQ rights and I’m so proud that HRC can be in solidarity with AFE and all advocates for equality in the Middle East and North Africa. 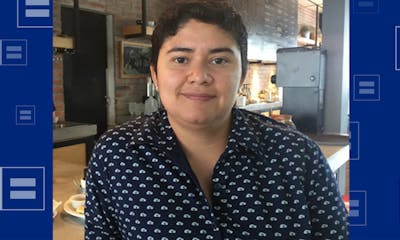