We are taking a look back at significant political moments for LGBTQ equality this decade and celebrating the achievements we have made together as a community.

Throughout the past 10 years, we have made tremendous strides in the LGBTQ equality movement. Over the past three years, however, the Trump-Pence administration has launched an all-out assault on LGBTQ people, and HRC recognizes the work that lies ahead to achieve full equality.

As we approach the end of 2019, we are taking a look back at significant political moments for LGBTQ equality this decade and celebrating the achievements we have made together as a community.

Here are 10 of the standout moments in equality throughout the past 10 years, in no particular order:

The U.S. Supreme Court ruled in 2013 in United States v. Windsor the Defense of Marriage Act, which barred same-sex couples from being officially recognized as spouses, was unconstitutional. This paved the way for the groundbreaking decision in the SCOTUS case Obergefell v. Hodges, when marriage equality became law of the land on June 26, 2015.

Rainbow Wave in 2018 Midterms
During the 2018 midterm elections, HRC celebrated historic victories for LGBTQ candidates and pro-equality allies in key races across the nation. A record number of LGBTQ lawmakers were elected and reelected at all levels, including Angie Craig and Rep. Sharice Davids, who became the first gay Native American lawmaker in Congress. From coast-to-coast, voters showed up to the polls to reject the politics of hate and fear and support pro-equality lawmakers up and down the ballot.

BREAKING: Pro-equality majority secured in the House on #ElectionNight.

That means we are one step closer to passing the Equality Act. pic.twitter.com/JSWs7o7P2I

Takedown of Anti-LGBTQ Politicians
Throughout the decade, several anti-LGBTQ politicans were defeated across the nation. Pat McCrory (eventually) accepted defeat in the North Carolina governor’s race in the fall of 2016. In 2017, pro-equality champion Doug Jones defeated Roy Moore in the Alabama Senate race.

Stonewall Cements Place in History Books
In June 2016, President Barack Obama designated the park at Stonewall as the first-ever national LGBTQ monument, paying tribute to the brave individuals who fought oppression and helped ignite a fire in a movement to end unfair and unjust discrimination against LGBTQ people.

Obama Administration Regulatory Victories
President Barack Obama implemented rules that require all hospitals participating in Medicaid and Medicare programs -- virtually every hospital in the country -- to permit patients to designate visitors of their choosing and prohibit discrimination in visitation based on a number of factors, including sexual orientation and gender identity. President Obama also signed a crucial executive order to protect LGBTQ workers who work for a federal contractor from job discrimination along with a number of other significant policy or regulatory changes. In 2010, the Obama administration also reversed a 22-year ban on travel to the U.S. by people who tested positive for HIV. Prior to the policy change, the U.S. was one of only about a dozen countries with similar travel bans.

Advancements in the U.S. Military
In 2016, the Senate confirmed Eric Fanning to serve as Secretary of the U.S. Army. Sec. Fanning became the first openly gay leader of any U.S. military service, as well as the highest-ranking, Senate-confirmed openly LGBTQ appointed official.

That same year, the Pentagon announced an end to the discriminatory ban on transgender people serving openly in our military. One year later, however, the Trump-Pence administration announced a plan to reinstate the ban in a series of tweets. HRC continues to fight and is currently represented by Lambda Legal and the Modern Military Association of America in a federal lawsuit challenging the constitutionality of the Trump-Pence administration’s ban.

A Faith-Based Perspective on Transgender Inequality 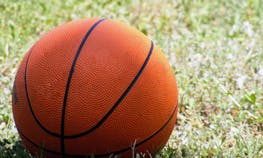 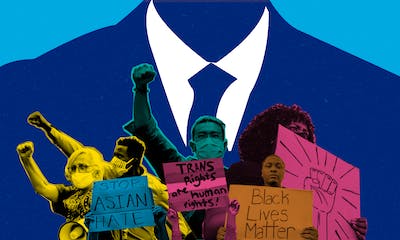 What Do We Need from Corporate America?