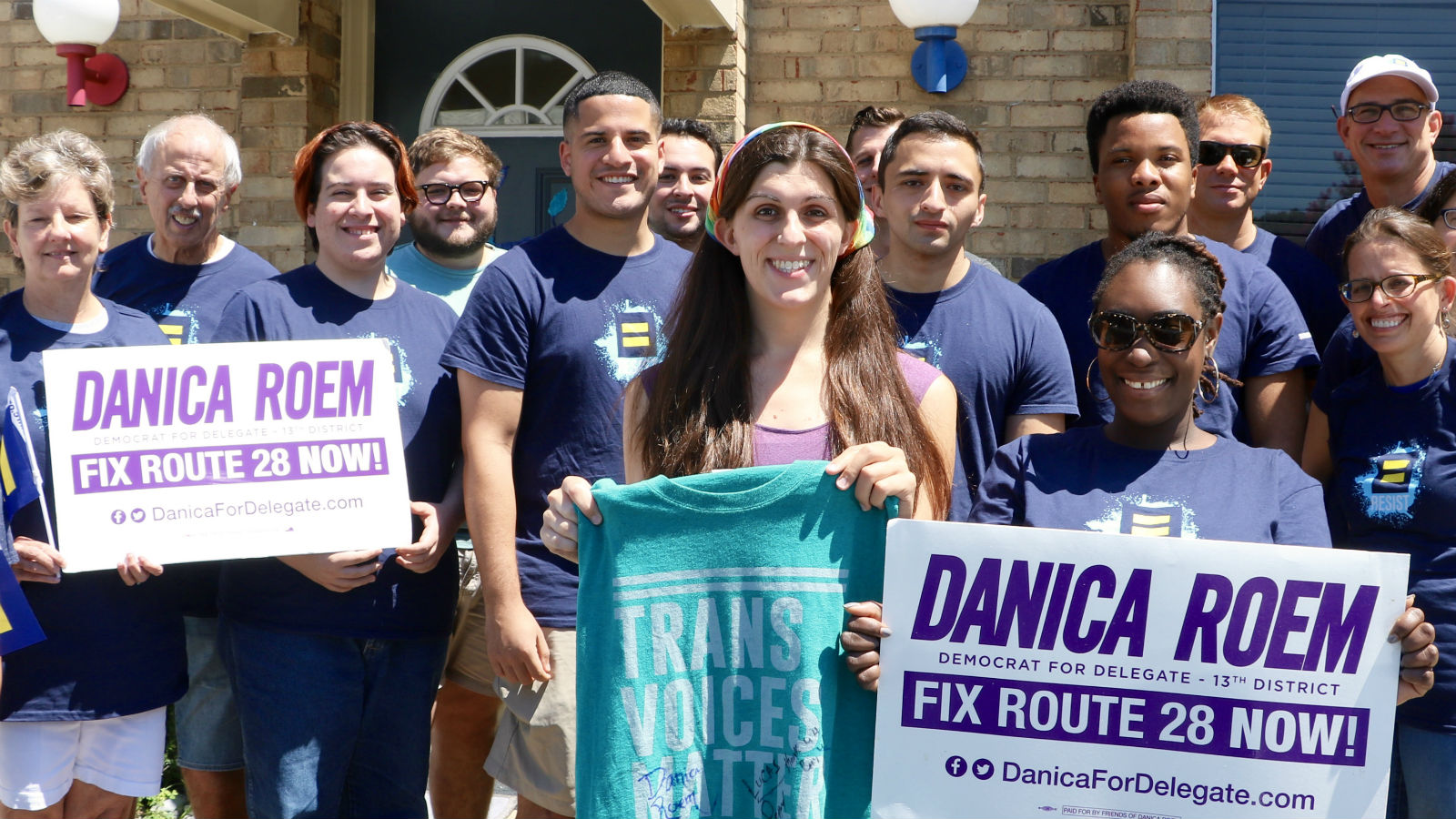 “Danica Roem’s historic victory is a clear warning to anti-equality lawmakers across the country that the days of attacking LGBTQ people to scare up votes are over,” said HRC President Chad Griffin. “HRC was proud to mobilize voters to support Danica Roem’s trailblazing candidacy, and we look forward to working with her to help continue moving equality forward in Virginia.”

“Danica’s victory tonight is not only a victory for transgender Virginians, but for transgender Americans as well,” said Equality Virginia Executive Director James Parish. “Our great Commonwealth has had many significant electoral firsts, and it’s no surprise the diverse and welcoming citizens of Prince William County have chosen to elect the first transgender candidate to any state’s legislative body. Roem ran a smart, issues-driven campaign focused on improving the lives of her neighbors; a campaign that ran counter to her opponent’s divisive and transphobic rhetoric. I, along with Equality Virginia’s staff and board, send our heartfelt congratulations to Danica, and we look forward to working with her at the General Assembly to pass protections for gay and transgender Virginians.”

HRC’s work in the commonwealth is part of a bold, proactive grassroots expansion called HRC Rising — a campaign announced in July to accelerate progress in states from coast-to-coast, resist the politics of hate, fight anti-LGBTQ legislation, and fuel pro-equality candidates and initiatives. The expansion is the biggest strategic investment in the organization’s 37-year history.