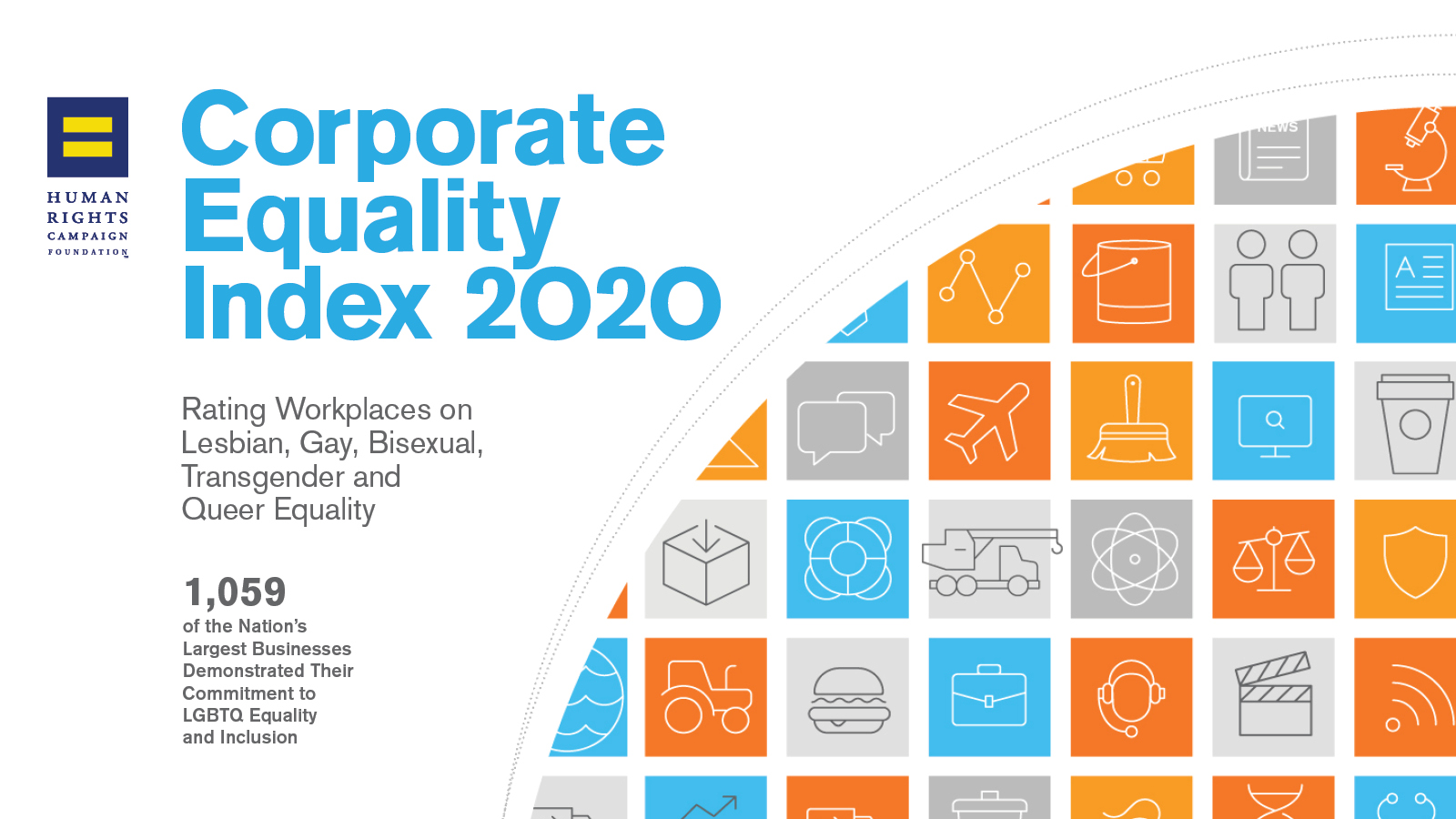 At an event hosted by the Partnership for Global LGBTI Equality during the annual meeting of the World Economic Forum, HRC President Alphonso David today announced that a record 686 of America’s leading companies and law firms are continuing to advance vital and rigorous policies and practices to protect their LGBTQ workers -- both at home and abroad, according to the HRC Foundation’s newly-released 2020 Corporate Equality Index (CEI).

This year, the highest number of companies in the CEI’s 18-year history earned top scores of 100 in the survey, the nation’s premier measure of LGBTQ workplace inclusion, besting last year’s total of 572 by more than 100. These companies -- including 214 Fortune 500 companies and 123 of the nation’s top 200 law firms -- have been designated a Best Place to Work for LGBTQ Equality. Their efforts on behalf of their LGBTQ workers come at a time when the Trump-Pence administration is continuing its sustained attack on LGBTQ people -- from a “license to discriminate” order targeting LGBTQ people as they go about their daily lives to proposing federal regulations to remove protections for LGBTQ employees of federal contractors. These companies have additionally weighed in on global equality and paid family leave.

“These companies know that protecting their LGBTQ employees and customers from discrimination is not just the right thing to do -- it is also the best business decision. In addition, many of these leaders are also advocating for the LGBTQ community and equality under the law in the public square,” said HRC President Alphonso David. “From supporting LGBTQ civil rights protections in the U.S. through HRC’s Business Coalition for the Equality Act, to featuring transgender and non-binary people in an ad in Argentina, to advocating for marriage equality in Taiwan -- businesses understand their LGBTQ employees and customers deserve to be seen, valued and respected not only at work, but in every aspect of daily life.”

For the first time, HRC this year is giving special recognition to the 11 companies that earned top marks on all three of HRC’s workplace equality assessments: the CEI, as well as Equidad MX and Equidad CL. HRC’s groundbreaking Equidad program recognizes Latin American companies and U.S. multinational companies for their work in Mexico and Chile.

“Transforming industry and society takes more than any one organization alone. It takes consistent and sustained effort to overcome longstanding injustices that are codified in bodies of law or embedded in dominant cultural norms,” said Lindsay-Rae McIntyre, Microsoft Chief Diversity Officer. “The Corporate Equality Index sets forth a common standard that I hope all organizations embrace -- challenging us to constructively disrupt systems, drive change within our business and the places where we do business --to be more fair, more caring and more human.”

More than 260 top businesses -- including 191 that earned top scores on the CEI -- are also corporate supporters on the Equality Act, critically important bipartisan legislation that would finally add clear, comprehensive non-discrimination protections for LGBTQ people to our nation's civil rights laws. While the Supreme Court decides whether LGBTQ people are protected by federal employment non-discrimination law, these companies are holding the line for their employees and their families.

Other key findings revealed in the 2020 CEI:

The full report is available online at www.hrc.org/cei.