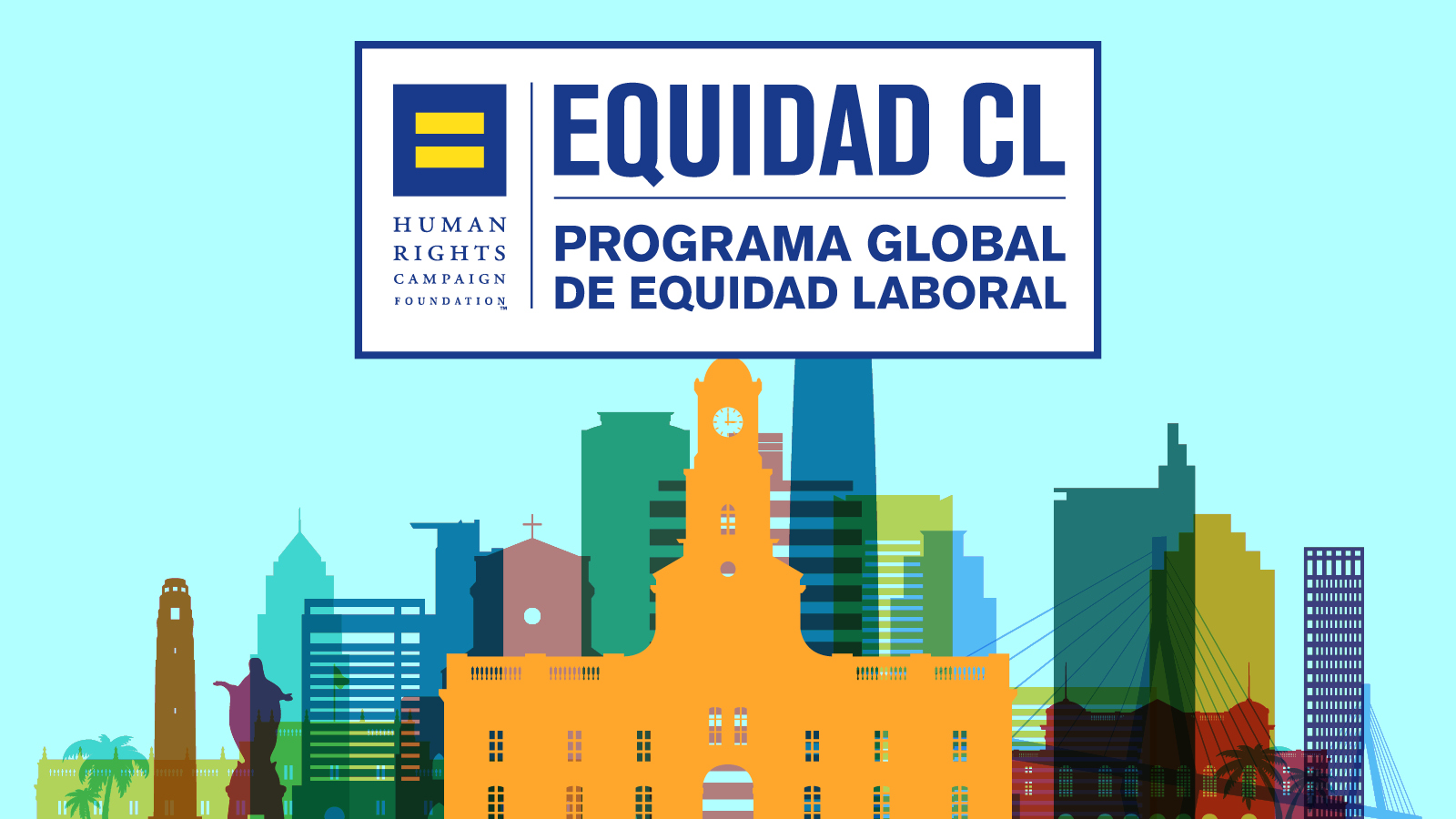 HRC has previously launched the CEI internationally in Mexico, marking the historic HRC Equidad MX initiative that works with leading employers in country to create more diverse and LGBT-inclusive workplaces.

“Following the equality trend across the Americas, Chile is now taking a clear lead by investing in LGBT inclusion in the workplace, which is both fair and smart for business,” said Deena Fidas, Director of HRC Equidad MX and HRC’s Workplace Equality Program. “As we have seen in the U.S. and Mexico, more and more Latin American businesses are interested in working on LGBT diversity and inclusion. This partnership with Fundación Iguales demonstrates our commitment to deliver concrete results for LGBT employees in Chile and around the globe.”

HRC Equidad CL, HRC’s initiative with Fundación Iguales, Chile’s largest LGBT advocacy group, is designed to increase LGBT-inclusive policies and practices in workplaces across Chile,  and recognize companies and U.S. multinationals for their work. Leaders from Chile’s public and private sectors have stood up to affirm the economic case for full workplace inclusion, helping drive the pioneering work being done in the country.

“Working to achieve full LGBT inclusion in Chilean society, our mission has allowed us to train workers from the public and private sectors to create LGBT-inclusive spaces,” said Emilio Maldonado, Executive Director of Fundación Iguales. “We are very proud to carry out this partnership with Human Rights Campaign and to develop better tools to promote talent and LGBT inclusion in business and companies across the nation.”

This innovative program in Chile is similar to the work that HRC has been doing in Mexico through HRC Equidad MX. HRC has twice launched the CEI internationally in Mexico City, where companies leading on LGBT inclusion have been using HRC’s Spanish-language business toolkit. The program provides resources to help train major employers to build LGBT-inclusive environments and implement best policies and practices in workplaces across Mexico.

Fundación Iguales has taken the lead on LGBT rights in Chile, playing a key role in the passage of the 2015 civil unions bill for same-sex couples. HRC 2016 Global Innovator and former Executive Director of Iguales, Luis Larraín, was one of the key advocates for the legislation, and is now running for congress in Chile. As a Global Innovator in 2016, Larraín was selected from a highly competitive group as one of 26 established and emerging advocates to participate in HRC’s inaugural Global Innovative Advocacy Summit.

HRC is proud to join with a number of top rated Chilean companies including Accenture, Google, IBM, J.P. Morgan Chase, Procter & Gamble, SAP, and Uber to celebrate their commitment to LGBT inclusion and adoption of vital LGBT-inclusive policies and practices.

Through its Corporate Equality Index and Global Workplace Equality Programs, the HRC Foundation has established guidelines to implement LGBT-inclusive policies for more than 14.5 million employees worldwide as well as best practices and benefits across major corporations, U.S. multinationals and top business in Latin America.