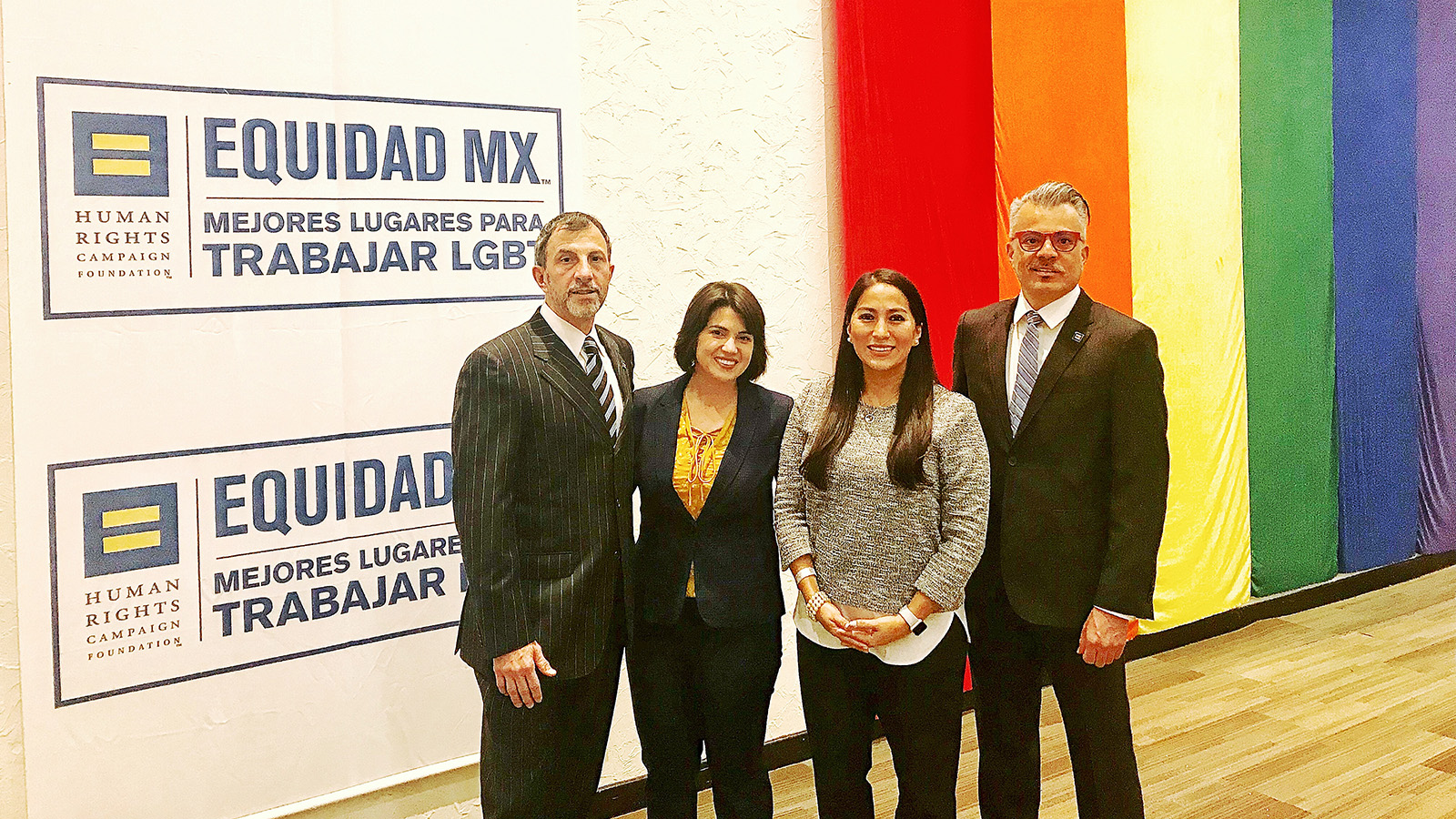 This year, 69 Mexican employers earned the HRC Foundation’s designation of “Best Place to Work for the LGBT Community” or “Mejores Lugares para Trabajar LGBT,” more than doubling the number of Mexican businesses that explicitly support inclusion of LGBT individuals in the workplace, and reflecting the commitment of corporate leaders to advance LGBT equality and foster inclusive and safe workplace environments for their employees.

Following last year’s successful inaugural program in which 32 major employers in Mexico -- including PEMEX, the largest company in the country and one of the largest in Latin America -- earned the HRC Foundation top LGBT workplace inclusion designation, Equidad MX seeks to expand the network of inclusive employers throughout Mexico.

“We are proud to witness the growth of LGBT-inclusive businesses throughout Mexico. This year’s honorees keenly understand that the economy of the future is built with the diverse talent of today, and that LGBT inclusion is key to attracting and retaining the best workforce,” said Deena Fidas, HRC Director of HRC Equidad MX and HRC Foundation’s Workplace Equality Program. “Mexican multinational companies have enormous economies and employ thousands of people. This gives them the ability to influence change on this issue in a unique way, and we are delighted to recognize them for this commitment.”

“HRC Equidad MX 2019 is an unprecedented moment for LGBT inclusion in Mexico and the Latin American region,” said Francisco Robledo and Fernando Velázquez, HRC Equidad MX Implementing Partners. “Corporate leaders in Mexico increasingly recognize that when they stand up for LGBT people, including their own employees, customers, and consumers, they promote justice while also serving their bottom line.”

“Respect and support for diversity has been part of Uber's DNA from day one. We know that one of our main strengths is a diverse and inclusive team that questions the status quo and drives innovation,” said Federico Ranero, CEO of Uber Mexico. “At Uber, we work every day to create a workplace where everyone is respected and included, everyone is able to be who they are, and where authenticity is celebrated as one of our strengths. We are honored to be recognized by HRC Equity MX for second consecutive year.”

“The inclusive culture of Scotiabank is a reflection of our geographical presence. It allows and obligates us to take advantage of the wide range of skills, knowledge and talent in all of our global operations,” said Thayde Olarte, Vice President of Digital Banking at Scotiabank Mexico. “Our diverse talent is both the result of a diverse society and a business strategy. Where there is diverse and inclusive workforce, there is greater productivity, commitment and customer retention.”

For more information on the HRC Equidad MX program, visit hrc.im/equidadMX or email .(JavaScript must be enabled to view this email address) to learn more about participating in the HRC Foundation’s Equidad MX survey.