Making HIV History + A Pragmatic Guide to Confronting HIV at Historically Black Colleges and Universities is a comprehensive guide for HBCU administrators, staff and students outlining many of the critical steps higher educational institutions can take to help achieve an HIV-free generation.

Despite declining HIV infection rates in the U.S., college-aged and Black Americans continue to be at a higher risk of acquiring HIV than the general population. In 2015, youth and young adults ages 13- to 24-years-old represented more than one in five new HIV diagnoses in America. Eighty percent of those diagnoses occurred in people ages 20- to 24-years-old. Among youth diagnosed with HIV in 2015, 55 percent were gay or bisexual Black men. 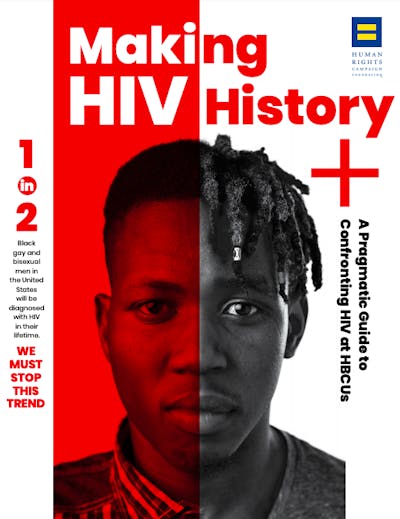