In November 2015, HRC, in partnership with Trans People of Color Coalition (TPOCC), released a report detailing the violence facing transgender people, the realities that conspire to put transgender people at risk, and solutions that can be pursued by policymakers, advocates and public and private sector leaders to address this national crisis.

The victims whose stories follow are more than alarming statistics. They were human beings with friends and loved ones. They were sisters, daughters, advocates, people of faith, students and friends, who had hopes and dreams, and who in too many cases suffered more than their share of challenges. May their tragic deaths inspire us all to join in the fight for justice and equality for transgender people everywhere. 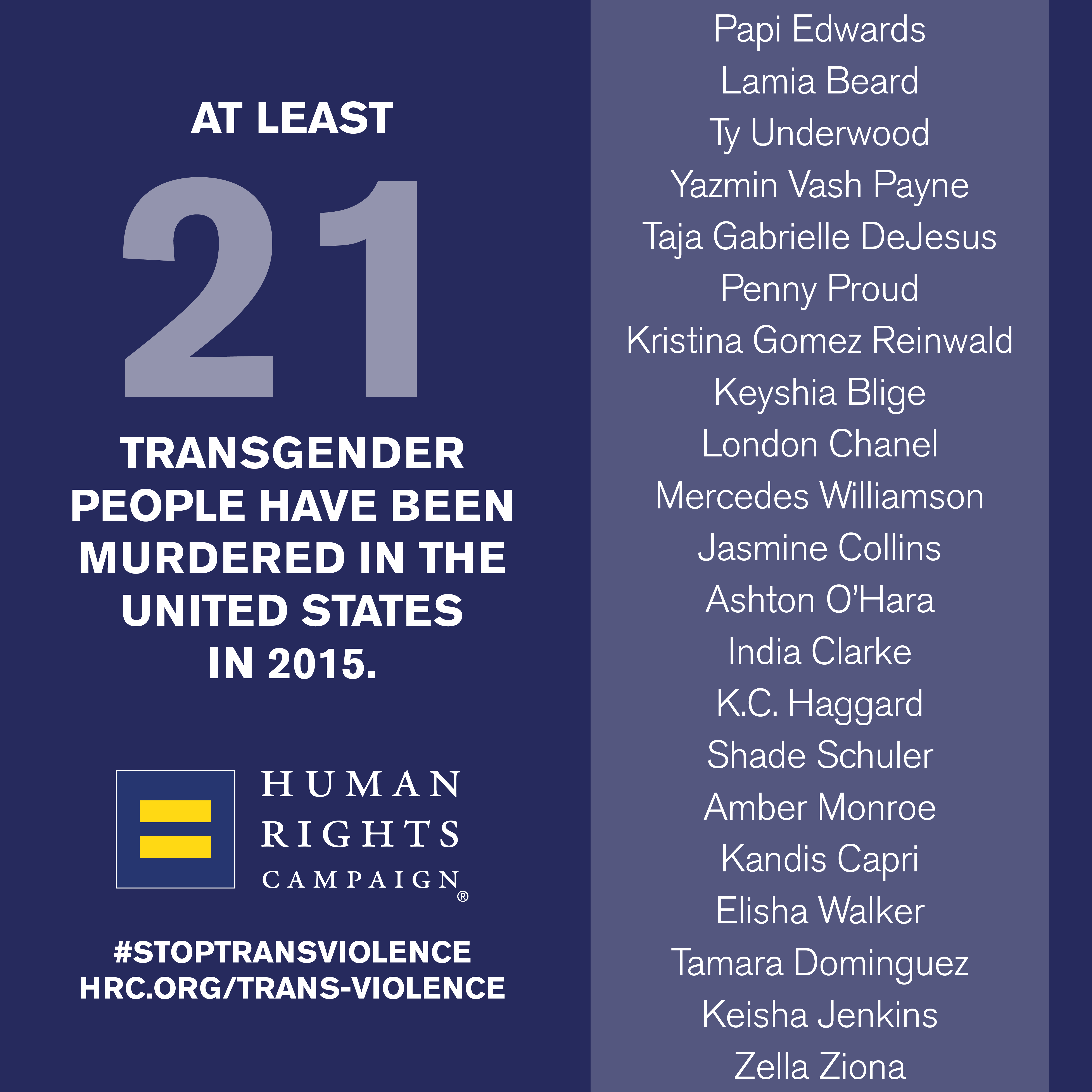