Cypress Ramos was a 21-year-old Latina transgender woman who was loved in her local LGBTQ+ community. Her friend Camilla Urbina said that Ramos supported her drag performances and described a video that Ramos took of one of her performances: “Now that I have a video that she does have, that was from her hands, it just means so much more. I think, if anything, I could say like that was my number one fan.”

On February 13, 2022, Ramos was found dead in Lubbock, Texas. Ramos’ death is at least the third violent killing of a transgender or gender non-conforming person in 2022. We say “at least” because too often these deaths go unreported — or misreported. In 2021, despite limitations in reporting, HRC officially recorded the largest number of fatal trans violence incidents for a second consecutive year since we began tracking this violence in 2013.

A suspect has been charged with Ramos’ murder.

Tragically, interpersonal violence accounts for a significant number of fatalities against transgender and gender non-conforming people. A report by the HRC Foundation, “An Epidemic of Violence 2021,” found that between 2013 and 2021, approximately two thirds of transgender and gender non-conforming people with known killers had their lives taken by an acquaintance, friend, family member or intimate partner. Intimate partners specifically accounted for over a fifth (21%) of all known perpetrators–and it is likely this may even be an undercount. To date, the relationship of the victim to the killer is still unknown for a plurality (43%) of all identified cases of fatal violence.

Additionally, according to the 2015 United States Transgender Survey, 54% of transgender and non-binary people have experienced some form of intimate partner violence in their life. Last year, HRC released a report, titled “LGBTQ Intimate Partner Violence and COVID-19,” which details the increased risk of interpersonal violence faced by LGBTQ+ people that has been exacerbated during the COVID-19 pandemic.

At the state level, transgender and gender non-conforming people in Texas are not protected from discrimination in employment, housing, education and public spaces. While Texas does include sexual orientation as a protected characteristic in its hate crimes law, it does not expressly include gender identity. Though we have recently seen some political gains that support and affirm transgender people, we have also faced anti-LGBTQ+ attacks at many levels of government this year. As of this writing, more than 200 anti-LGBTQ+ bills are under consideration in state legislatures across the country, more than 90 of which directly target transgender people.

In addition to the incidents of fatal violence that we track each year, HRC monitors several concerning deaths of transgender and gender non-conforming people where details are unclear. We call for further investigation into these cases, which currently stand at 14. You may find a list of these cases here.

HRC has also launched the “Count Me In” campaign to encourage everyone, LGBTQ+ people and allies, to get loud, get visible and spread awareness on behalf of transgender and non-binary people. The more people who show they care, including allies and trans and non-binary people who speak up for the most marginalized in our community, the more hearts and minds we will change. Learn more and take action at hrc.org/CountMeIn. 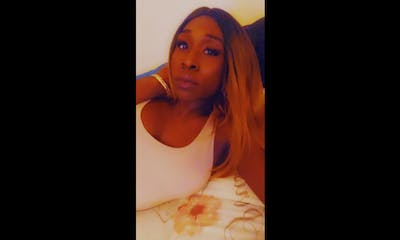