HRC is deeply saddened to learn of the death of Whispering Wind Bear Spirit, a 41-year-old Indigenous non-binary person shot to death in York, Pennsylvania.

HRC is deeply saddened to learn of the death of Whispering Wind Bear Spirit, a 41-year-old Indigenous non-binary person shot to death in York, Pennsylvania. Whispering Wind was shot late in the evening on May 3 and died early on May 4. Their death is at least the 22nd violent death of a transgender or gender non-conforming person in 2021. We say “at least” because too often these deaths go unreported — or misreported.

Whispering Wind, who described themself on their social media as “Shawnee by birth and Potawatomi by relations,” often shared photos of meaningful quotes on their Facebook. Friends and family are remembering them on Facebook, with one sharing “you are missed” and another remembering Whispering Wind as “a beautiful and kind soul.”

According to local media, the York City Police Department is investigating Whispering Wind’s death as a homicide. Anyone with information can call 717-846-1234, submit a tip at 717-849-2204 or contact Crime Stoppers at 755-TIPS.

At the state level, the Pennsylvania Human Relations Commission has extended protections against sex discrimination in employment, housing, and public spaces to include transgender and gender non-conforming people. Pennsylvania does not have a law that explicitly addresses hate or bias crimes based on sexual orientation or gender identity. While recent weeks have seen some gains that support and affirm transgender people, we are also currently facing anti-LGBTQ attacks at many levels of government, with more than 260 anti-LGBTQ bills under consideration in state legislatures across the country, more than 120 of which directly target transgender people. Last week, 2021 set a record as the worst year for anti-LGBTQ legislation in recent history.

In the pursuit of greater accuracy and respect, HRC offers guidelines for journalists and others who report on transgender people. HRC, Media Matters and the Trans Journalists Association have also partnered on an FAQ for reporters writing about anti-trans violence. For more information about HRC’s transgender justice work, visit hrc.org/Transgender. 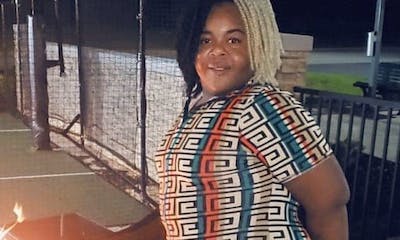