HRC is horrified to learn of the death of Alexandria Winchester, a 24-year-old Latina transgender woman who was shot to death on December 26 in the Bronx, New York. HRC has now tracked at least 44 deaths in 2020 of transgender and gender non-conforming people. We say “at least” because too often these deaths go unreported — or misreported.

Sadly, not many details are currently known about Alexandria’s life. The Ali Forney Center, where she was a client, is working with community partners to host a vigil. “As we mourn this loss, we continue our fight for trans lives, and we hold space for our trans coworkers and clients to bring light to her life and death, to say her name, to hold community, and to affirm that trans lives matter and trans lives are beautiful,” the Center wrote on Facebook.

More than 10,000 hate crimes in the U.S. involve a firearm each year, which equates to more than 28 each day, according to a report from HRC, Everytown for Gun Safety Support Fund, Giffords Law Center and Equality Florida titled “Remembering and Honoring Pulse: Anti-LGBTQ Bias and Guns Are Taking Lives of Countless LGBTQ People.” The report also notes a marked increase in anti-LGBTQ hate crimes, especially against transgender people. Three-fourths of homicides against transgender people have involved a gun, and nearly eight in 10 homicides of Black trans women involve a gun. Further, advocates saw a 43% increase in the formation of anti-LGBTQ hate groups in 2019.

According to local police, a suspect has been arrested and has confessed.

At the state level, transgender and gender non-conforming people in New York are protected from discrimination in education, housing, employment and public spaces. New York explicitly includes both sexual orientation and gender identity as protected characteristics in its hate crimes law. Nationally, despite some marginal gains that support and affirm transgender people, the past few years have been marked by anti-LGBTQ attacks at all levels of government.

In the pursuit of greater accuracy and respect, HRC offers guidelines for journalists and others who report on transgender people. For more information about HRC’s transgender justice work, visit hrc.org/transgender. 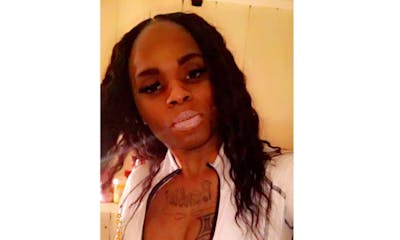