We're building a generation free of HIV and stigma on college campuses.

The HRC Foundation is proud to launch an expansion of the Gen-Z sexual health program and introduce the new cohort of the PrEP Ambassador Program. Through our HBCU Program, 11 students will serve as PrEP Peer Educators to eliminate HIV & AIDS-related stigma on HBCU campuses through public education regarding PrEP, HIV testing & treatment.

The initiative hopes to reach some of the most vulnerable communities including college students by educating them on preventative care as well as on the reality of HIV in 2022. Currently, there are over 1.1 million people living with HIV in the United States, and 1 out of every 5 new cases of HIV come from people between the ages of 13-24. This further impacts Black and Latinx people because of systemic and racial barriers in accessible health and deadly stigma that plagues communities across the country. We see this play out especially in the Southern United States which is home to 52% of new HIV cases. Which is why we launched this program to help young people who are too often left vulnerable to the HIV epidemic.

Fortunately, a preventative drug, PrEP (Pre-Exposure Prophylaxis), has been found to be over 99% effective at preventing HIV during sex. PrEP is most effective if it is taken as prescribed and daily. Through this PrEP Ambassador program, we will be working to ensure that PrEP is offered on or near HBCU campuses. Learn more about PrEP

While PrEP is important in the fight to end the HIV epidemic, fighting the stigma of HIV is just as important and just as life saving. “We must be cognizant of the emotional and psychological impact that HIV and AIDS-related stigma can have on people, especially for students striving to obtain a college degree. Many Black people, including Black LGBTQ+ people, already experience heightened rates of mental health issues. This leads to an overwhelming number of students who do not seek the proper testing and treatment,” said Leslie Hall, the director of the HBCU program.

Hall spoke on the purpose of the initiative, “As a Black gay man and alumnus of two HBCUs, I know our students' challenges when seeking support for their sexual health needs and the stigma they are met with. This program is the first step in providing the support needed to the HBCU community to address HIV & AIDS and eliminate related stigma.” Is PrEP Right For Me? (opens in new tab) 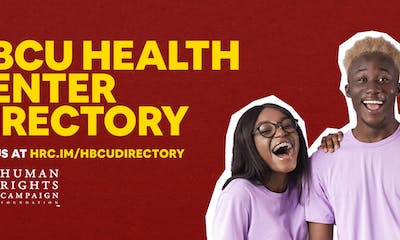 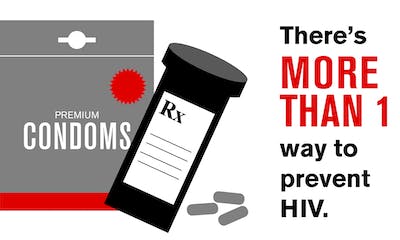 One of the PrEP ambassadors, Derrick Webb, a student at Dillard University in New Orleans, is looking forward to learning more about the intersection of public health, medical injustice and social justice. “Through the initiative, I am being equipped with the necessary tools to fervently advocate and combat health stigmas that plague marginalized communities, especially the Black LGBTQ+ community.”

Talking openly and honestly about HIV provides individuals with information and knowledge that allows them to challenge the stigma and prevent HIV transmission. “Black Americans in underserved areas are not informed of medication that can prevent HIV and ways to combat stigma,” stated Webb. “The HRC Foundation’s HBCU PrEP Ambassador Program challenges these notions by making Black college students aware of treatments and advocates for an inclusive, well-informed society.”

We're building a generation free of HIV and embracing sex positivity with My Body, My Health campaign. Are you in? 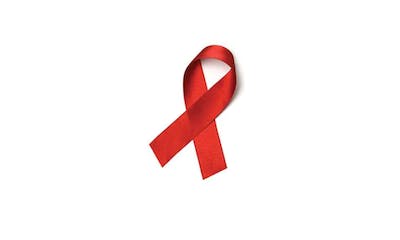