HRC Foundation is excited to introduce the talented leaders driving LGBTQ equality internationally who will be participating in our fourth annual Global Innovative Advocacy Summit.

HRC Foundation is excited to introduce the talented leaders driving LGBTQ equality internationally who will be participating in our fourth annual Global Innovative Advocacy Summit. Selected from hundreds of outstanding applications, this group of 29 advocates from 27 different countries will be in Washington, D.C. from April 22-25 for four full days of learning, sharing and connecting with each other and HRC.

“Each year, we continue to be amazed at advocates like these who are working tirelessly for LGBTQ equality around the world,” HRC Global Director of Leadership Jay Gilliam said. “Their efforts are a testament to the innovation and creativity in our global movement for equality.”

These Global Innovators are using traditional and social media to launch public awareness campaigns that help change hearts and minds and building allyship across places including faith and religious institutions and businesses. They are focusing their attention on the most vulnerable in our LGBTQ community, such as refugees and asylum seekers and transgender, non-binary and gender non-conforming people.

Since 2016, HRC Foundation’s Global Summit has served as a powerful and inspiring way for HRC to connect LGBTQ leaders and allies to help strengthen the capacity of their movements. The 2019 Global Innovators join HRC’s growing network of advocates and partners who represent more than 80 countries. 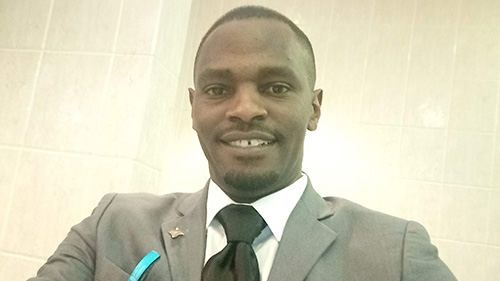 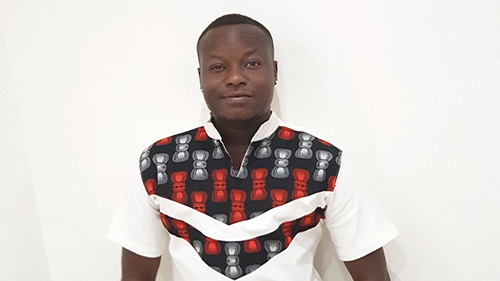 Name: Lawrence Phiri Chipili
Pronouns: He/Him/His
Organization: LITE
Country: Malawi
Innovation: Lawrence Phiri Chipili is the founder of the first LGBTQ organization in Malawi. In 2016, he conducted a needs assessment in both rural and urban areas to better understand the experiences of LGBTQ people. Currently, he is conducting training with medical, police and religious leaders on sexual orientation and gender identity. 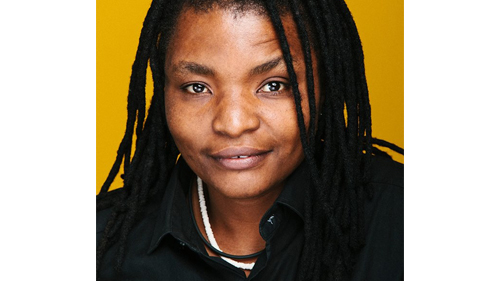 Name: Linda Magano Baumann
Pronouns: She/Her/Hers
Organization: Namibia Diverse Women's Association
Country: Namibia
Innovation: Linda Magano Baumann initiated the Human Rights Defenders Project for LGBTQ people in Namibia, the first of its kind in the country. The project sought to inform LGBTQ people in Namibia of their rights through understanding the Namibian constitution and the work of the African Commission and the United Nations. More than 60 human rights defenders from across the country were trained. 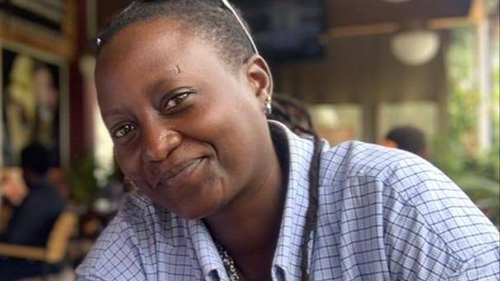 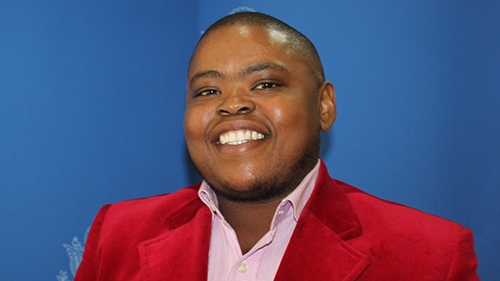 Name: Landa Mabenge
Pronouns: He/Him/His
Organization: Landa Mabenge Consulting
Country: South Africa
Innovation: As a transgender advocate and educator, Landa Mabenge has been involved in the transformation of Stellenbosch University’s Equality Unit. Since 2016, he has been working to create spaces for students who identify as transgender, including securing gender-neutral housing at the university and showing that respecting gender diversity is an important part of health care and health services. 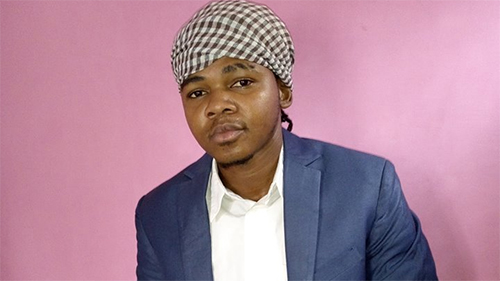 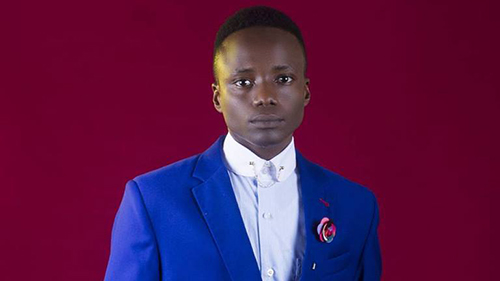 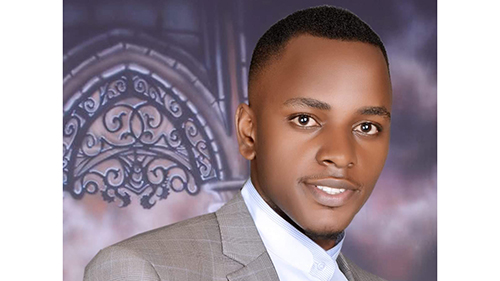 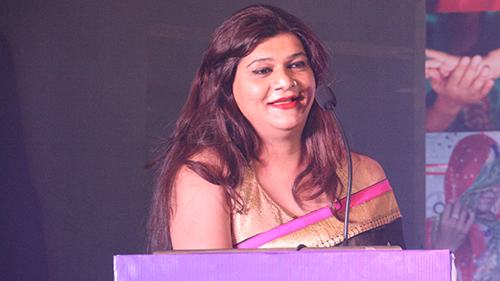 Name: Simran Shaikh
Pronouns: She/Her/Hers
Organization: India HIV/AIDS Alliance
Country: India
Innovation: Simran Shaikh has worked to establish transgender welfare boards at the state level. She seeks to create and enable an environment in which transgender people can begin   to realize their rights. That includes in education, where participants are supported in pursuing vocational training courses. 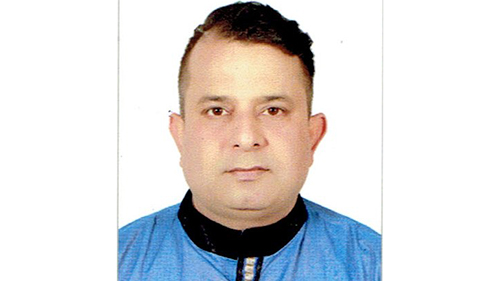 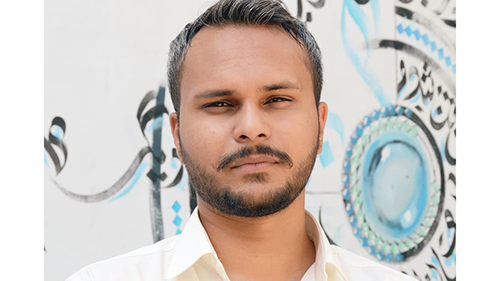 Name: Salman Khan
Pronouns: He/Him/His or She/Her/Hers
Organization: Queeristan
Country: Pakistan
Innovation: Salman Khan is the founder of “Queeristan,” Pakistan's first LGBTQ magazine and e-collective for gender and sexual minorities in the country. Through Queeristan, he is working toward creating safe digital spaces where Pakistan’s LGBTQ community can express its pride, empower LGBTQ youth and challenge stereotypes by advocating for LGBTQ rights in the country. 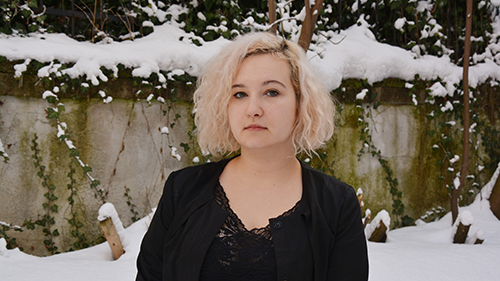 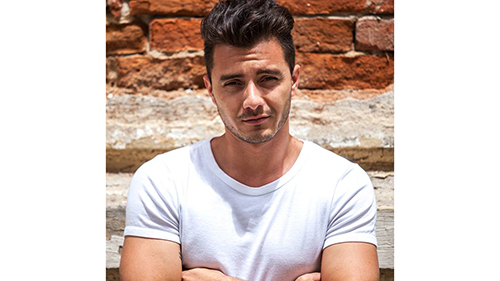 Name: Simeon Vasilev
Pronouns: He/Him/His
Organization: GLAS Foundation
Country: Bulgaria
Innovation: Simeon Vasilev helped to create the first Bulgarian website where anyone can report being a victim or witness of a hate crime. Currently, hate crimes and violence targeting sexual orientation or gender identity are not recognized in the Criminal Code of Bulgaria. 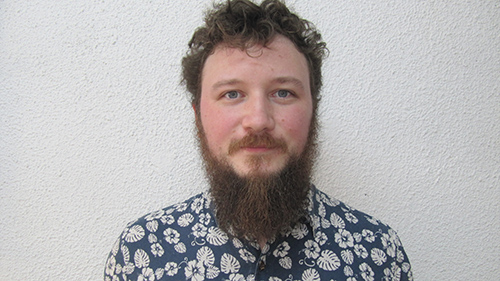 Name: Alex Palas
Pronouns: He/Him/His
Organization: MozaiQ LGBT
Country: Romania
Innovation: From 2017-2018, Alex Palas and MosaiQ worked on building the capacity of the LGBTQ community in large cities in Romania to gain support for LGBTQ issues, and encourage opposition to a referendum that would define marriage as between an man and a woman. Due in part to this work, the referendum was defeated in 2018. 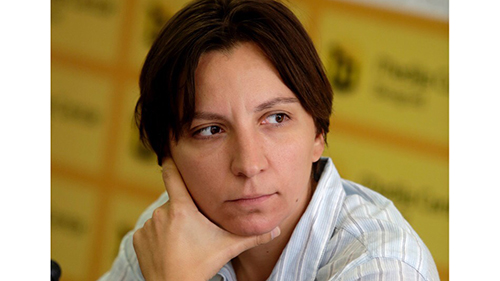 Name: Dragoslava Barzut
Pronouns: She/Her/Hers
Organization: Da Se Zna!
Country: Serbia
Innovation: Dragoslava Barzut is founder of Da Se Zna!, which translates to, “So it is known!” or “Make it known!” The initiative provides an online portal where LGBT people can report incidents of violence and discrimination and serves as a database for such incidents in the interest of holding government institutions accountable. 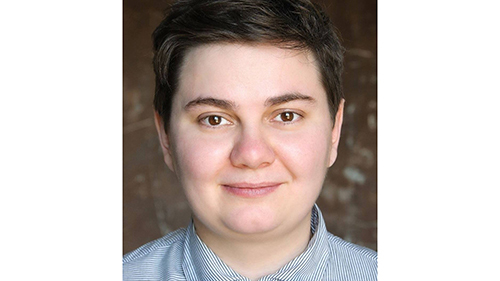 Name: Ruslana Panukhnyk
Pronouns: She/Her/Hers
Organization: KyivPride NGO
Country: Ukraine
Innovation: Through her work as director of KyivPride NGO, Ruslana Panukhnyk has worked on different formats, methods and opportunities to achieve visibility for the LGBTQ community. This has included working with political leaders to include LGBTQ issues in their platforms, engaging celebrities and artists, and lifting up out members of the military. 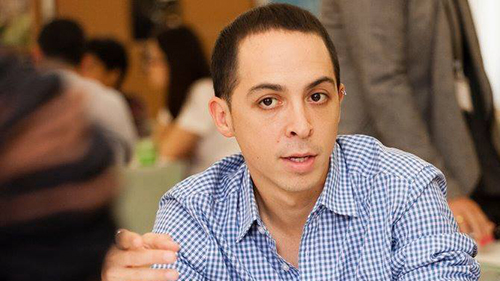 Name: Mariano Ruiz
Pronouns: He/Him/His
Organization: Argentine LGBT Federation
Country: Argentina
Innovation: Last year, Mariano Ruiz designed a program for language and culture classes for LGBTQ asylum seekers in Argentina. The program is currently being implemented with the support of the Buenos Aires government and the Embassy of the Netherlands in Argentina. 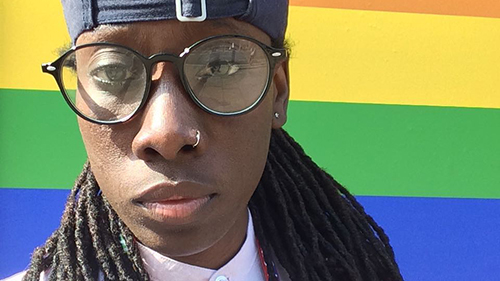 Name: Donnya Piggott
Pronouns: She/Her/Hers
Organization: Barbados - Gays, Lesbians and All-sexuals against Discrimination/ Pink Coconuts
Country: Barbados
Innovation: Pink Coconuts, an initiative by B-GLAD, is a social startup aimed at using tourism to promote a more inclusive Caribbean for both locals and visitors. It uses LGBTQ travel as an incentive for local companies to engage in the values of inclusion and diversity and to include equal opportunity policies for LGBTQ people at the company level. 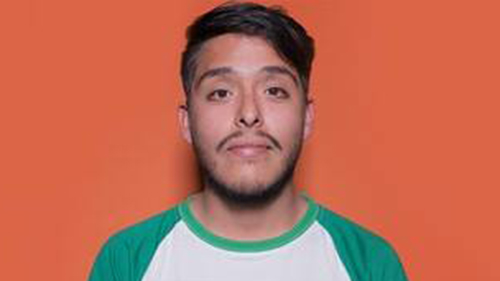 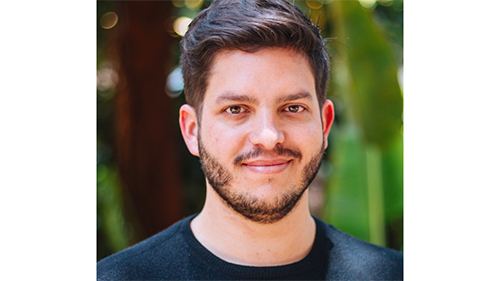 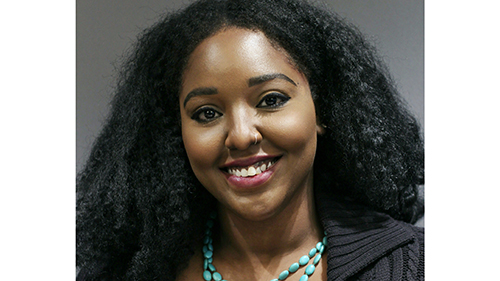 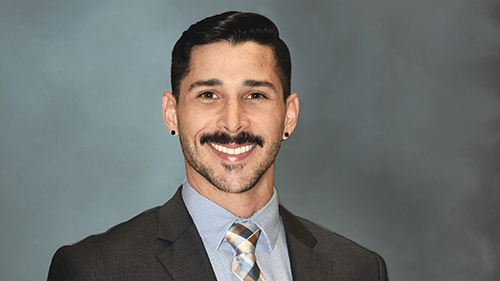 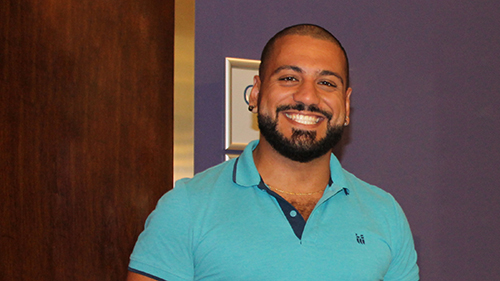 Name: Elie Ballan
Pronouns: He/Him/His
Organization: Arab Foundation for Freedoms and Equality M-Coalition
Country: Lebanon
Innovation: Elie Ballan and his organization created a web portal where users in six Middle Eastern and North African countries can search for LGBTQ-friendly HIV and STI testing centers  and alert other users about the services. He has also appeared on multiple TV and radio networks to openly discuss his sexual orientation and that he is living with HIV. 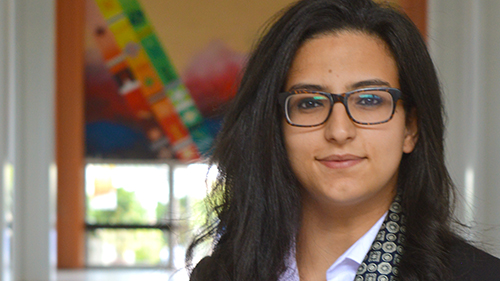 Name: Meriem Hatim
Pronouns: She/Her/Hers
Organization: Union Féministe Libre
Country: Morocco
Innovation: L'Union Féministe Libre is the first organization in Morocco that openly works on LGBTQ rights to be recognized by the Moroccan government. One of its most significant achievements is the creation of the application "Manchoufouch," which tracks gender- and sexuality-based violence in Morocco. 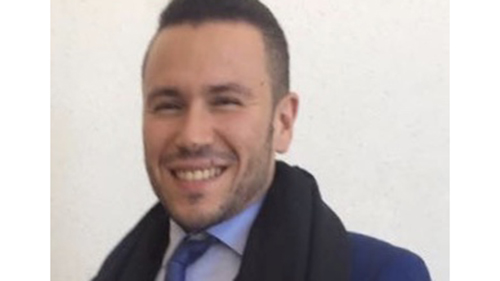 Name: Naoufal Bouzid
Pronouns: He/Him/His
Organization: Equality Morocco, Pan Africa ILGA
Country: Morocco
Innovation: Naoufal Bouzid wrote and submitted a shadow report to the Convention on the Rights of Persons with Disabilities about the discrimination LGBTQ people with disabilities face in Morocco. As a result, the committee raised issues of sexual orientation, gender identity and sexual characteristics with the government of Morocco, and included four of his recommendations in its concluding remarks. 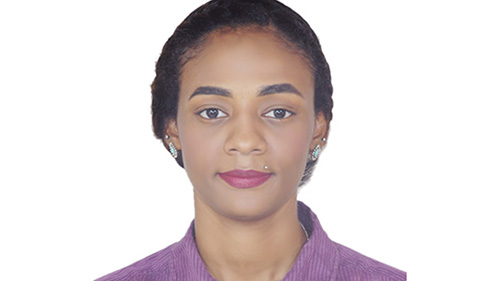 Not all Innovators who participated in the 2019 Global Innovative Advocacy Summit are featured on this blog due to security concerns in their home countries. 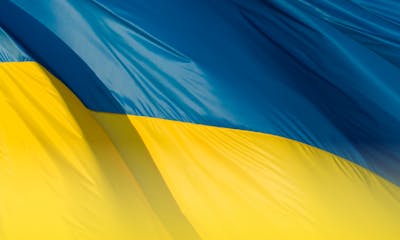 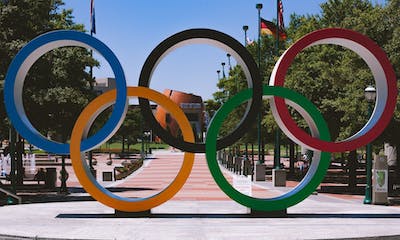