Trans activist and scholar Brynn Tannehill new book, “Everything You Always Wanted to Know About *Trans (but were afraid to ask)," dispels anti-transgender myths.

But as the trans community continues to gain visibility, transphobic rhetoric often brings harm to the community. Trans activists and scholars like Brynn Tannehill are fighting back. She decided to write a book dispel anti-transgender myths.

Tannehill said that the top myth her book dispels is that transgender people choose to be transgender.

“You [can’t] flip a magical switch and say ‘oh I’m not trans anymore,’ or pray enough, or go through some mythical therapy [like] conversion therapy...’” Tannehill said. “That’s the one thing people need to know is that you cannot make a transgender person not trans.”

Transgender people have a lot of visibility and great narratives, Tannehill said, including those of Shea Diamond, a transgender singer and songwriter; 2018 HRC Visibility Award recipient and actor Josie Totah; and Jazz Jennings; and many more.

Although her book doesn’t “hit on everything,” it provides an intersectional outlook on transgender rights and how it fits into feminism, gender, immigration rights racial justice, prison rights, military service, sexual assault and more.

“There’s violence against trans women of color that a lot of people feel like they can just ignore… and this is very much institutional racism both inside and outside of the transgender community,”  Tannehill said. “We need to talk about trans people in immigration systems, who are… more likely to be sexually assaulted… This says horrible things about us as a country, as a people, that we’re willing to tolerate such high levels of violence against a vulnerable minority.”

Last month, HRC Foundation released "A National Epidemic: Fatal Anti-Transgender Violence in America in 2018," a report honoring the at least 22 transgender people killed in 2018 and detailing the contributing and motivating factors that lead to this tragic violence.

Recent reports found that Roxana Hernández, a transgender refugee fleeing transphobic violence in Honduras, was denied medical treatment for several days and was physically abused while in ICE custody before her tragic death.

This crisis further emphasize the importance of eradicating transphobia, and books like  Tannehill’s add an important aspect in educating the public.

Get a copy of “Everything You Always Wanted to Know About *Trans (but were afraid to ask)” on Amazon. 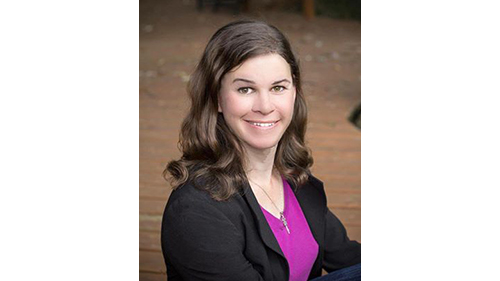 Ahead of TDOR, We Remember Angel Naira, Black Trans Woman Who “Loved Everyone”