In 2020, the election of Joe Biden and Kamala Harris proved that equality is a winning issue. For four years, the Trump-Pence administration systematically attacked LGBTQ people and our nation’s most sacred institutions. As we breathe a welcomed sigh of relief, we look toward a new administration that has the opportunity to deliver real positive change for LGBTQ people’s daily lives.

Following the momentous election of Biden and Harris, the Human Rights Campaign issued its Blueprint for Positive Change, an important brief that includes over 85 policy recommendations reaching across the federal government, aimed at improving the lives of millions of LGBTQ people at home and abroad.

Now in office, President Biden and Vice President Harris are demonstrating they are not only our allies but true advocates for equality.

Beginning even prior to day one in office, President Biden and his administration have already made rapid, unprecedented progress toward advancing LGBTQ equality.

When the Senate confirmed Buttigieg on a strong bipartisan vote, he became the first openly LGBTQ, Senate-confirmed person to lead the department and hold a Cabinet-level position. When she is confirmed in the coming weeks, Dr. Rachel Levine would become the first openly transgender, Senate-confirmed official. And in Lloyd Austin, we have a defense secretary who assured HRC President Alphonso David of his commitment to equality and that he would prioritize the immediate reversal of the discriminatory ban on transgender military service. Austin kept his promise, as the ban was lifted just days after he was confirmed.

Starting on day one, the Biden administration rolled out the door the most substantive, wide-ranging LGBTQ executive order in U.S. history that implements the U.S. Supreme Court ruling in Bostock v. Clayton County.

This executive order will immediately have a real and practical impact on the day-to-day lives of approximately 11 million LGBTQ adults and millions more LGBTQ youth in the United States.

It means that a bisexual woman cannot be fired from her job just because her employer learned of her sexual orientation.

It means that a non-binary person cannot be denied a credit card just because the financial institution sees their history of name change.

It means that a gay student cannot be prohibited from going to his public high school’s prom because his date is also a boy.

It means that a hospital cannot refuse to treat a broken ankle just because they learn that the patient is a transgender man.

In short, the issued executive order will be life-changing for millions of LGBTQ people across the country.

Also on day one, the administration issued a number of executive orders on advancing racial equity and support for underserved communities, including people living with disabilities, religious minorities, members of the LGBTQ community and those living in rural areas.

Equally as important, the Biden administration not only took affirmative action on advancing LGBTQ rights but also acted to reverse a number of Trump administration attacks and discriminatory policies, including the reversal of a last-minute attempt to unjustly limit the Supreme Court’s ruling in Bostock.

President Biden also took a firm stance on transgender rights, and issued an executive order to reverse the ban on transgender military service — a decision that will allow thousands of transgender service members to no longer be forced to continue hiding their identities while serving in our military.

“The government will begin the process to eliminate an arbitrary and discriminatory executive action that has not only harmed transgender service members but our entire military,” said HRC President Alphonso David on the repeal of the transgender military ban.

“The greatest military in the world will again value readiness over bias, and qualifications over discrimination.”

There are thousands transgender members of the U.S. military, making the Department of Defense the largest employer of transgender people in America.

With the repeal of this ban, qualified patriots everywhere have an equal right to serve openly and free of discrimination.

Joining in on President Biden’s commitment to the health and wellness of our community, it was a welcome breath of fresh air to witness first lady Dr. Jill Biden visiting the foremost LGBTQ community health center in Washington, D.C.

For decades, Whitman-Walker Health has provided crucial services and support to LGBTQ people and people living with HIV and AIDS. Dr. Biden’s visit proves she and the Biden administration understand the importance of providing resources to LGBTQ-focused health centers and addressing health disparities among the most vulnerable.

The full slate of President Biden’s executive orders since day one marked a welcome shift from the politics of fear, xenophobia and discrimination to an administration that embraces our world and its people.

Elections do matter and elections have consequences.

With support for LGBTQ equality continuing to increase among the American public, we now have a record number of newly elected LGBTQ officials across the country, a 117th Congress with a pro-equality House of Representatives and Senate and champions in President Biden and Vice President Harris, who are committed to advancing LGBTQ rights.

HRC understands that the Biden administration will continue to commit to advocating for equality even beyond its first 100 days and continue to ensure that the issues and experiences of the LGBTQ community continue to be uplifted and centered.

Learn more about how HRC is advocating for the Biden administration to advance equality and improve the lives of LGBTQ people by checking out HRC’s Blueprint for Positive Change 2020. 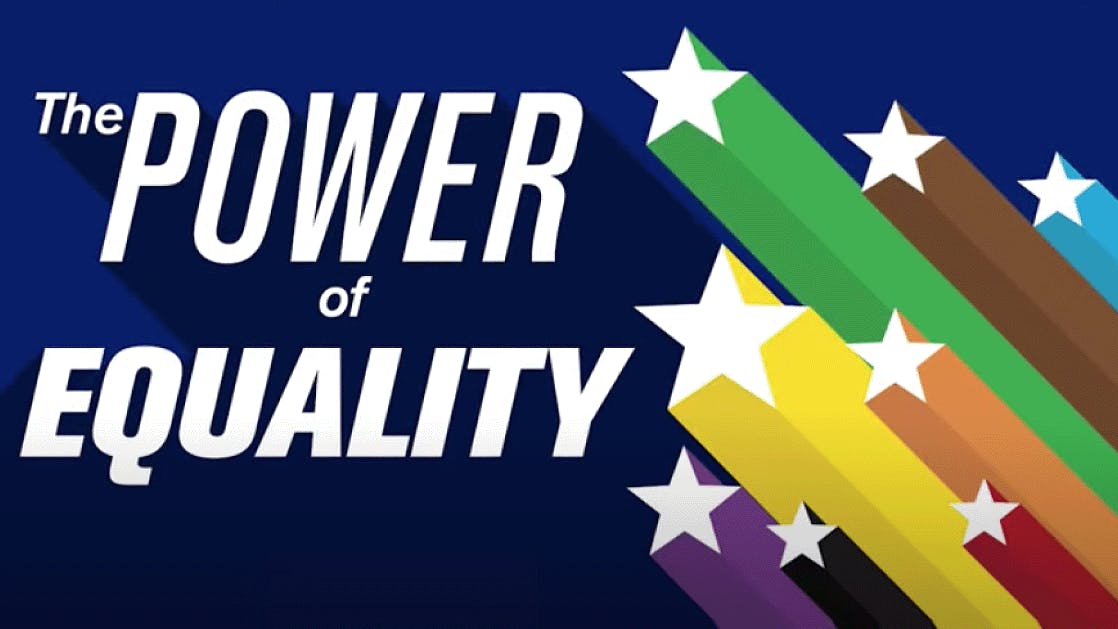 Play the Video: LGBTQ+ Inaugural Event: The Power of Equality

To commemorate the historic election of Joe Biden and Kamala Harris on January 20, the Human Rights Campaign broadcasted “The Power of Equality,” an online premier inaugural event with a slate of special guests and performances featuring LGBTQ and allied stars and a number of elected officials.

“The event will democratize the inauguration experience by inviting our more than 3 million members and supporters to take part in this historic moment and break the traditional bubble of a Washington insider experience,” said HRC President Alphonso David on the event.

“[W]e have an incredible opportunity… an opportunity to build an economy back better, and this time bring everybody along; an opportunity to lead with facts, science and truth and bring an end to this pandemic; an opportunity to take the existential threat of climate change; to bring greater racial justice and equity to every part of our society… to set us on a course for a brighter future,” said President Joe Biden.

“[W]e are proud that this new Cabinet will be just as President Biden promised — one that looks like America...the first ever that is evenly balanced by gender and the first where the majority are people of color,” said Transportation Secretary Pete Buttigieg on Biden’s historic nominations.

“The Power of Equality” virtual event was a proud and celebratory moment and also part of a long-standing tradition of the LGBTQ community to commemorate the inauguration of the president and vice president of the United States.

Since 1993, the LGBTQ community has commemorated the inauguration of the president and vice president of the United States four times — twice each for Clinton and Gore, and Obama and Biden. On January 20, 2021, the LGBTQ community continued the tradition with the “Power of Equality” online LGBTQ inaugural event for people to watch and celebrate in their homes across the country. 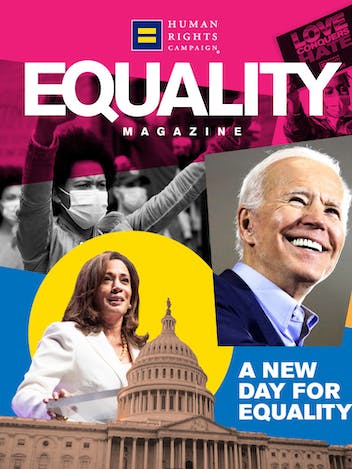