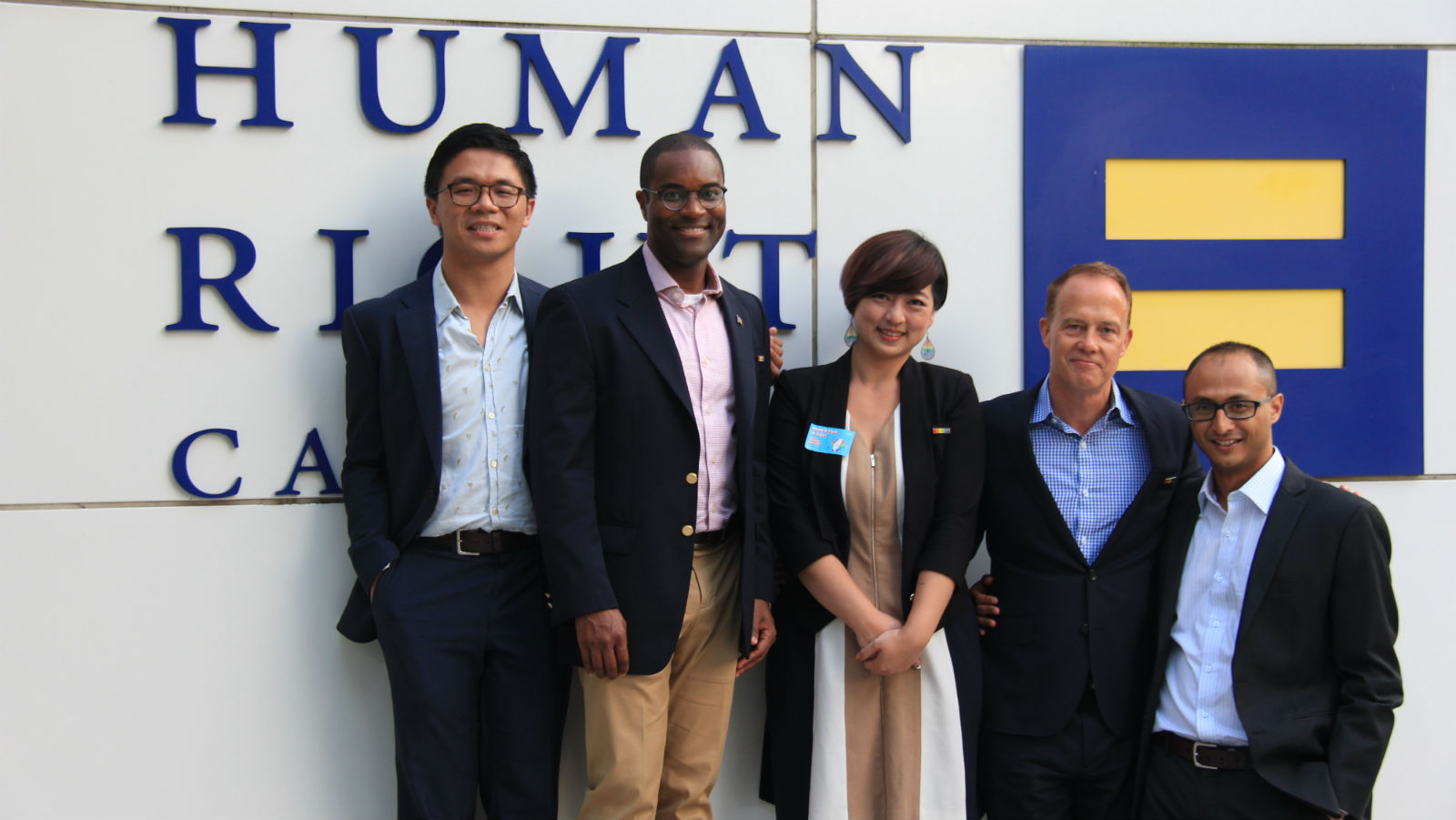 In November, marriage equality will be on the ballot in Taiwan as advocates seek to defend Taiwanese progress on LGBTQ rights.

Last May, the Taiwanese Constitutional Court issued a historic verdict declaring that existing law, which prevents marriage equality, was unconstitutional. The decision called for either the Civil Code to be amended or for a new law to be enacted that would permit marriage equality.

The National Yuan, Taiwan’s legislature, has until May 2019 to enact marriage equality into law. If it fails to act, same-sex couples automatically receive the right to marry.

Anti-LGBTQ groups in Taiwan mobilized to derail this progress. With the support of American exporters of hate, such as Brian Brown, anti-LGBTQ advocates succeeded in getting measures put on the November ballot to prevent marriage equality. They are also attempting to stop LGBTQ-inclusive education in schools which is currently provided for by law.

HRC spoke with 2016 HRC Global Innovator Jennifer Lu, who heads the Marriage Equality Coalition Taiwan, about the work to protect Taiwan’s progress towards marriage equality and uphold the law that allows for inclusive gender education.

Can you tell us more about the referendum? What are its implications for LGBTQ people in Taiwan?

On November 24, there will be five referenda on the ballot in Taiwan pertaining to LGBTQ rights -- three of which are supported by anti-LGBTQ groups. These anti-equality measures seek to define marriage as between one man and one woman, create a separate law for same-sex couples as a lesser alternative to marriage, and to roll back LGBTQ-inclusive portions of Taiwan’s Gender Equity Education Act, which for 14 years has ensured students learn respect and understanding for LGBTQ peers.

Of the two ballot measures proposed by LGBTQ advocates, the first seeks to affirm the Constitutional Court’s 2017 ruling that same-sex couples in Taiwan have the freedom to marry. The second seeks to safeguard LGBTQ-inclusive portions of the Gender Equity Education Act.

How is the Coalition working to ensure that the anti-LGBTQ measures do not succeed?

We’re building a grassroots campaign unlike anything Taiwan has seen before. Every day, our volunteers across the country are engaging voters about the importance of marriage equality and inclusive education. We’re organizing events that equip volunteers with the tools they need to talk to the people in their own lives -- their parents, grandparents, colleagues -- to make sure they’re voting. We’re also running an ambitious advertising and media campaign to ensure voters get to know their LGBTQ neighbors and the people who love them. We thank HRC’s members and supporters for providing $10,000 of support to a vital member of our coalition, the Taiwan Tongzhi (LGBT) Hotline Association.

There are alarming reports that American exporters of hate have been working to stop marriage equality in Taiwan. What can advocates do to counter their messaging?

The National Organization for Marriage instigated the three anti-LGBTQ measures on the ballot in November. Brian Brown has been here, working to galvanize anti-equality groups. Their materials are often carbon copies of the same messaging and scare tactics debunked and defeated in the U.S., Ireland, Australia, and elsewhere. They’re trying to use fear to divide society, but their fear-mongering won’t work because Taiwanese society is rooted in mutual respect.

What can the international community do to support you in the lead up to the referendum?

If anyone has family and friends who are voters in Taiwan, please reach out to them to ensure they vote on Nov. 24. Also, join HRC and other co-sponsors at an event on November 2 at the Stonewall Inn in New York City that supports our campaign for equality.