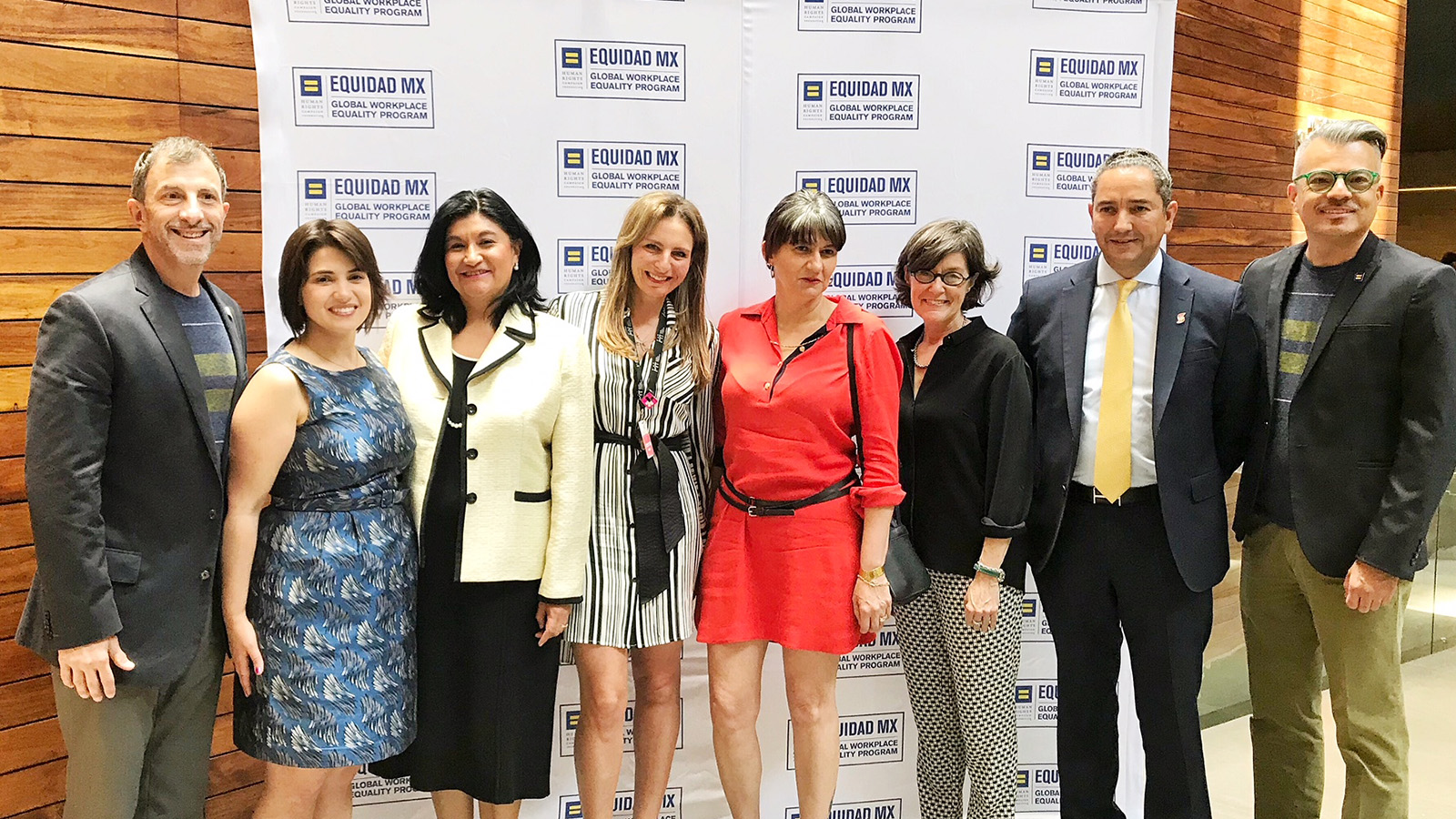 Today, HRC Foundation hosted an event at the Museum of Memory and Tolerance to honor the museum, government officials and corporate partners for their growing commitment to greater LGBT inclusion. The event also celebrated the museum’s first LGBT-themed exhibit -- “LGBT+. Identity, Love and Sexuality”, which includes mention of HRC’s Equidad MX program among important equality efforts that are driving change in Mexico.

“I celebrate with great enthusiasm the actions and initiatives by the civil society in recognition of the rights of the LGBT community, particularly those accomplished by ADIL. I also applaud the Museum of Memory and Tolerance’s initiative to create the exhibit ‘LGBT + Identity, Love and Sexuality,’ which generates and raises public awareness about the need to respect diversity, and the understanding of gender identity and sexual orientation,” said Norma Inés Aguilar, Chief of Staff for the Minister of Public Administration.

“Today, Mexico is experiencing greater LGBT inclusion in different areas of society. The museum seeks to honor this social transformation and highlight the importance of having inclusive spaces where everyone is welcomed, regardless of their gender identity or sexual orientation,” said Linda Atach, Director of Temporary Exhibits at Museum Memory and Tolerance. “The exhibition is a channel of expression to understand the challenges, achievements and realities surrounding the LGBT + community, a path that denounces indifference, intolerance and discrimination, with the aim of generating respect and inclusion through deep knowledge of the LGBT community.”

“HRC welcomes the voices of so many leaders from across Mexico’s business, public and civil society sectors to promote LGBT equality as we head into Pride month. Now is the time for all of us to join in partnership and stand for our values of inclusion” said Mary Beth Maxwell, HRC’s Vice President for Programs, Research and Training.

“The unprecedented success of HRC Equidad MX demonstrates the commitment by major employers in Mexico to foster and support LGBT-inclusive workplaces. Mexico is now taking the lead by engaging corporate and government leaders to start a national dialogue for LGBT inclusion,” said Deena Fidas, HRC Director of HRC Equidad MX and HRC Foundation’s Workplace Equality Program. “The Museum’s pioneering exhibit solidifies the visibility of the LGBT community in Mexico and reflects the rich and diverse history of its people. HRC is deeply honored to be included in the first-ever LGBT exhibit at the Museum of Memory and Tolerance in Mexico City.”

Earlier this year, the Museum of Memory and Tolerance launched the LGBT exhibition to generate greater public awareness about the richness of LGBT diversity, gender and sexual orientation. The exhibition is made possible by the support of the Mexico’s government and corporate sponsors committed to work for greater LGBT inclusion.

HRC is proud to join with Pride Connection and corporate sponsors Scotiabank, Grupo Modelo México, Marriott International and Vice Media to honor the museum’s efforts and its commitment to participate in the HRC Equidad MX survey to continue their long history for LGBT equality.

Since September 2016, HRC Equidad MX has been working with Mexican-based companies to promote awareness about the importance of LGBT diversity and inclusion in workplaces across the country. The program creates consulting and education models for Mexican companies and organizations interested in furthering their inclusivity efforts.

For more information on the HRC Equidad MX program, visit hrc.im/equidadMX or email .(JavaScript must be enabled to view this email address) to learn more about participating in the HRC Foundation’s Equidad MX survey.