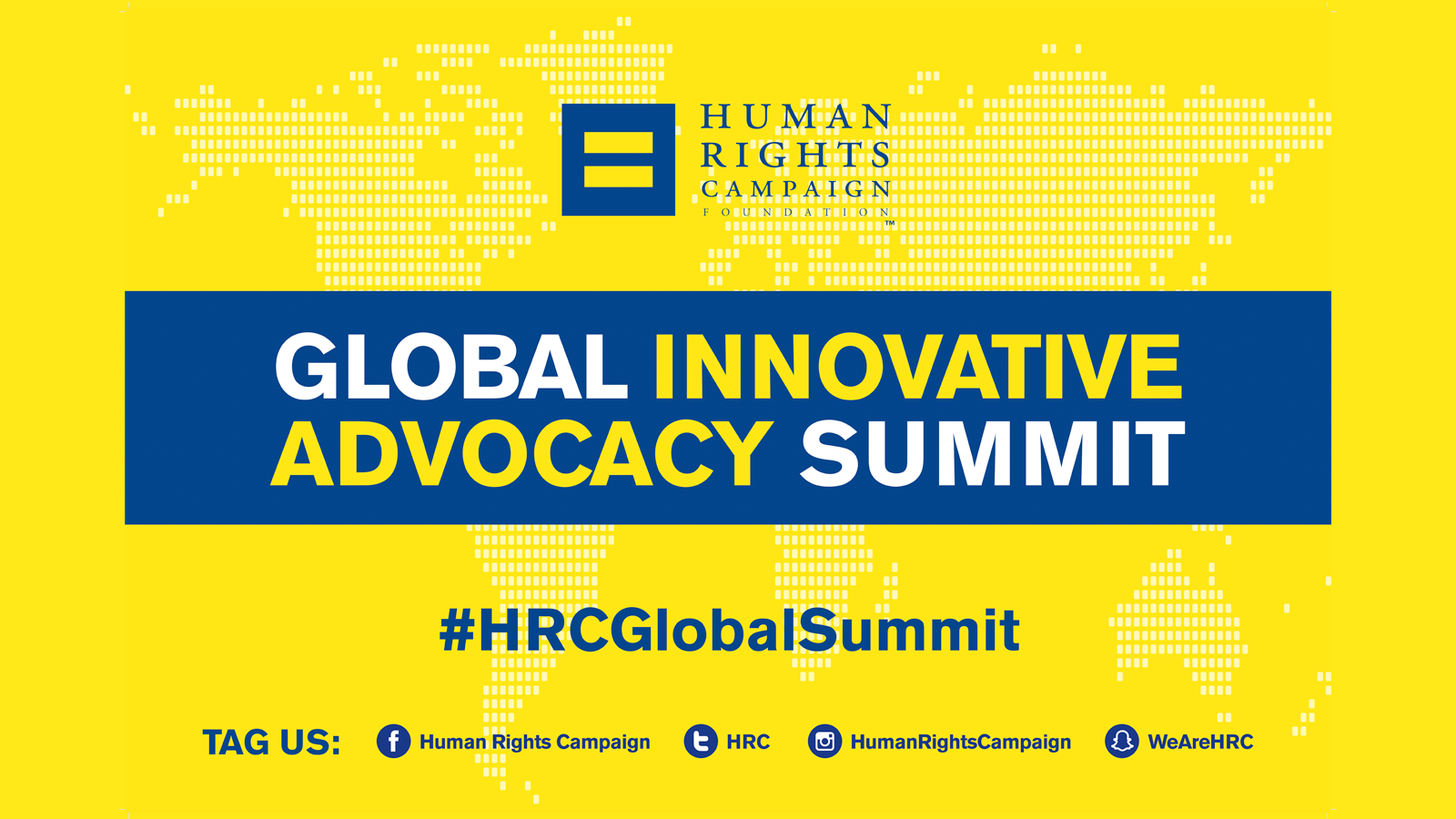 HRC is committed to supporting the work of talented leaders driving LGBTQ equality in countries around the world. That is why the HRC Foundation is convening its fifth annual - and first virtual - Global Innovative Advocacy Summit as a powerful way to connect LGBTQ leaders and allies to help strengthen the capacity of their movements. Selected from hundreds of outstanding applicants, an inspiring group of 31 advocates from 25 different countries came together on June 24, 2020 to launch a series of virtual programs over the next four months during which they will learn, share, and build on their networks for LGBTQ equality.

The COVID-19 pandemic has been unsparing and resulted in new and serious threats to the lives and work of LGBTQ advocates.  Yet even in the face of new challenges, these Global Innovators are doing amazing work in their countries and around the world to secure the equal rights and well-being of LGBTQ people. They are educating allies about the unique needs of vulnerable populations of our LGBTQ community, including intersex, transgender and gender non-binary people, women, religious minorities and youth. And they are leading this work with creativity, ingenuity, and passion, using new technologies, innovative campaigns and rigorous research.

The 2020 Global Innovators now join HRC’s growing partners network of over 170 advocates from almost 90 countries around the world. 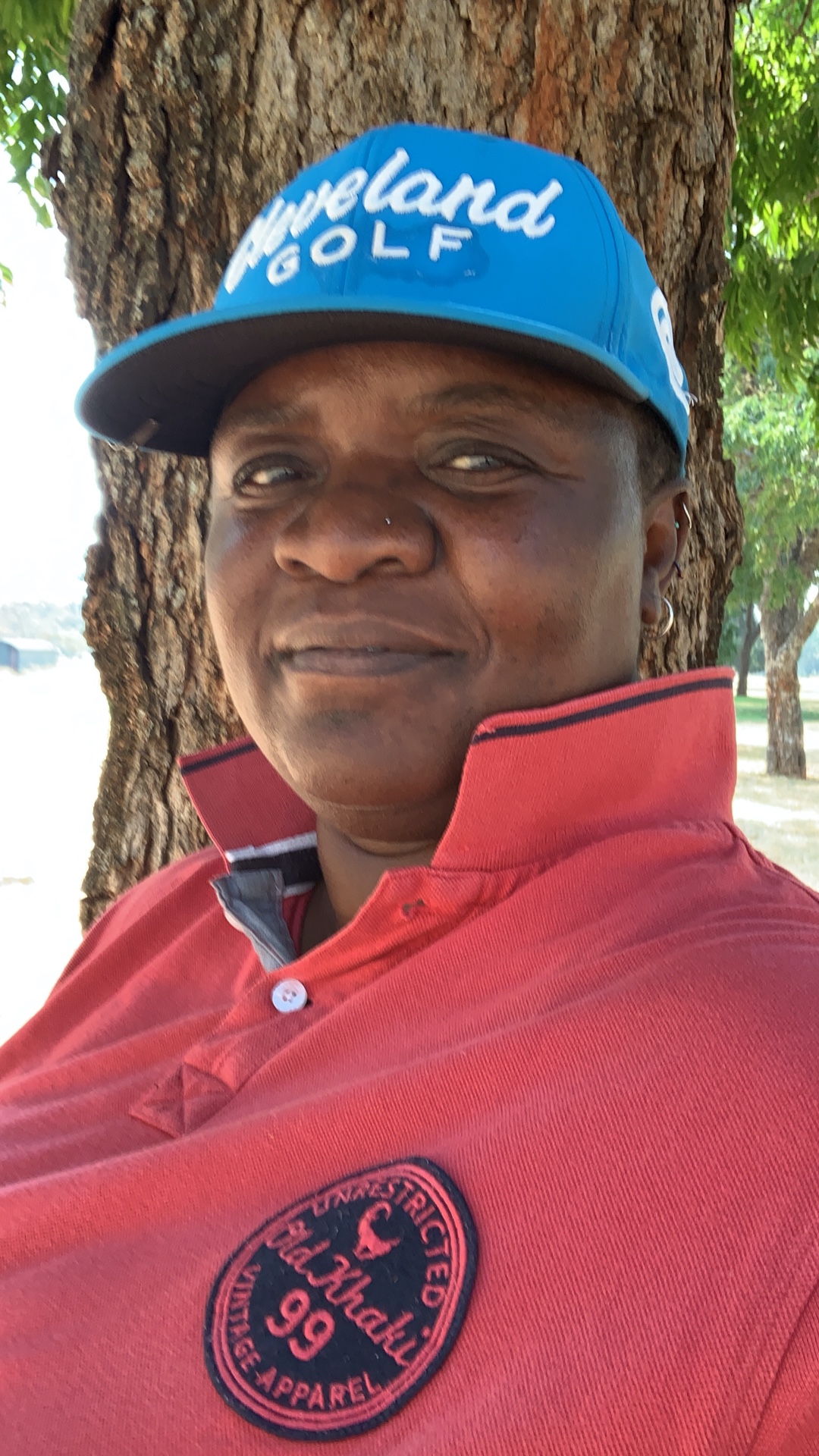 Name: Monica Tabengwa
Pronouns: she/her/hers
Country: Botswana
Organization: Hivos
Innovation: Monica is a founder of Botswana’s leading LGBTQ organization, LEGABIBO. She was integrally involved in supporting landmark litigation to decriminalize same-sex sex in her country and secure LGBTQ organizations’ right to register. As a former executive director of Pan-Africa ILGA, Monica has long supported the important work of her fellow advocates across the continent. 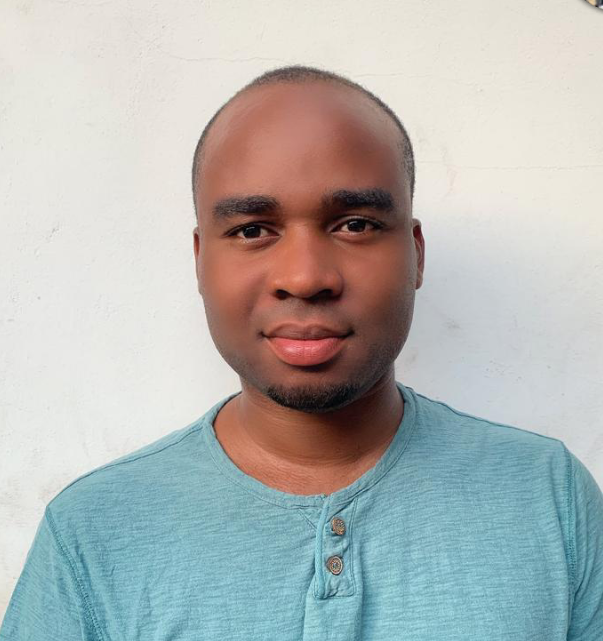 Name: Bill
Pronouns: She/her/hers
Country: Ghana
Organization:
Innovation: Bill leads programming to train LGBTQ people to serve as paralegals across the country. Her work has empowered community members to provide guidance on legal rights and security to LGBTQ people across Ghana, exponentially expanding the impact of her work. 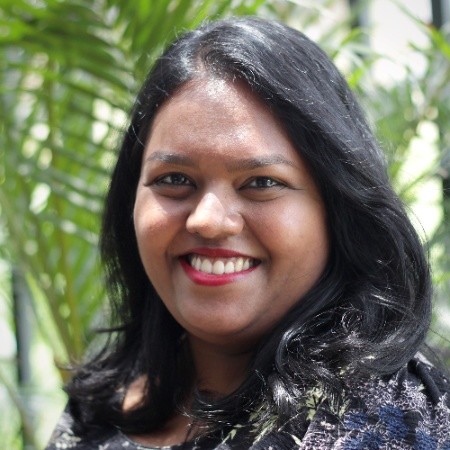 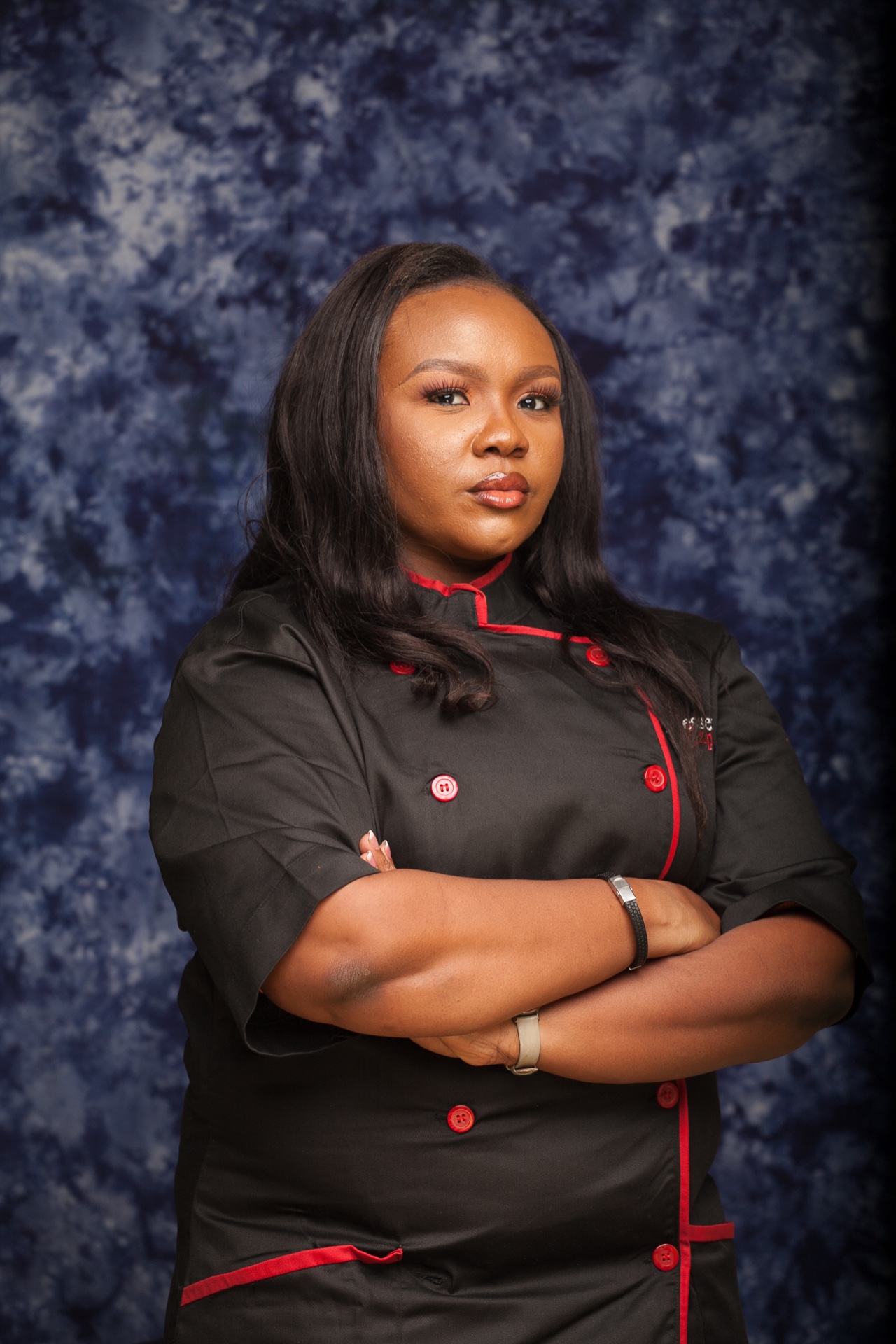 Name: Judith
Pronouns: she/her/hers
Country: Nigeria
Organization: Bisi Alimi Foundation
Innovation: In October 2019, Judith helped organize a Pride Night of Diversity event in Nigeria, managing a full schedule of performances and exhibits by local LGBTQI people and attendance by partners and allies, all done safely. She is planning for a bigger Pride soon to showcase more talents from the local community. 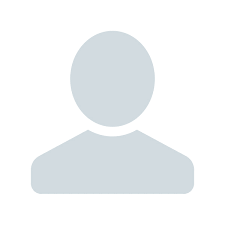 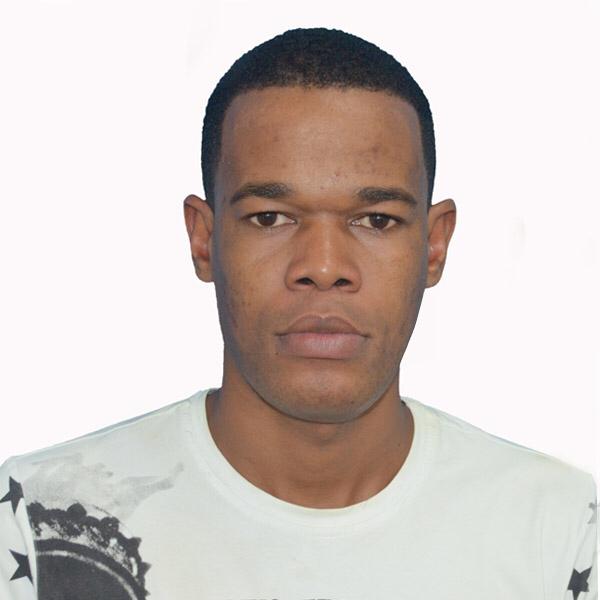 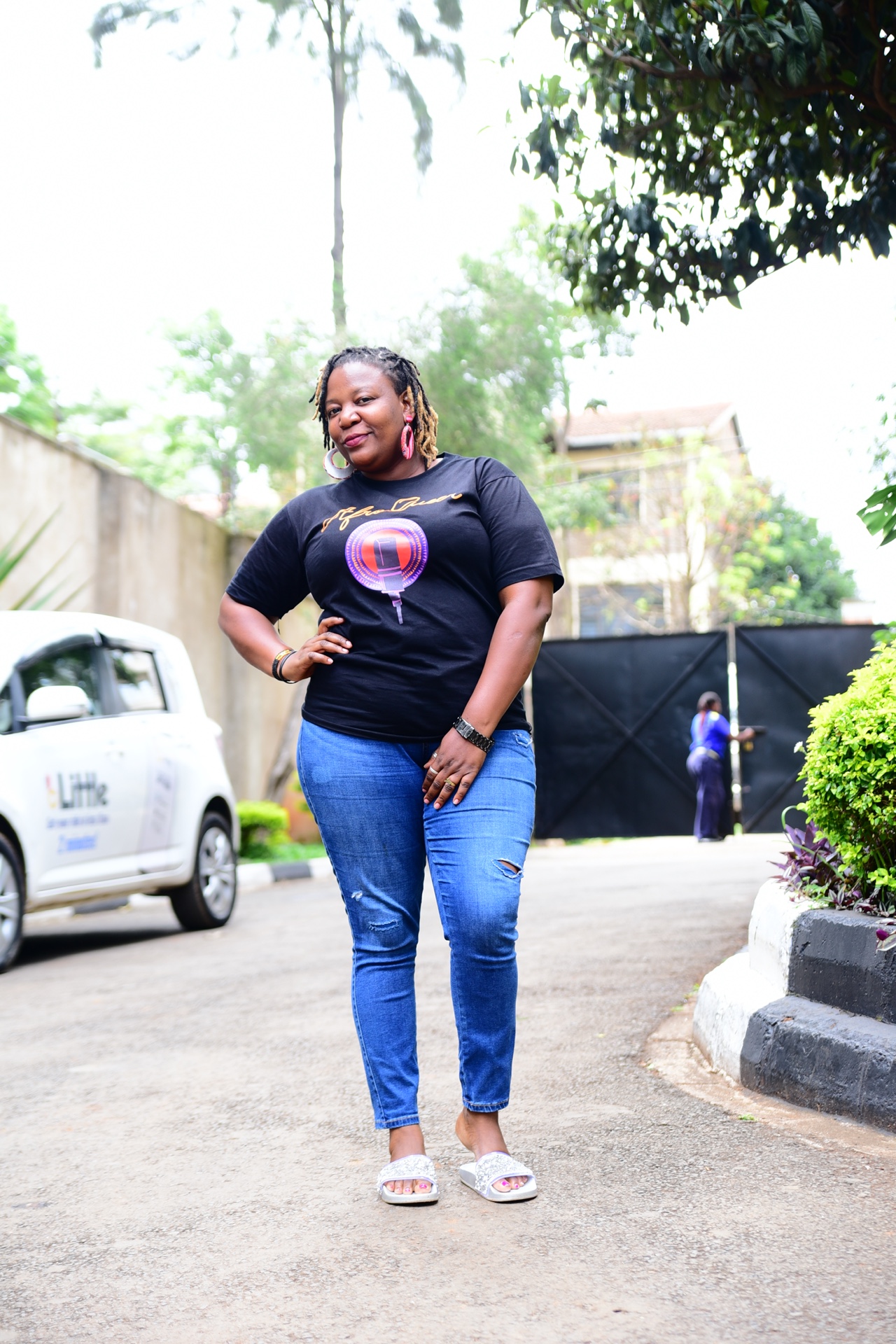 Name: Charity Joannah
Pronouns: She/Her/Hers
Country: Uganda
Organization: Kuchu Times Media Group
Innovation: Kuchu Times Media Group is a unique media platform by and for LGBTQ people in Uganda. Charity has played an integral role managing research, documentation and dissemination of stories and news from the lives of LGBTQ people, both online and in print. She has helped expand distribution and to position the outlets as a resource for the LGBTQ community. 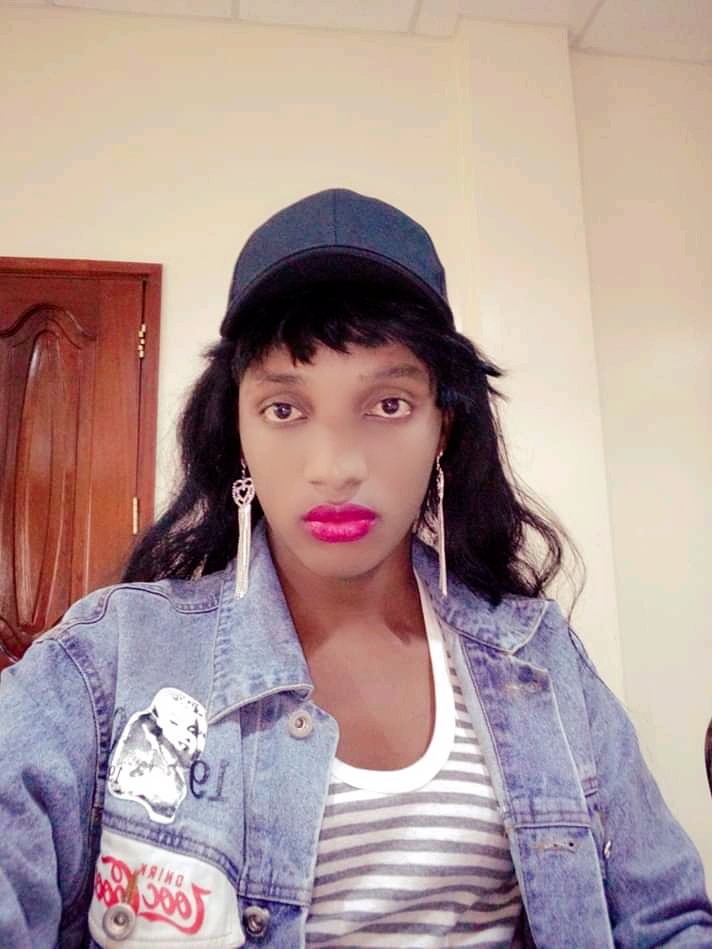 Name: Kellen Malaika
Pronouns: she/her/hers
Country: Uganda
Organization: Transgender Equality Uganda
Innovation: Kellen is a feminist and transgender advocate who has helped lead the charge for trans inclusion in the LGBTQ movement - “nothing about us, without us.” Showcasing the abilities and determination of the trans community, Kellen performs in a collective of transgender women advocating for freedom of expression, association and assembly through theater, dance and music. 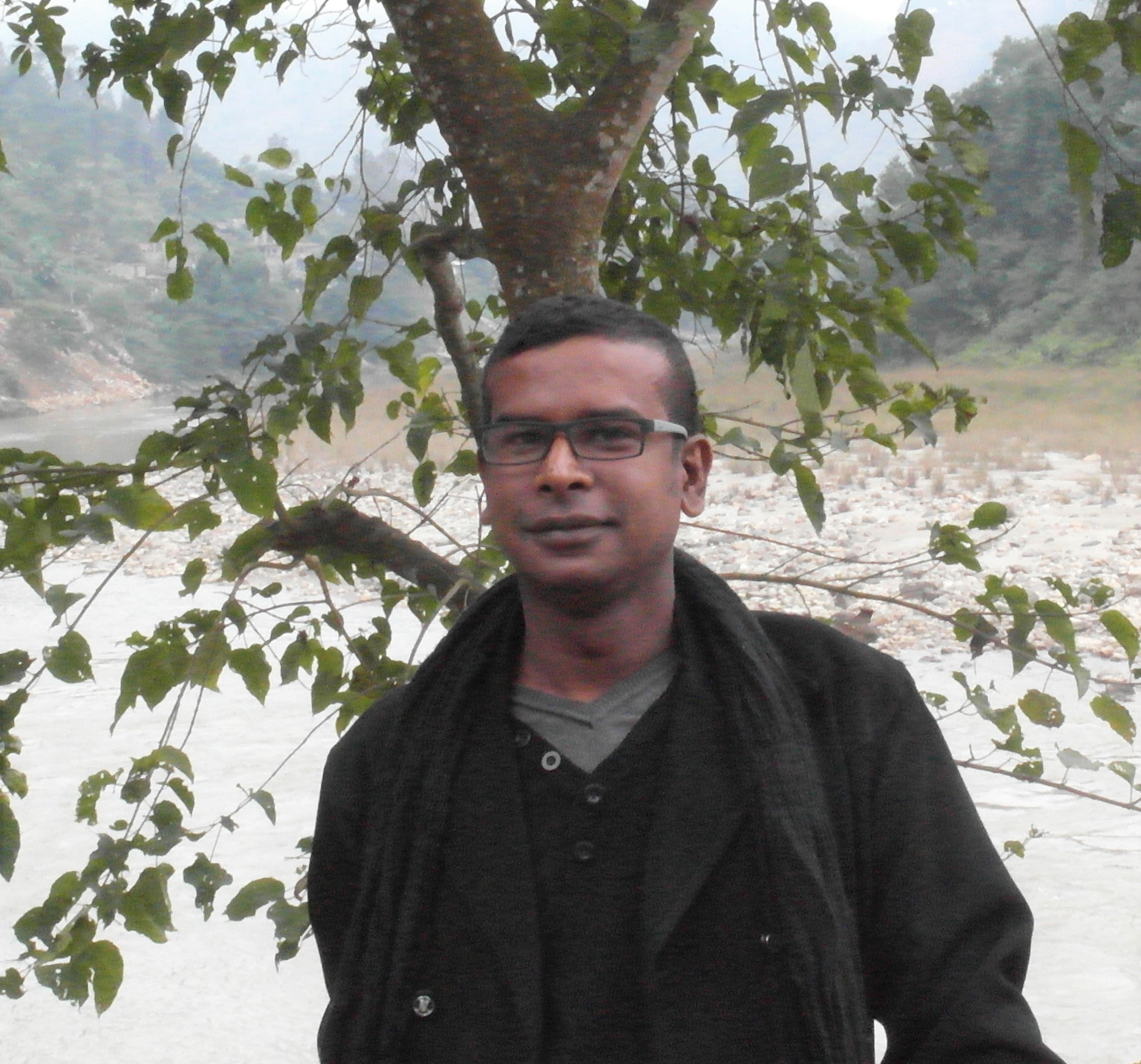 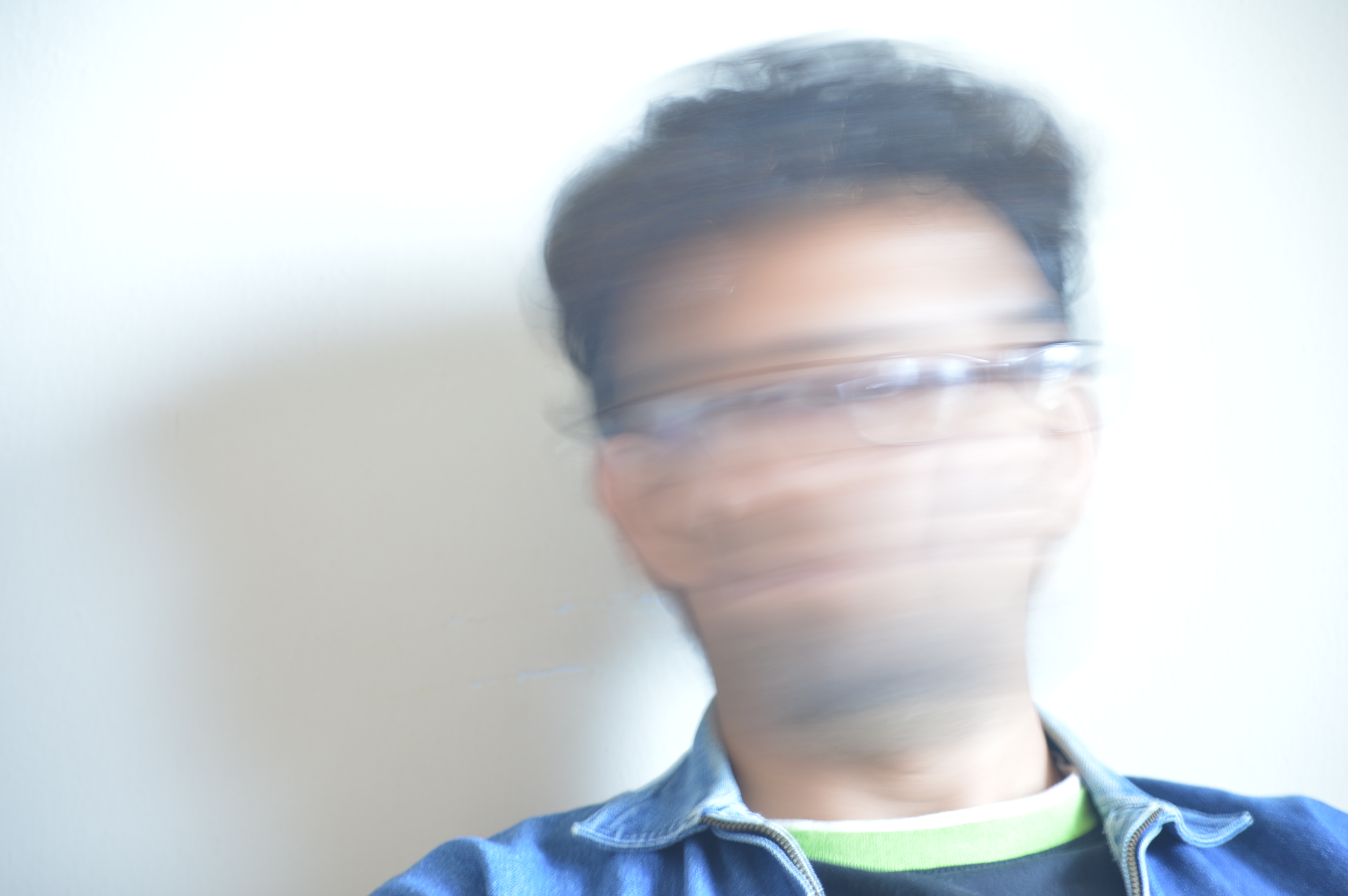 Name: Little Boxes
Pronouns: they/them/theirs
Country:
Innovation: Little Boxes is a queer rights activist in their country. They have worked to rebuild the LGBTQ movement after devastating losses in 2016. Recently, they initiated a campaign to publish an interactive anthology documenting the oral history of the movement. 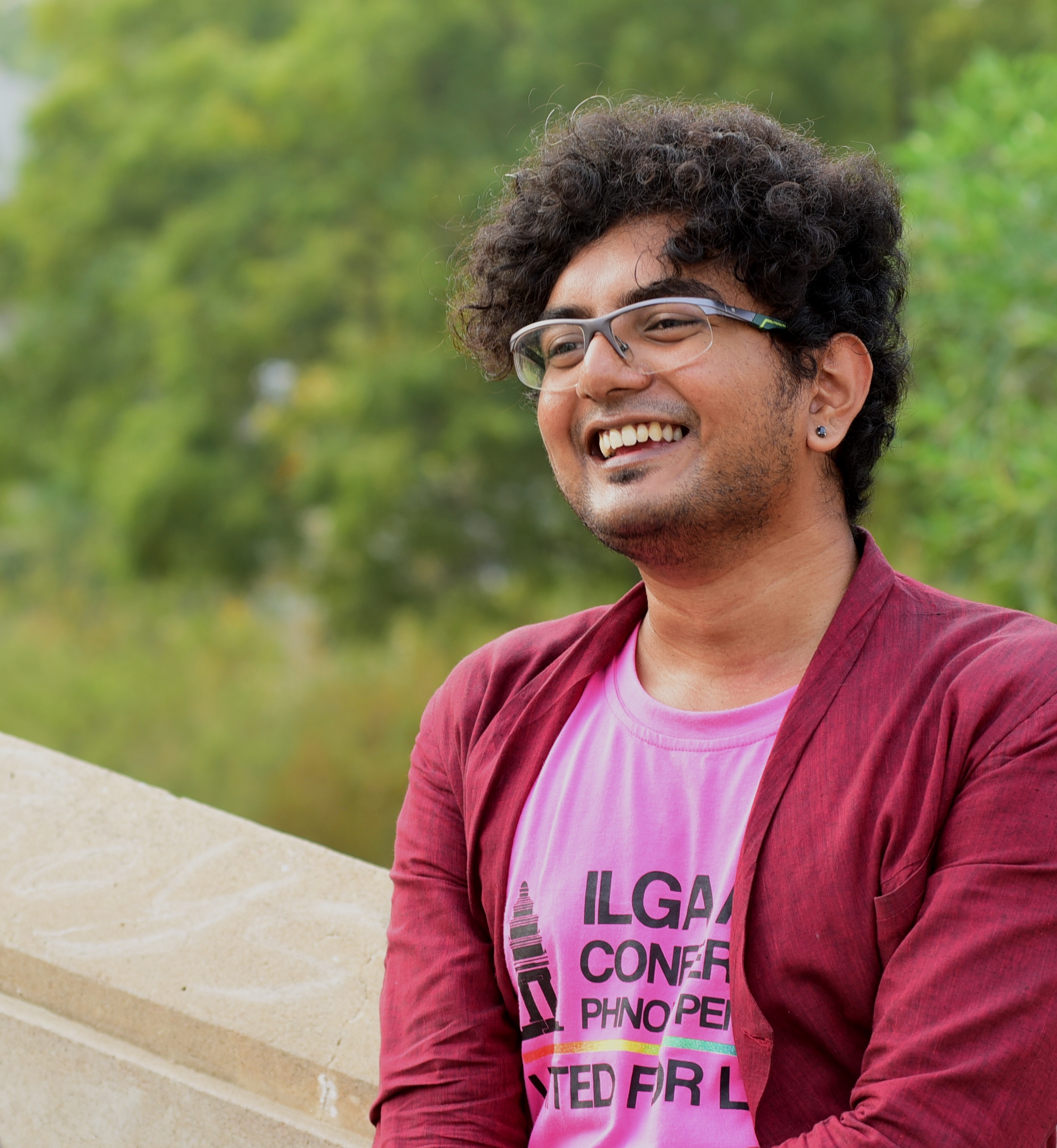 Name: Gopi Shankar Madurai
Pronouns: they/them/theirs
Country: India
Organization: ILGA Asia
Innovation: Gopi is a genderqueer and intersex activist and author in India and serves as the intersex representative on the executive board of ILGA Asia. Gopi’s work documenting the experiences of LGBTQIA+ people in Tamil was instrumental in supporting the decision by a court in the Indian state of Tamil Nadu to prohibit sex-selective surgeries on intersex children, the second place in the world to do so. 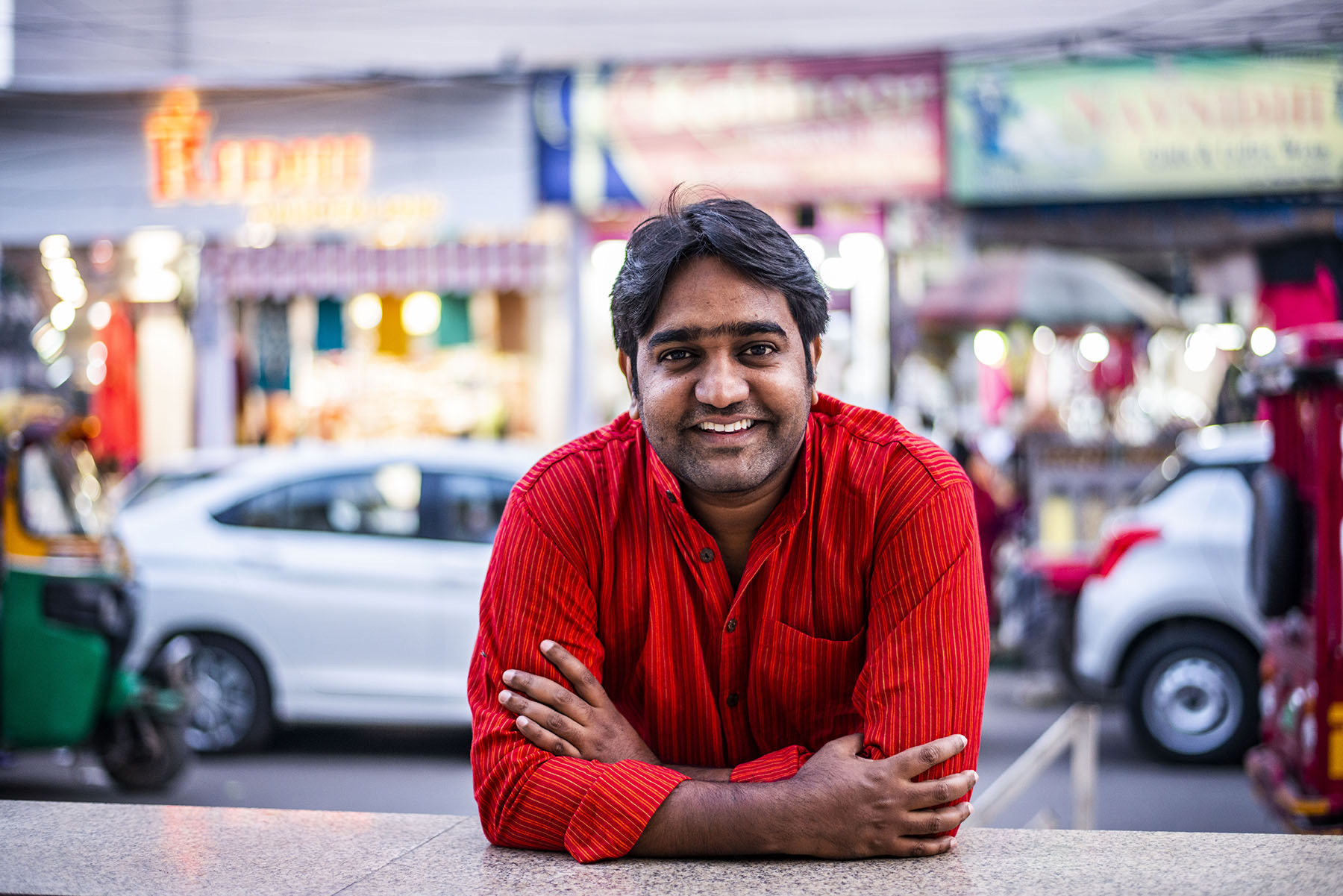 Name: Rafiul Alom Rahman
Pronouns: he/him/his
Country: India
Organization: The Queer Muslim Project
Innovation: Rafiul is the founder of The Queer Muslim Project, India’s first organization working to address intersectional issues affecting LGBTQI Muslims and one of the largest online LGBTQI Muslim networks with a global community of over 13,000 people. Through this work, Rafiul has pioneered an approach to countering extremism that utilizes alternative narratives around faith, sexuality and gender expression. 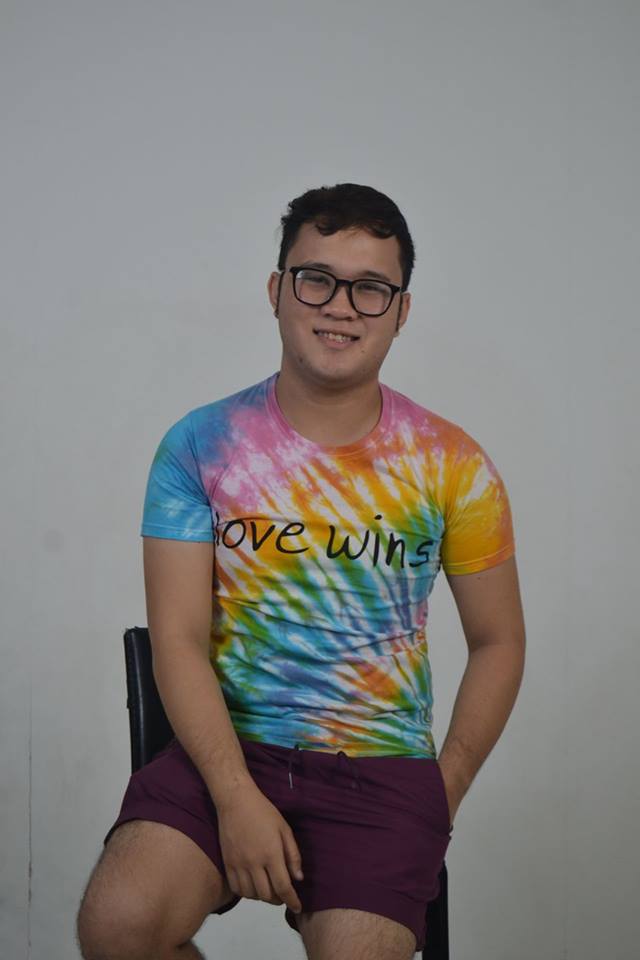 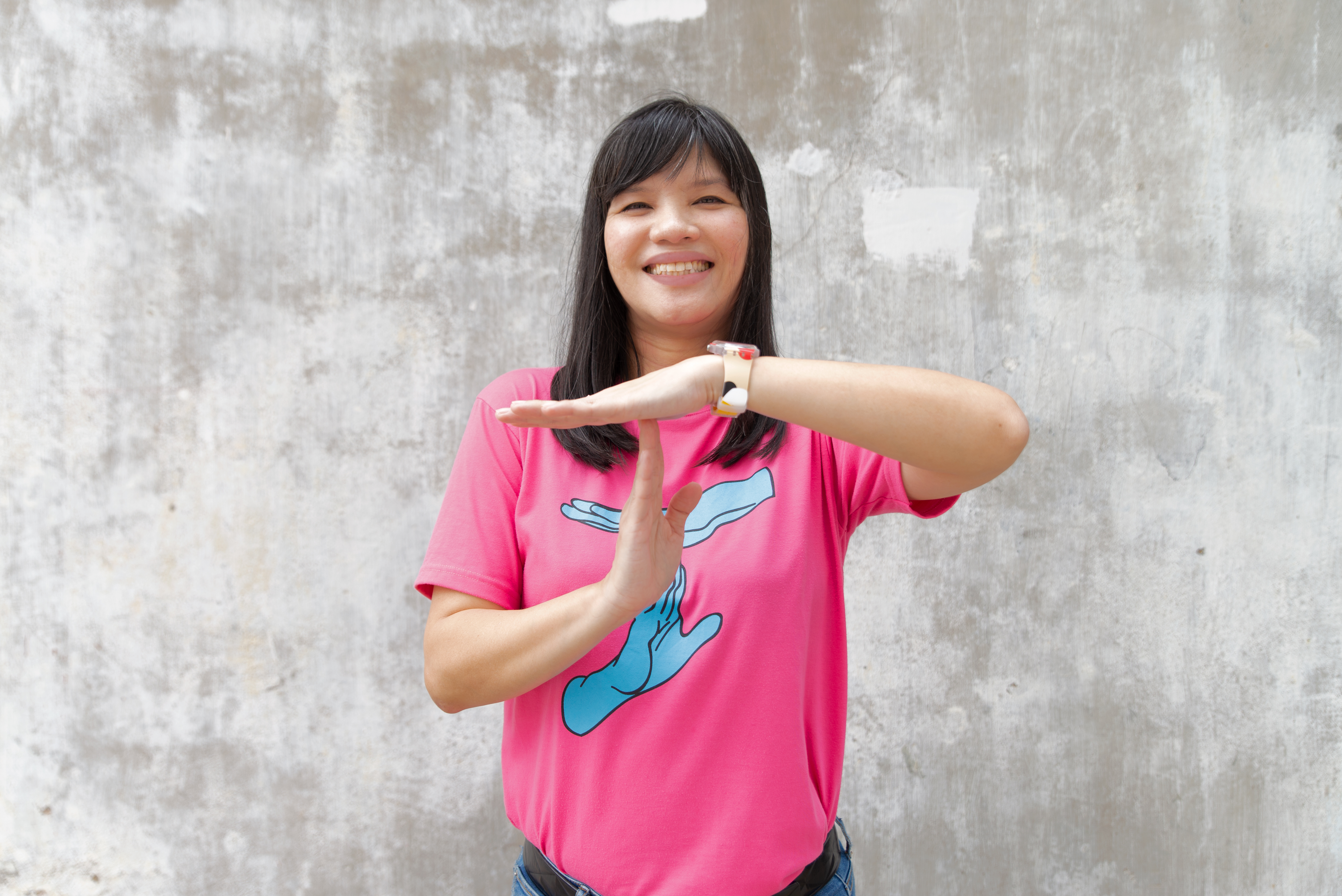 Name: June
Pronouns: she/her/hers
Country: Singapore
Organization: The T Project
Innovation: June, as a co-founder of The T Project, an organization supporting the needs of transgender people in Singapore, led a successful, years-long effort to secure her group’s registration. This was the first time that an organization was able to register as an openly LGBTQ group with the word “transgender” in its name in Singapore. 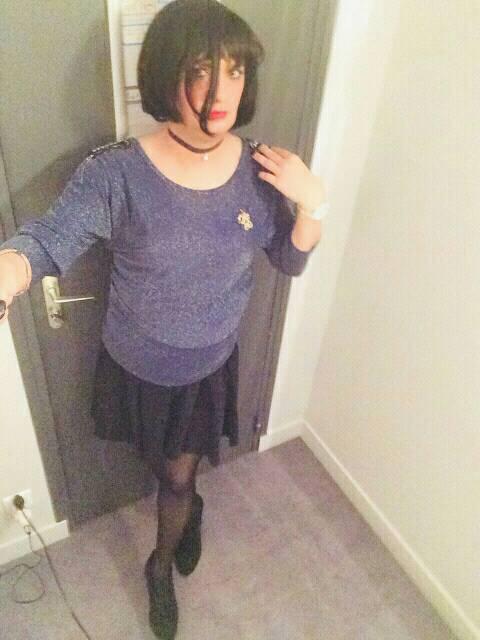 Name: Alina
Pronouns: she/her/hers
Country: Tajikistan
Organization:
Innovation: Alina co-founded Tajikistan’s first organization led by and for transgender people in 2015. Through her work, Alina has been able to provide critical legal services to transgender people experiencing detention, extortion, and blackmail, as well as offering vocational training and skills for the community, and establishing a database of friendly medical and legal professionals. 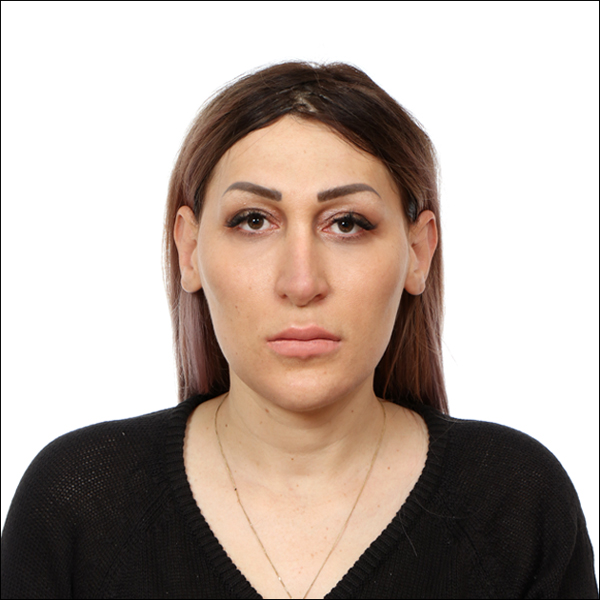 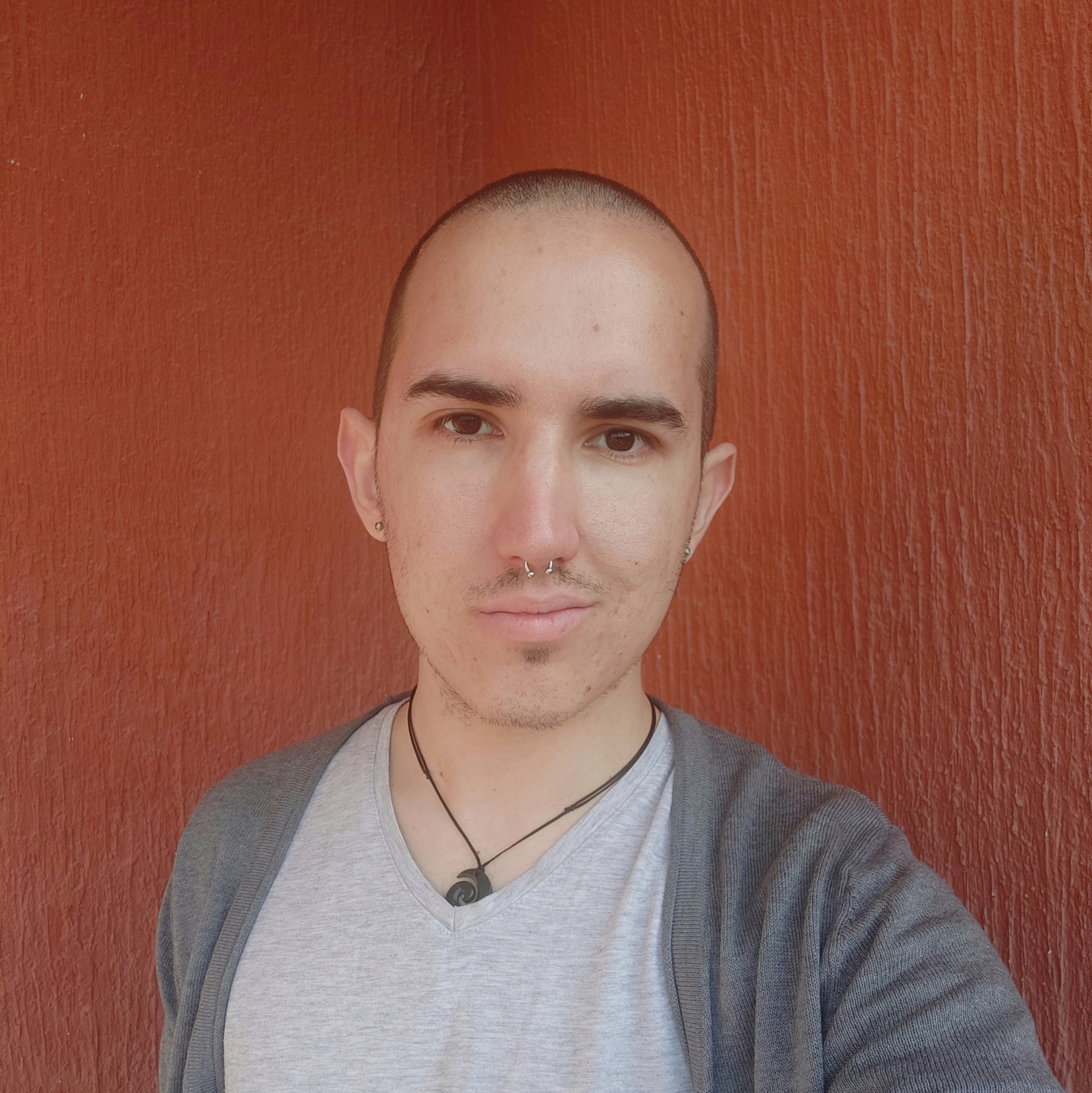 Name: John M. Barac
Pronouns: they/them/theirs
Country: Montenegro
Organization: LGBT Forum Progress
Innovation: A human rights defender and queer activist in Montenegro, John helped organize one of the first initiatives to monitor campaigns and attitudes of political candidates and parties on LGBTIQ issues on a nation-wide scale. Following this work, they published multiple voting advocacy tools for community use. They also serve on the government’s national team for monitoring the implementation of the National LGBTI Strategy. 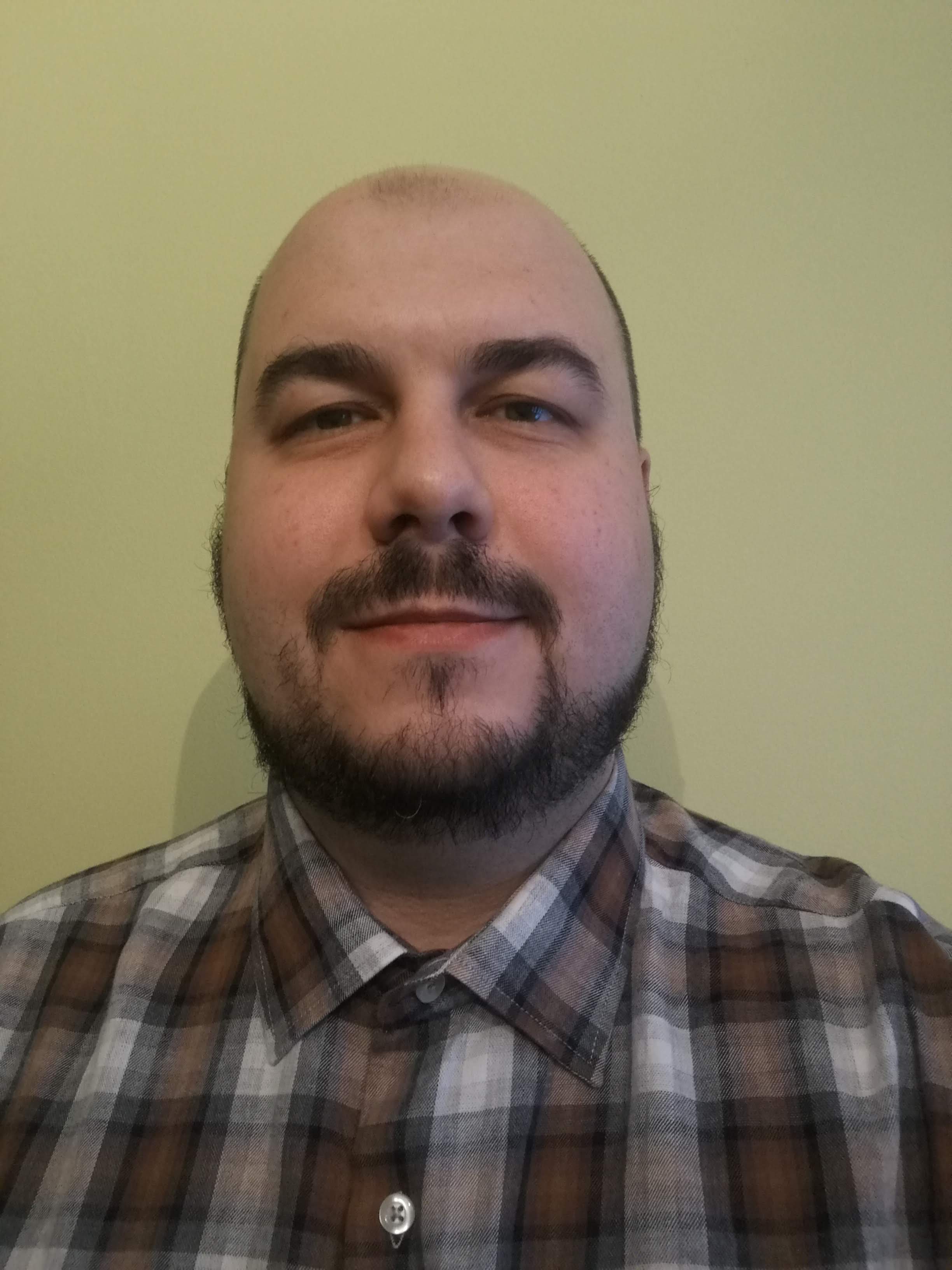 Name: Róbert Furiel
Pronouns: he/him/his
Country: Slovakia
Organization: Saplinq, o.z.
Innovation: Róbert helped organize the first pride march and festival in the country in Bratislava in 2010, that helped raise the visibility of LGBT+ people, and has inspired and energised a generation of activists since then. He helped found an LGBTQ organization called Saplinq in 2012 that established a free community and counselling center for LGBT+ people in eastern Slovakia that provides a community space and free therapy and psychological counselling for LGBT+ people.

Name: Audrey Aegerter
Pronouns: they/them/theirs
Country: Switzerland
Organization: InterAction Suisse
Innovation: Audrey is an intersex activist and student who has supported policy reform and building societal awareness around the needs and experiences of intersex people in Switzerland and Francophone countries. In this activism, Audrey publishes some of the only YouTube videos on intersex people in French to inspire and educate. 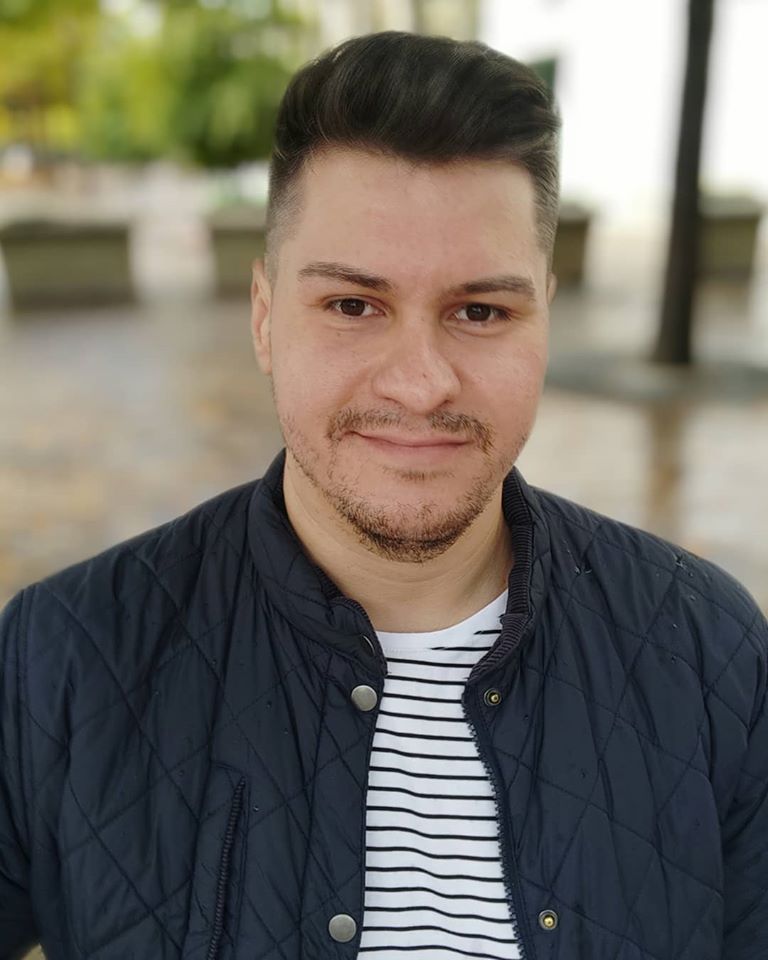 Name: Gabriel Galli
Pronouns: he/him/his
Country: Brazil
Organization: SOMOS - Communication, Health and Sexuality
Innovation: Gabriel is a journalist, researcher and activist in Brazil where he is dedicated to developing projects in defense of the rights of the LGBTQ population and people living with HIV/AIDS. He helped develop a program to qualify companies to respect diversity and participated in an initiative to document and expose abuses experienced by LGBTQ people in incarceration. 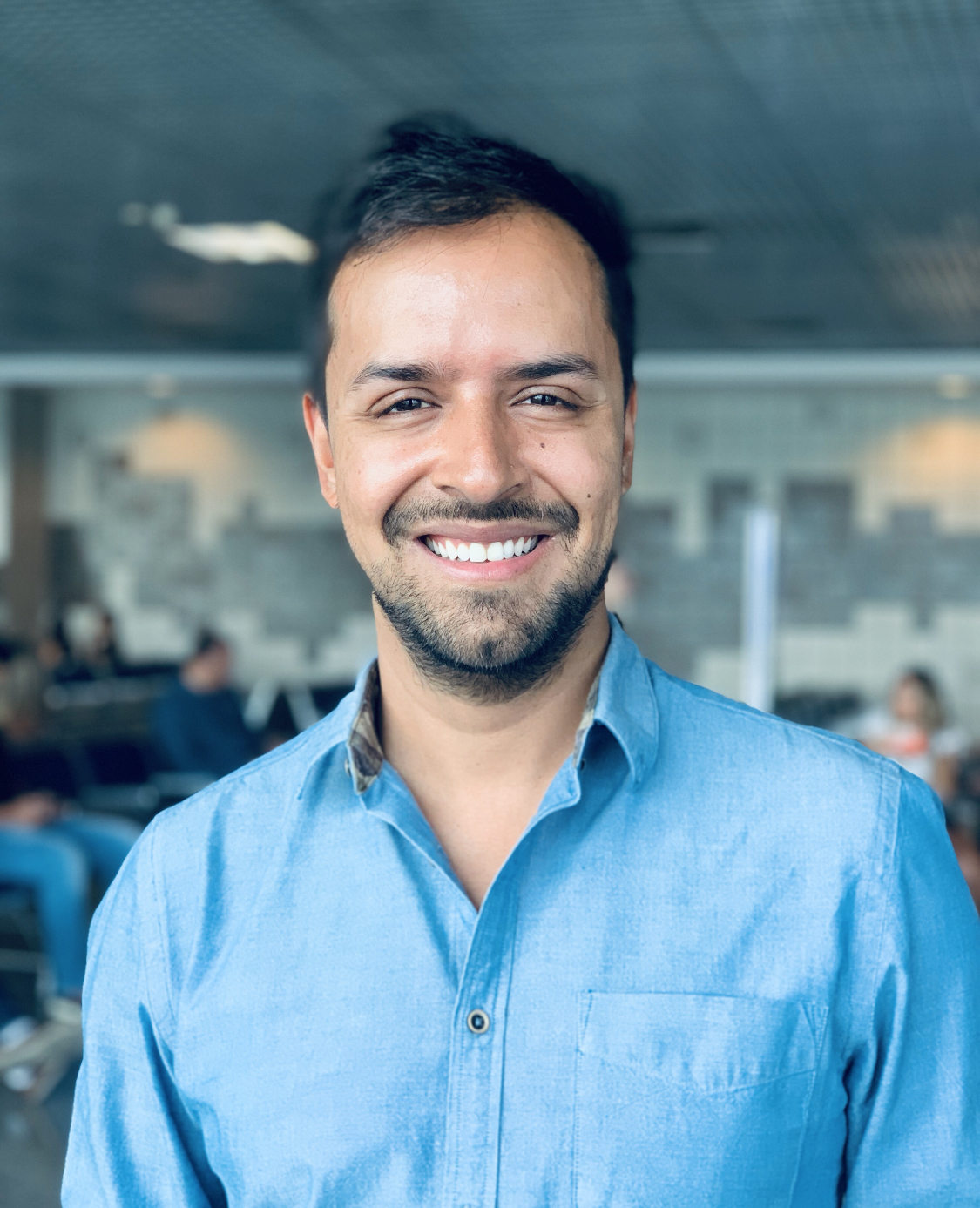 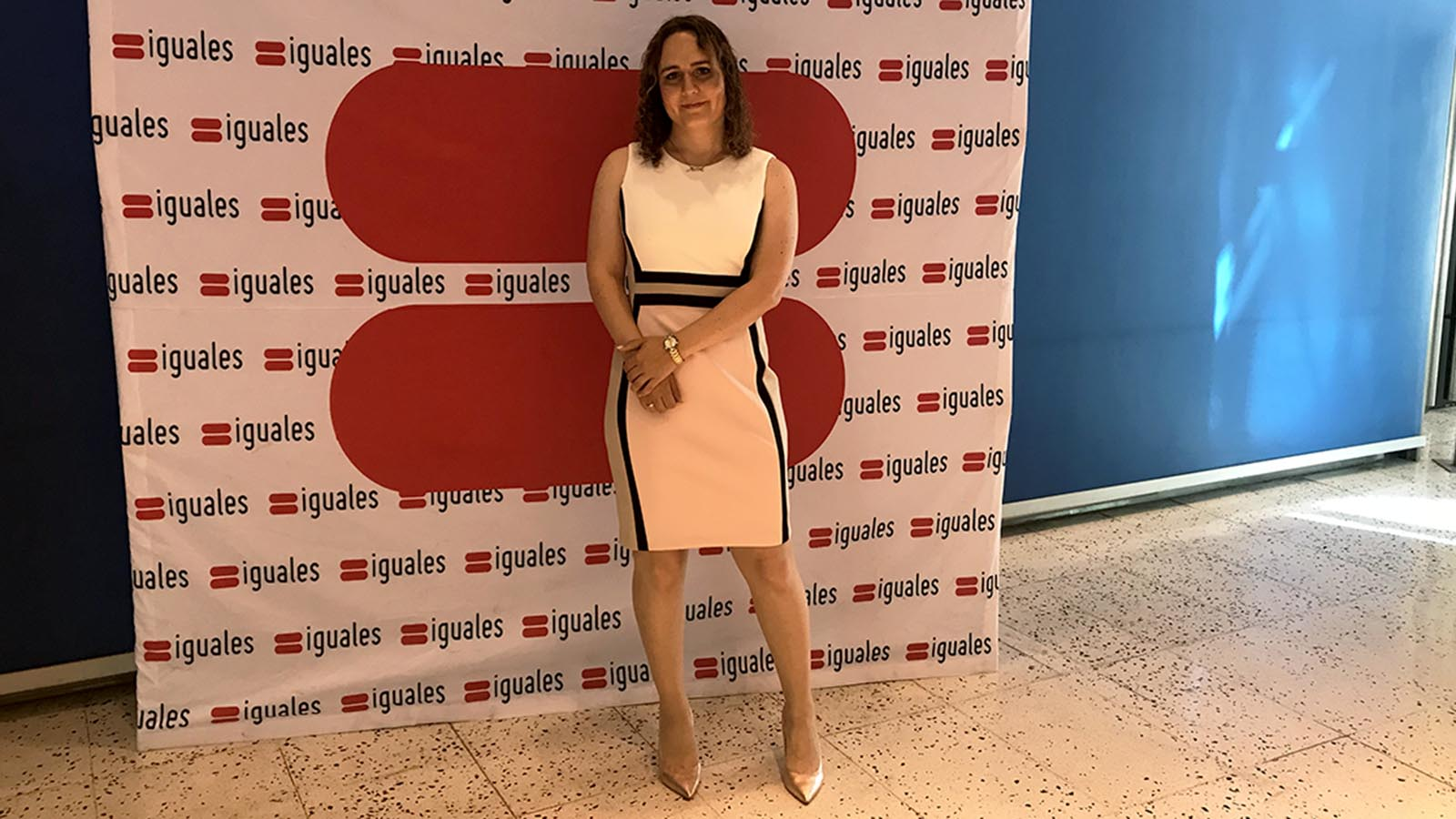 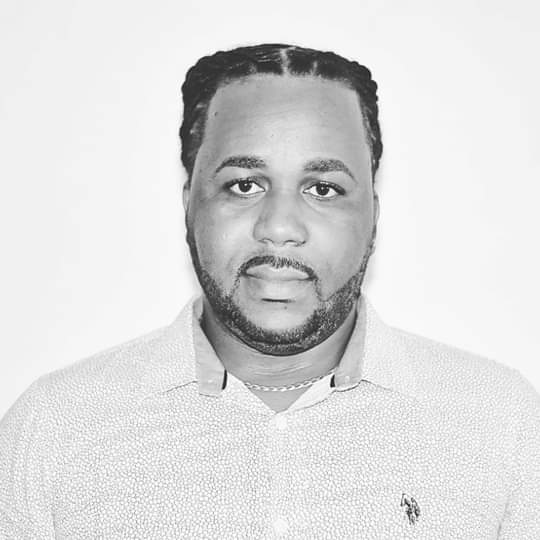 Name: Sylvester Jno Baptiste
Pronouns: he/him/his
Country: Dominica
Organization: Caribbean HIV Aids Partnership (Dominica Chapter)
Innovation: Sylvester is focused on building knowledge around the HIV/AIDS-related needs and experiences of men who have sex with men (MSM) in Dominica. He has worked to train community members to support this research and led efforts to connect with hard-to-reach populations across the country. 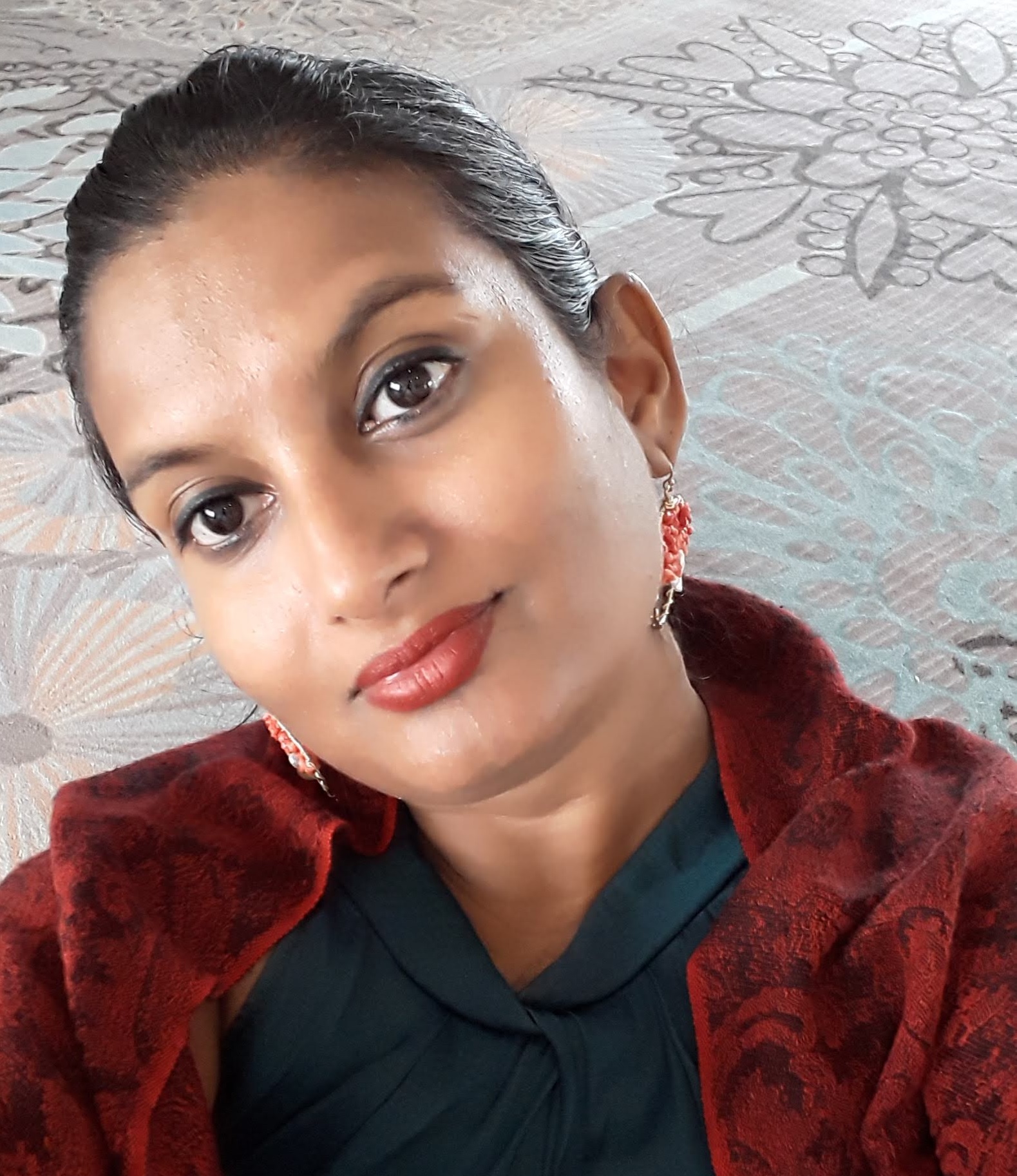 Name: Nastassia Rambarran
Pronouns: she/her/hers
Country: Guyana and Barbados
Organization: SHE and Equals; SASOD
Innovation: Nastassia is a researcher and advocate working in Guyana and Barbados. She is currently leading a multimedia project, We Were Always Here: Queer Caribbean History, researching the long history of LGBTQ people in the Caribbean through documentation of oral histories and archival research. 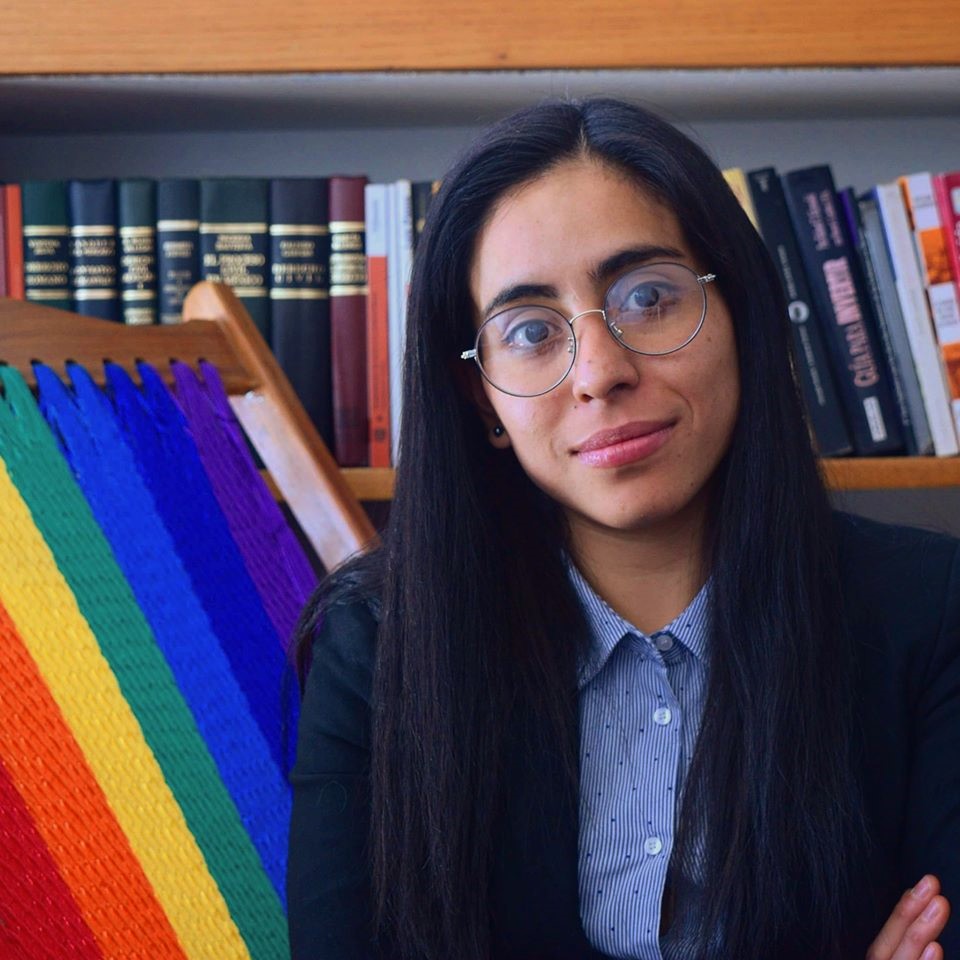 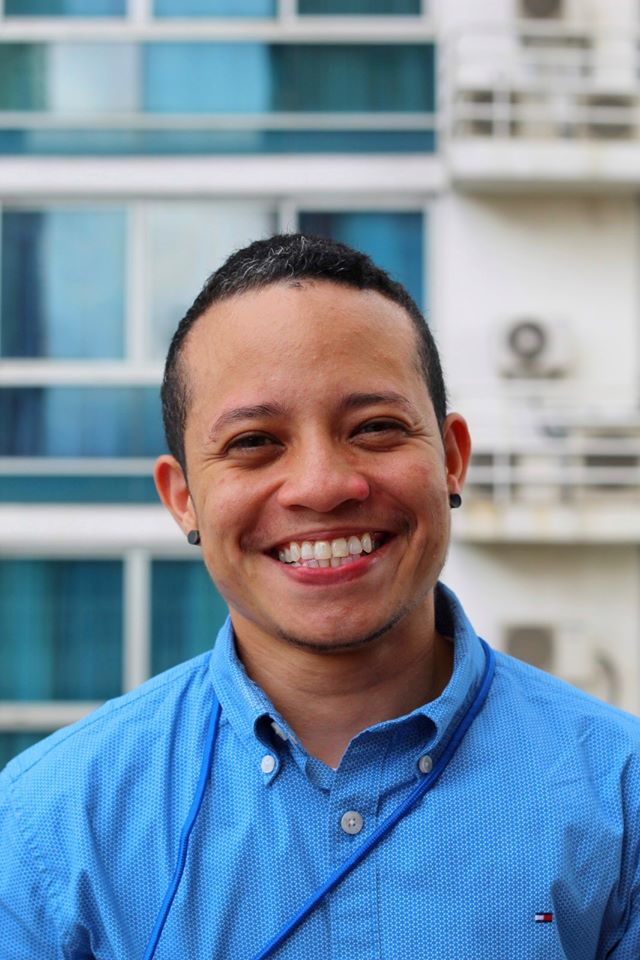 Name: Pau Gonzalez
Pronouns: he/him/his
Country: Panama
Organization: Hombres Trans Panama Innovation: Pau, founder of Panama’s first organization for transgender men, is leading a new initiative to collect data at a municipal level on experiences of discrimination and violations of human rights. With data from this study, Pau aims to bring human rights organizations together to educate people, build allies, and decrease discrimination against the community. 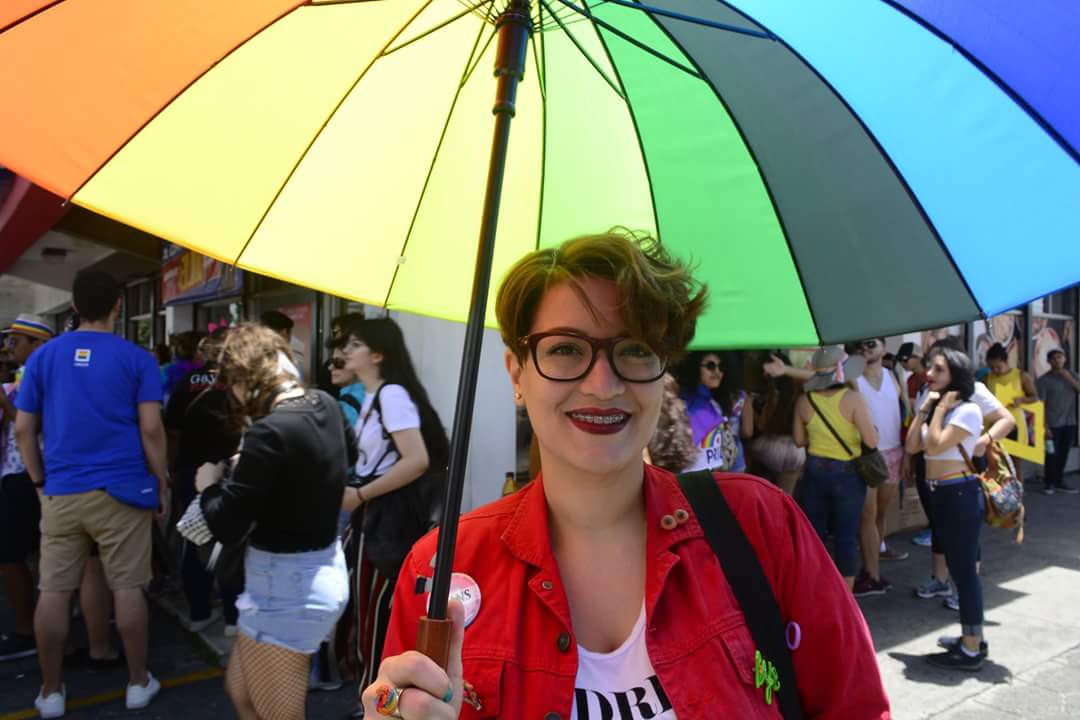 Name: Daniella Solano
Pronouns: she/her/hers
Country: Costa Rica
Organization: Intersectional Organization of Human Rights Costa Rica
Innovation: Daniella is an advocate for human rights in Costa Rica. She worked with other community leaders to submit a brief in support of marriage equality and legal gender recognition before the Inter-American Court of Human Rights and is now leading an initiative to provide sexual and reproductive health education in Costa Rica. 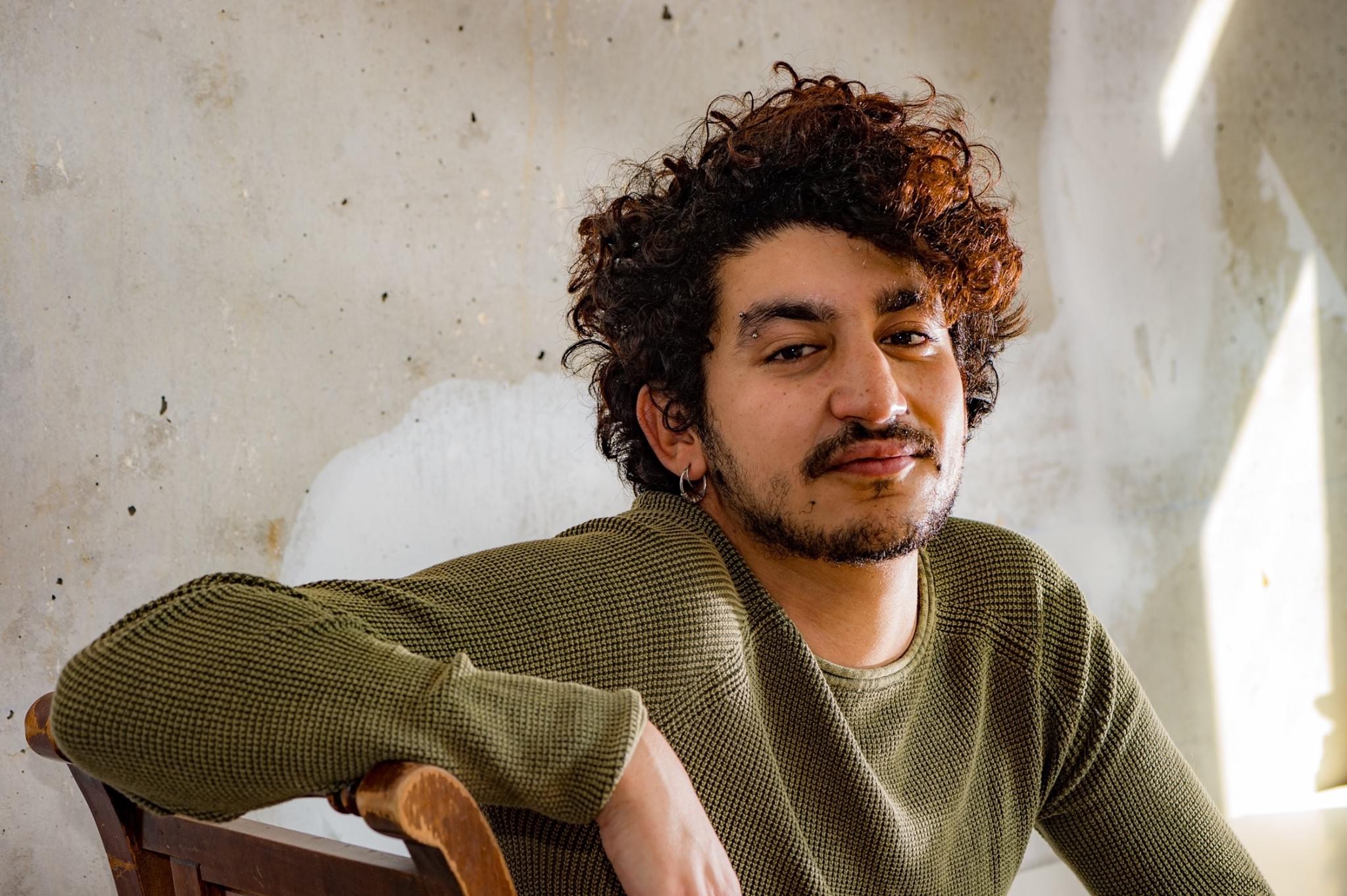 Name: Ayouba
Pronouns: they/them/theirs
Country: Morocco
Organization:
Innovation: A transfeminist and LGBTQI+ advocate, Ayouba manages a project that provides opportunities for trans and gender non-conforming people across the Middle East and North Africa to connect, share, and build awareness for the community. 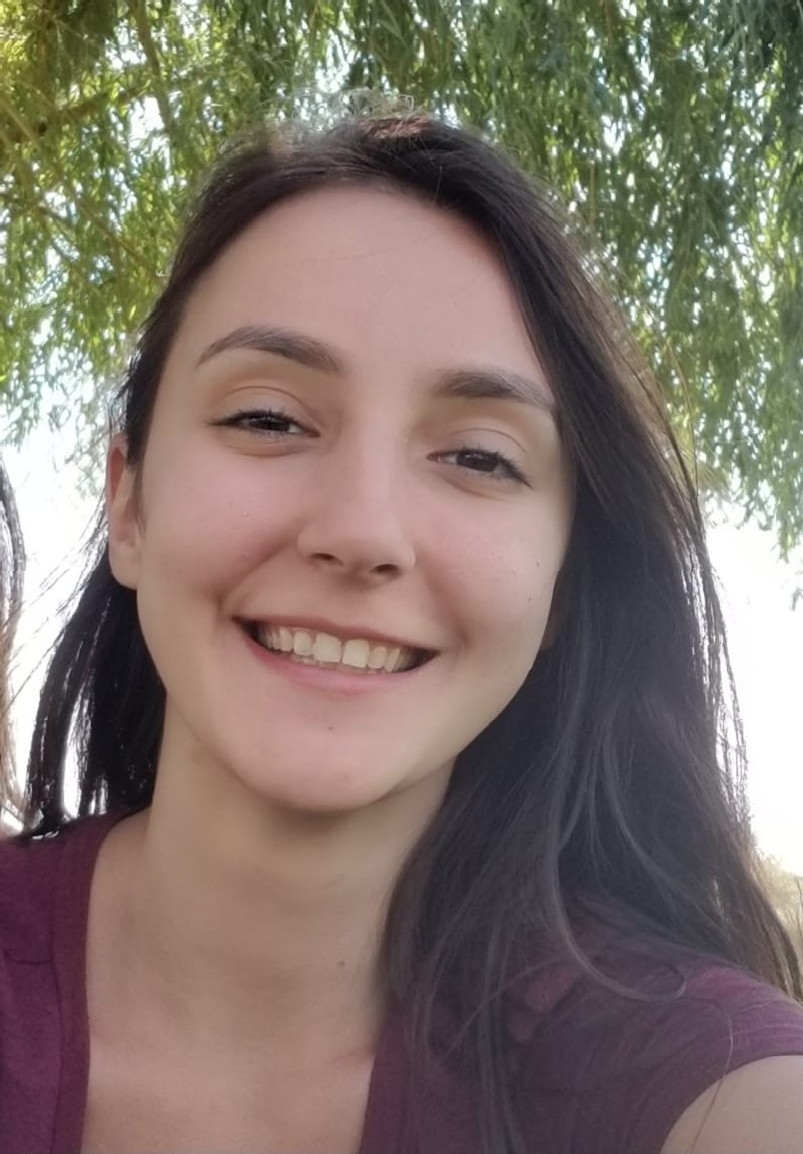 Name: Melike Balkan
Pronouns: they/them/theirs
Country: Turkey
Organization: METU LGBTI+ Solidarity
Innovation: In Turkey’s now-famous METU case, Melike and other LGBTQ advocates were arrested in 2019 for organizing a Pride in Ankara. Throughout the trial, Melike has generated international interest and organized for political engagement by many key leaders and stakeholders. Despite serious pressure from government forces, Melike continues to lead community events to mobilize for LGBTQ visibility and rights.