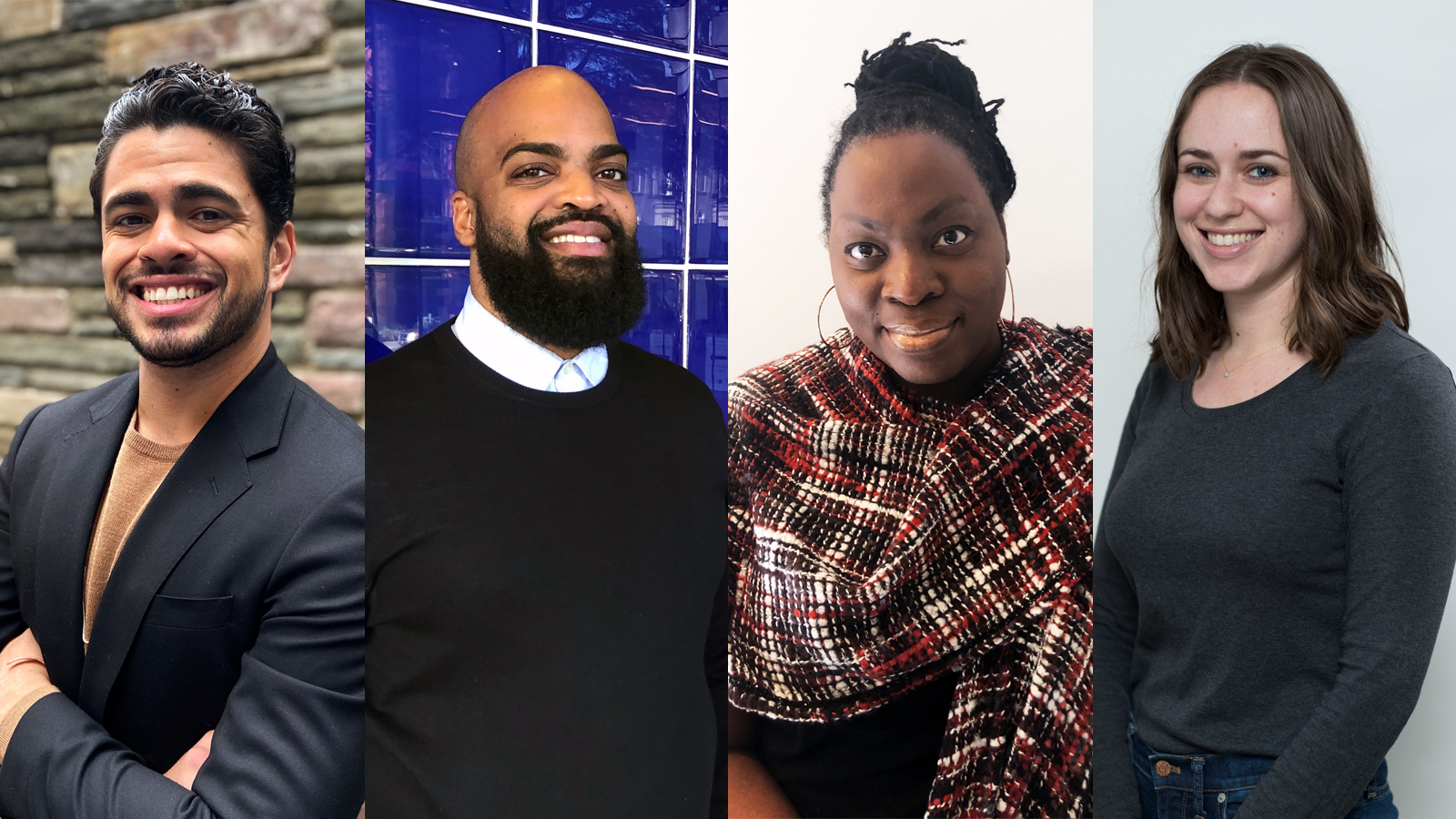 Today, HRC announced the hiring of four accomplished advocates to fill key roles as the organization deepens and broadens the scope of its work nationally. HRC has hired Tori Cooper as Director of Community Engagement for the Transgender Justice Initiative, Michael Vazquez as Director of HRC Foundation's Religion and Faith Program, Jason Starr as Litigation Director and Elizabeth Bibi as Senior Advisor for Communications, New York.  Starr and Bibi will work out of HRC’s newly-launched office in New York.

These dynamic leaders are part of the expanded initiatives recently announced by HRC’s new president Alphonso David, including the creation of an impact litigation department and the deepening of the organization’s work on transgender and racial justice.

“Tori, Jason, Michael and Elizabeth all bring significant experience and clear commitment to their work at this pivotal time for our movement,” said Alphonso David, president of the Human Rights Campaign. “These talented advocates will dramatically enhance the Human Rights Campaign’s impact in the courts, our communities, in houses of worship and throughout the media. With the LGBTQ community facing discriminatory attacks and the most important election of our lifetime this November, we are privileged to welcome them to the HRC team and look forward to their central role in our work in 2020 and beyond.”

In his first official act as HRC’s president, David embarked on a national tour of seven key cities to meet with and rally HRC members, advocates, voters and pro-equality candidates.

This tour, as well as ongoing conversations with community leaders, members and partners, led to the launch of several initiatives to advance equality, empower and support our community’s most marginalized members, protect foundational rights and institutions of our democracy and expand our national footprint. To advance David’s priorities, HRC will be:

Tori Cooper is a health and equity advocate, community organizer, educator, published author and leader in the transgender and HIV communities. She brings more than 30 years of experience at all levels of HIV service, from volunteer roles to her service as executive director and founder of Advocates for Better Care Atlanta, LLC. In the 1980s, Tori began her volunteer work in HIV at a hospice facility. For the last several years, Tori has led capacity-building training and lent expertise to community-based organizations serving the transgender community and those impacted by HIV and AIDS.

Jason Starr is a human rights advocate with over a decade of experience as an attorney, policy innovator, organizer, and educator. Most recently, he served as Assistant Counsel to Governor Andrew M. Cuomo for Civil Rights and Federal Affairs. Jason was formerly the Director of the Long Island Chapters at the New York Civil Liberties Union leading the organization's policy initiatives in the region, including a spearheading a grassroots campaign to end discriminatory policing on Long Island and working to end discrimination in public education for immigrant youth. His work has been featured in outlets including NPR, the Huffington Post, Newsday, and The New York Times, and he has spoken extensively on issues at the intersection of race and public policy.

Michael Vazquez is an intersectional faith leader and advocate. Michael previously served as a fellow at Faith in Public Life; founded Brave Commons, an intersectional advocacy organization that supports and trains LGBTQ+ students at Christian colleges and universities; and served as a program director at InterVarsity Christian Fellowship. He has a bachelor’s degree in political science from Weber State University, served in the U.S. Army Reserve Officer Training Corps and is completing his Master of Theological Studies (M.T.S.) at Duke Divinity School.

Elizabeth Bibi is a political and non-profit communications professional with a career that has spanned the public and private sectors. She previously managed executive and policy communications at Oscar Health, served as Deputy Director of Media Relations for Governor Andrew Cuomo, and ran press advance for Senator Tim Kaine on the Hillary for America Campaign. She began her career on the press team of the Clinton Foundation and on the government relations team at Scholastic, Inc. A lifelong New Yorker, she holds a bachelor’s degree in American Studies from Barnard College.