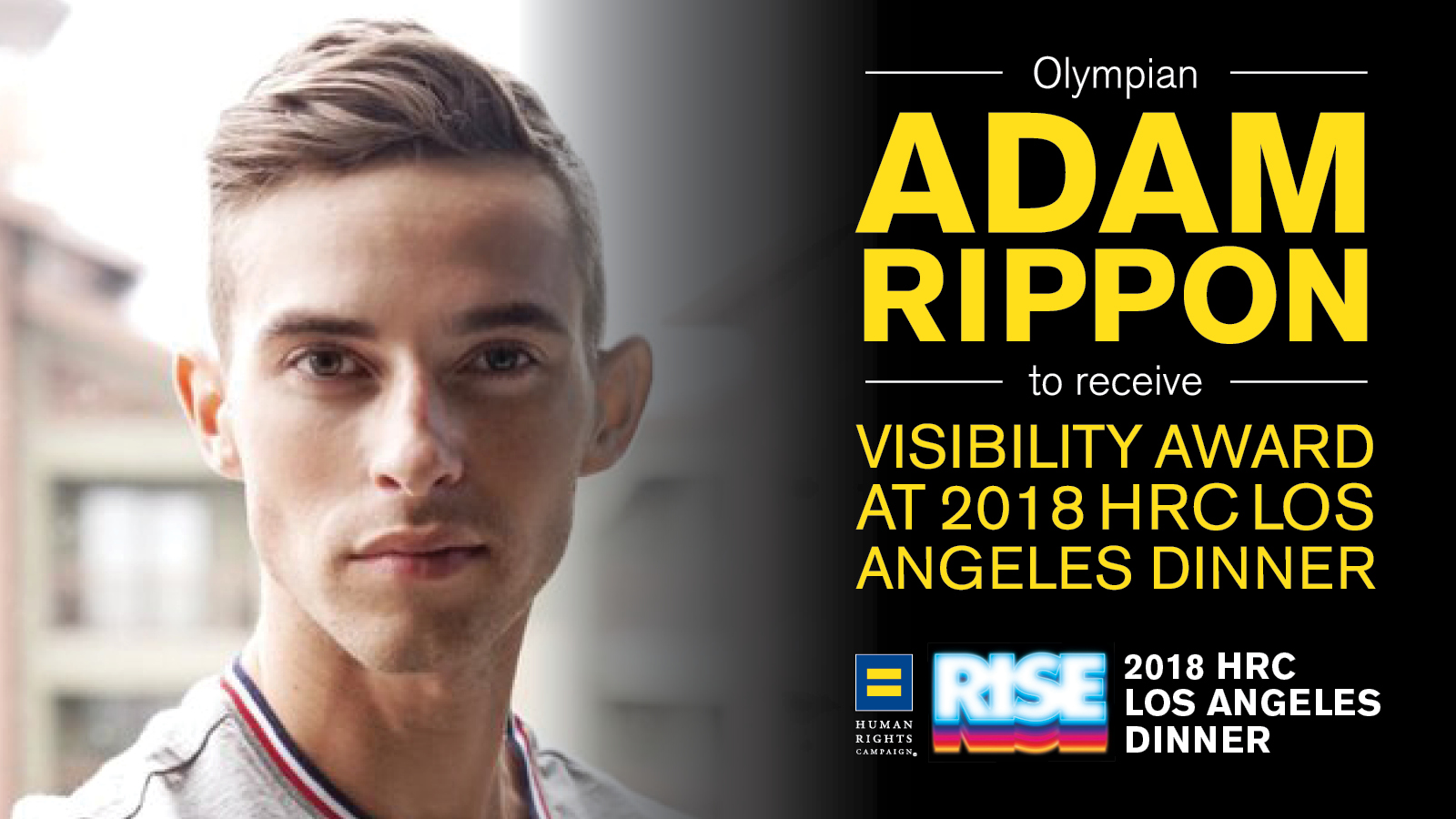 Today HRC announced that out gay Olympian Adam Rippon will be honored with the organization’s Visibility Award at the 2018 HRC Los Angeles Dinner this Saturday, March 10, 2018. Special guests also include out gay Olympian and past HRC honoree Gus Kenworthy, Teri Polo and Sherri Saum from Freeform’s "The Fosters," Josh Duhamel from "Love, Simon" and many more. As previously announced, HRC-backed Senate candidate Kyrsten Sinema and Representative Maxine Waters will speak and Grammy Award-winning rock band Portugal. The Man will perform at the event.

“One word best describes Adam Rippon — fierce,” said HRC President Chad Griffin. “By being out and proud, Adam is bringing LGBTQ visibility to a whole new level while capturing the hearts of millions around the world with his incredible talent and personality. He isn’t afraid to use his global platform to speak out for equality, and we are proud to honor him with the HRC Visibility Award at the 2018 HRC Los Angeles Dinner.”

Adam Rippon made history as the first openly gay U.S. American male figure skater to compete in the Olympic games. Rippon publicly sparred with Mike Pence in the press and on social media, bringing a new focus on Pence’s long anti-LGBTQ record. Rippon publicly voiced his concern over Pence leading the diverse U.S. delegation to the Olympics.

In an exclusive interview with HRC, Rippon said, “At first, I had a few hesitations to come out, because I was afraid of repercussions that it might have. But at the end of the day, I felt like it was important, and it was an opportunity to shine a light on a subject that was bigger than me. I know when I was coming out I drew strength from learning about other people’s stories and hopefully my story will do the same for others.”

The HRC Los Angeles Dinner brings together more than 1,000 of HRC’s most active members and supporters in the greater Los Angeles area to raise crucial funds in the fight for LGBTQ equality.