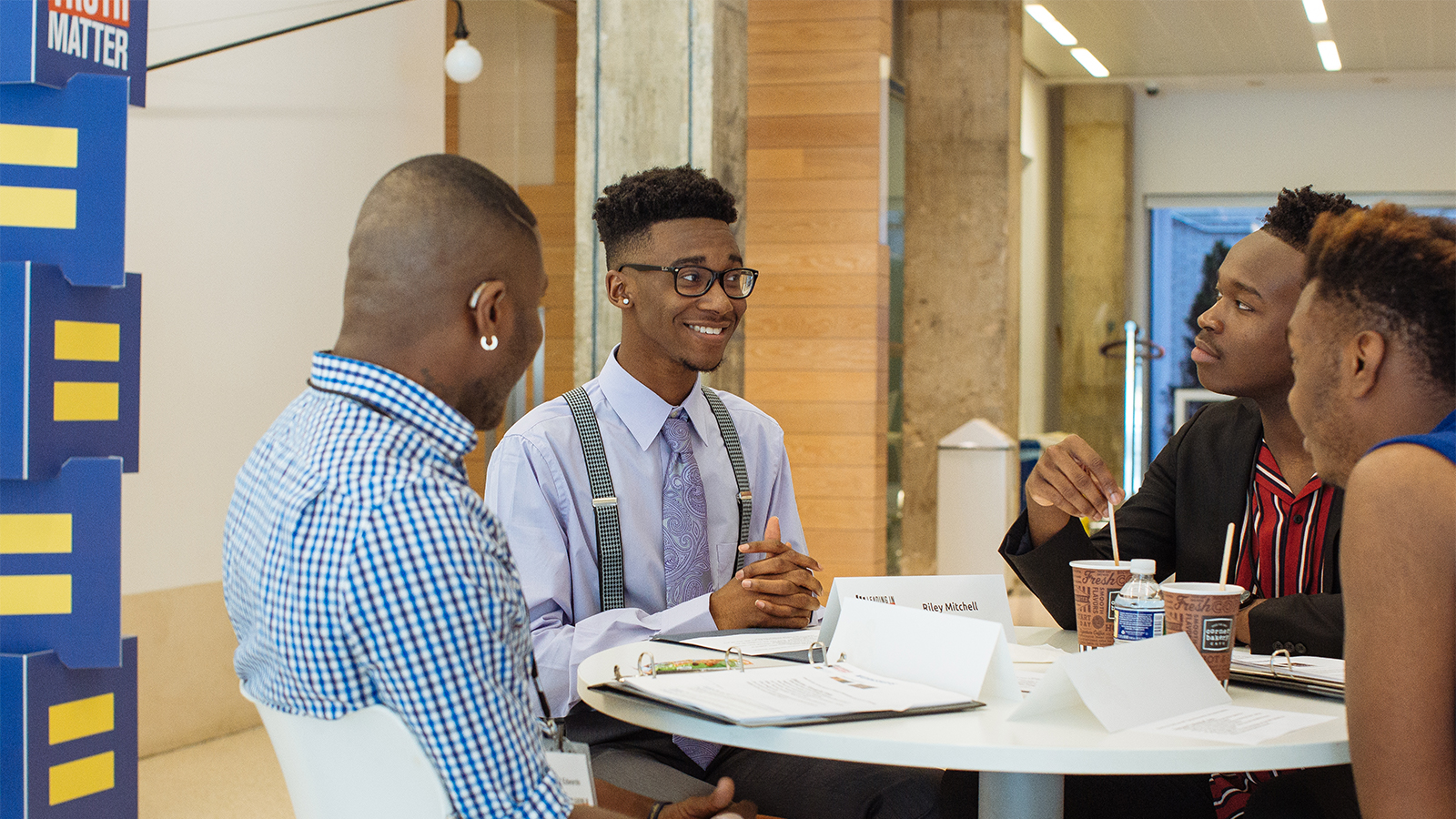 Part of the work to empower the next generation of Equality Voters starts with mobilizing students to act as changemakers in their communities, campuses and workplaces year round.

HRC Foundation’s Historically Black Colleges and Universities (HBCU) Program is a vital resource to empower LGBTQ young people to be change agents on their campuses across the U.S. Through a combination of an annual leadership summit and year-round support, HRC trains students to lead effectively at the intersections of race, religion, gender identity, class and sexual orientation.

“Leadership is not just about one position, one election or one campaign,” said Leslie Hall, associate director of HRC’s HBCU Program. “There are a variety of ways and opportunities for our students to become leaders. Our work is to prepare them not just to make change on their campuses, but also in their communities and after college.”

This year will mark the 13th annual HBCU Leadership Summit to train and prepare student leaders and administrators to advocate for LGBTQ inclusion and safety. For the first time, the summit will be held in Atlanta, helping to expand its reach and connection to the broader context of the civil rights movement, Hall said.

Participants will develop leadership skills in the key areas of self-awareness, awareness of others, courageous actions and collaboration to advocate for LGBTQ equality and other social justice issues. Sessions will cover topics including the intersection of race and sexual orientations and gender identities, mental health and wellness, inclusive leadership and harnessing political power.

In July, HRC Foundation was proud to host its second annual HBCU Diversity and Inclusion Leadership Briefing for University Presidents and Senior Executives. It’s part of a multi-pronged strategy to create high-level policy changes that will support and protect LGBTQ students and staff on college campuses around the country.

After November’s summit, the next step for the HBCU Program will be to launch an HBCU LGBTQ network of alumni.

“Having a network of alumni in place will help us to provide tools, facilitate connections with other LGBTQ HBCU alums and address issues more quickly when they arise,” Hall said. “We want to empower our young people to fight for equality — not just when they’re in college, but long after, building a footprint of HBCU students in the nonprofit sector.”