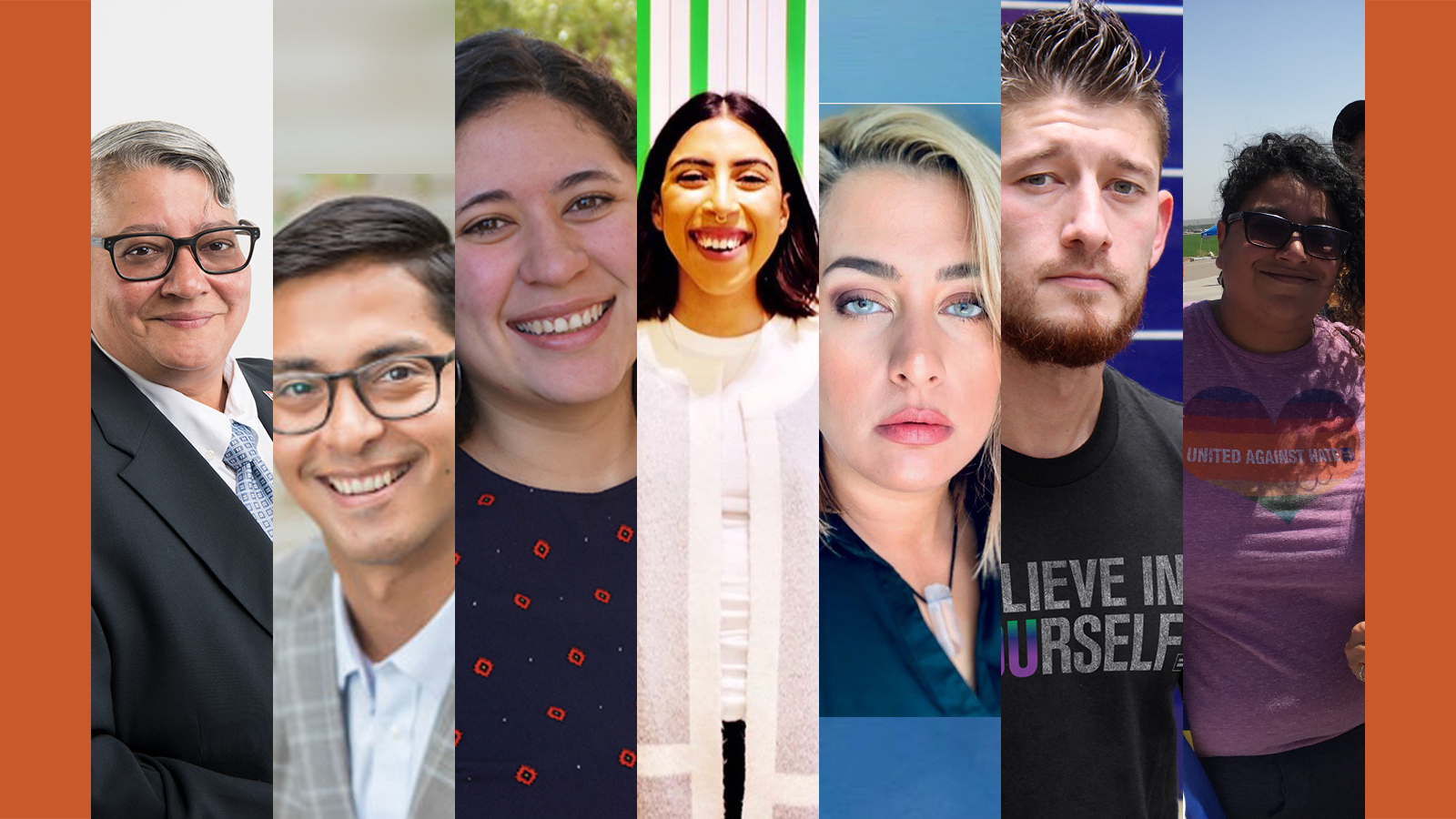 Throughout Latinx Heritage Month, HRC celebrated the histories, cultures and contributions of some of the countless Latinx LGBTQ people and allies fighting for change across our communities.

As we look toward November and our celebrations draw to a close, it’s urgent that we remain firmly with those in the Latinx community who are under attack -- including immigrant families ripped apart by the Trump-Pence administration’s unconscionable policies and young people affected by the administration’s cruel decision to end DACA.

“About 12 percent of all eligible voters this year are Latinx, which means that we can make such an impact,” said HRC Nevada State Director Briana Escamilla. “Here in Nevada, our vote is crucial and the races are so close. We have the chance to elect Nelson Araujo who would be the first openly LGBTQ person to hold statewide office -- and he’d be one of the first Latinx LGBTQ people elected to statewide office in the country. And we can do it!”

Check out reflections from Escamilla and other Latinx staff at HRC about why it’s vital to support our Latinx LGBTQ siblings and #TurnOUT on Election Day:

“My President led our country to believe that my father is to be seen as a rapist, that my mother has to prove she is a good person. Yet, you know what? Her vote still counts. And when she votes, that will be heard louder than the President’s dehumanizing rants. ¡Ya basta con él!”
—Alejandro Avilés, Pronouns: He/Him/Él

"The power of the vote should be evident to anyone who has the privilege to use it. As a descendant of the proud people of Puerto Rico whose compatriots cannot vote for full representation -- and a proud lesbian who sees her rights stripped away too often under this administration -- I will make sure my vote counts. My vote will count not just on November 6 but with every opportunity I have to exercise that privilege.”
—Lisbeth Meléndez Rivera, Pronouns: She/Her/Ella

“First, they took our lands and called us illegal. Then, they threw us in prison and called us felons. It is our responsibility to all the Latinx people in this country who can't vote to go out on Election Day and use our vote to make our voices heard.”
—Ana Flores, Pronouns: They/Them/She/Her

“Ten years ago I was asked to leave a store just because I was holding my partner’s hand. It was one of the worst, most hurtful indignities in my life. I’ve since dug my boots in, and I'm not going back. If you're not voting, you are letting people get away with this kind of discrimination. And if you’re LGBTQ in Texas, you simply can't afford to sit this election out. We need everyone to help. Join us this weekend for the National Day of Action. We're not going back.”
—Sissi Yado, Pronouns: Any

“It is critical that Latinx people vote in this election, because of the countless sacrifices of those before us. We must not only honor their work, but also act as advocates for those who cannot vote, and those who do not have a voice.”
—Nathan Barrera-Bunch, Pronouns: He/Him/His

“Being born in the Bronx and moving to Orlando in my early teenage years means that I have seen the importance of the Puerto Rican diaspora's vote firsthand. There are many pockets in Orlando that have heavily conservative districts, but the devastation that happened in Puerto Rico also means that many people had to flee to Florida or elsewhere and now have a full vote. This election cycle too many people think their voices don’t matter, but the time for our say is now.”
—Criss Ruiz, Pronouns: She/Her/Hers

Supporters in any state can text “VOTER” to 30644 to verify their voter registration, find their polling place, and receive election reminders. For more information on how to get involved, sign up to volunteer or join an advocacy training, visit HRC’s Equality Voter Action Center.