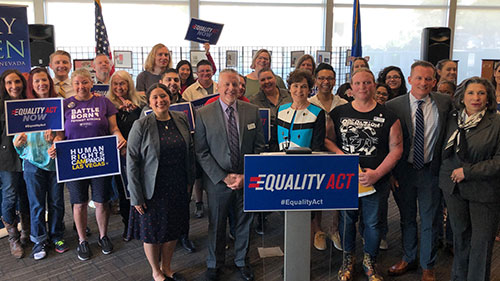 Human Rights Campaign fights for LGBTQ equality in Nevada alongside state and local groups and lawmakers. Join our team in Nevada as we work to defend the rights of LGBTQ people, immigrants, women, people of color and more.

If you are a reporter seeking up to the minute information about measures in Nevada, please email press@hrc.org and/or subscribe to our daily tipsheet, AM Equality

TY to the cities of Las Vegas, No. Las Vegas, Henderson, & Reno, for agreeing to continue accepting refugees fleeing violence, persecution, & hardship. NV has always been a state that welcomes refugees with open arms, & I look forward to us carrying on this moral, American duty. https://t.co/BattpTHgSW

Today, Aaron D. Ford was sworn in as Nevada’s 34th Attorney General, and the first African American to take statewide constitutional office. He swore an oath to serve and protect Nevadans, and is thrilled to lead an office of dedicated public servants #NevadaProud pic.twitter.com/shRfCOQWA4 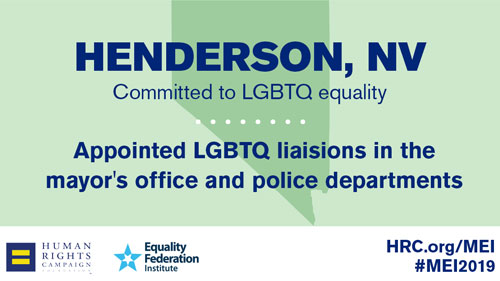 See how  Nevada's other cities rank.

See How Your Elected Leaders Rank on Equality