HRC published its “Inclusive Interpretations of Sex Discrimination Law,” a report that outlines how federal courts have developed a consistent legal narrative regarding discrimination against LGBTQ people as constituting unlawful sex discrimination under our nation’s civil rights laws.

However, judicially crafted protections cannot replace explicit federal statutes prohibiting discrimination on the basis of sexual orientation and gender identity. Without these laws, victims of discrimination will have to file a suit against an employer, landlord, or business owner and argue their case in a court of law.

This is why the Equality Act is so important. The Equality Act amends existing civil rights law—including the Civil Rights Act of 1964, the Fair Housing Act, the Equal Credit Opportunity Act, the Jury Selection and Services Act, to explicitly include sexual orientation and gender identity as protected characteristics. 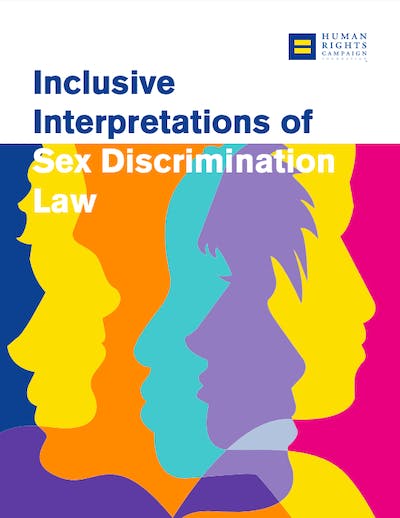 Every Child Deserves a Family Act