Gender binary | A system in which gender is constructed into two strict categories of male or female. Gender identity is expected to align with the sex assigned at birth and gender expressions and roles fit traditional expectations.

Queer | A term people often use to express a spectrum of identities and orientations that are counter to the mainstream. Queer is often used as a catch-all to include many people, including those who do not identify as exclusively straight and/or folks who have non-binary or gender-expansive identities. This term was previously used as a slur, but has been reclaimed by many parts of the LGBTQ movement.

Sex assigned at birth | The sex, male, female or intersex, that a doctor or midwife uses to describe a child at birth based on their external anatomy.

Transitioning | A series of processes that some transgender people may undergo in order to live more fully as their true gender. This typically includes social transition, such as changing name and pronouns, medical transition, which may include hormone therapy or gender affirming surgeries, and legal transition, which may include changing legal name and sex on government identity documents. Transgender people may choose to undergo some, all or none of these processes. 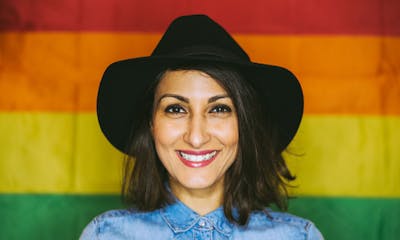