Our nation’s civil rights laws protect people on the basis of race, color, national origin, and in most cases, sex, disability, and religion. But federal law does not explicitly provide non-discrimination protections based on sexual orientation or gender identity. The need for these protections is clear—nearly two-thirds of LGBTQ+ Americans report having experienced discrimination in their personal lives.

Everyone should have a fair chance to provide a home for their families and access essential services without fear of harassment or discrimination.

What is the Equality Act?

The Equality Act would amend existing civil rights law—including the Civil Rights Act of 1964, the Fair Housing Act, the Equal Credit Opportunity Act, the Jury Selection and Services Act, and several laws regarding employment with the federal government—to explicitly include sexual orientation and gender identity as protected characteristics. The legislation also amends the Civil Rights Act of 1964 to prohibit discrimination in public spaces and services and federally funded programs on the basis of sex.

Additionally, the Equality Act would update the public spaces and services covered in current law to include retail stores, services such as banks and legal services, and transportation services. These important updates would strengthen existing protections for everyone.

Decades of civil rights history show that civil rights laws are effective in decreasing discrimination because they provide strong federal remedies targeted to specific vulnerable groups. By explicitly including sexual orientation and gender identity in these fundamental laws, LGBTQ+ people will finally be afforded the exact same protections as other covered characteristics under federal law.

We Still Need the Equality Act

In June 2020, the Supreme Court ruled in Bostock v. Clayton County that Title VII of the Civil Rights Act prohibits employment discrimination on the basis of sexual orientation and gender identity because they are types of sex discrimination. While this landmark ruling is a crucial step forward in addressing discrimination against LGBTQ+ people, the Equality Act is still necessary.

President Biden issued an executive order directing agencies to appropriately interpret the Bostock ruling to apply not just to employment discrimination, but to other areas of law where sex discrimination is prohibited, including education, housing, and health care. However, a future administration may refuse to interpret the law this way, leaving these protections vulnerable. Congress must codify the Bostock decision by passing the Equality Act to ensure future administrations fully enforce non-discrimination laws.

Additionally, there are two areas of civil rights law that do not currently prohibit sex discrimination, and therefore are not covered by Bostock—all federally funded programs and public spaces and services. The Equality Act adds sex, sexual orientation, and gender identity to these sections of

the Civil Rights Act. The law covering public spaces and services is also sorely outdated, and the Equality Act updates that law to strengthen protections for everyone.

The nonpartisan Public Religion Research Institute (PRRI) found that nationally, support for a bill like the Equality Act topped 70 percent, which includes a majority of Democrats, Republicans, and Independents. The bill has been endorsed by more than 630 organizations, including civil rights, education, health care, and faith-based organizations. In addition, there is strong business support for non-discrimination protections for LGBTQ+ people. The legislation has been endorsed by the Business Coalition for the Equality Act, a group of more than 500 major companies with operations in all 50 states, headquarters spanning 33 states, and a collective revenue of $7.4 trillion. In total, these companies employ more than 15.4 million people across the United States. More than 60 business associations including the National Association of Manufacturers, National Restaurant Association, and U.S. Chamber of Commerce have also followed suit endorsing the Equality Act.

You can help pass the Equality Act

The Senate must pass the Equality Act. With pro-equality majorities in both chambers of Congress, there has never been a better time to pass it. 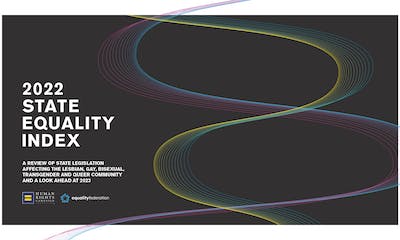