Today, HRC, released the following statement in response to  Wisconsin Supreme Court candidate Brian Hagedorn’s horrific and outdated comments alluding that the U.S. Supreme Court’s landmark Lawrence v. Texas ruling could lead to the legalization of bestiality in the country.

“Judges are tasked with a sacred duty to uphold equal treatment for all people under the law,” said HRC Wisconsin State Director Wendy Strout. “ Hagedorn’s anti-LGBTQ rhetoric is deeply disturbing, and as someone who has publicly and unabashedly voiced contempt for LGBTQ equality he has no place on the bench or in public office. If elected, Wisconsinites could not count on him to uphold their civil rights.”

In 2005, Hagedorn wrote a blog post criticizing the Supreme Court’s decision to overturn Lawrence v. Texas as a travesty that could “render laws prohibiting bestiality unconstitutional” because “the idea of homosexual behavior is different than bestiality as a constitutional matter is unjustifiable.” 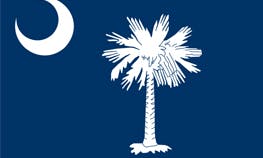