“Donald Trump and Mike Pence have both shamefully undermined efforts to combat HIV and AIDS. This empty White House press release is all the more absurd given Trump’s ignorance on and indifference to people living with AIDS, Pence’s role in a major HIV outbreak in Indiana, and this administration’s repeated efforts to rip affordable health care away from vulnerable people,” said HRC Government Affairs Director David Stacy. “Not only that, this administration’s proposed budget would dramatically cut HIV and AIDS funding both at home and abroad. And let’s not forget that Trump fired the entire Presidential Advisory Council on HIV/AIDS -- and has yet to appoint new members. With Black and Latinx and gay, bisexual and transgender people facing the worst of this epidemic, it is particularly galling that this administration, amid their ongoing efforts to dismantle our rights, would fail to even mention the groups most affected by HIV and AIDS.”

As a reminder, the Trump-Pence budget proposal released earlier this year includes inadequate funding for vital services and programs that are essential to LGBTQ people:

And in January, the Trump-Pence administration fired the Presidential Advisory Council on HIV/AIDS (PACHA) and has yet to appoint new members. For more than 22 years, PACHA has worked under both Democratic and Republican Administrations to ensure Americans affected by this illness have a voice in our government. Last year, six members resigned over the Trump Administration’s complacency in fighting the HIV epidemic.

Mike Pence has a particularly troubling history on prevention and awareness. HRC recently released a video chronicling how, as Governor of Indiana, Pence’s willful negligence enabled the worst outbreak of HIV and AIDS in the state’s history and has become a case study in how government officials should not handle such a health crisis. 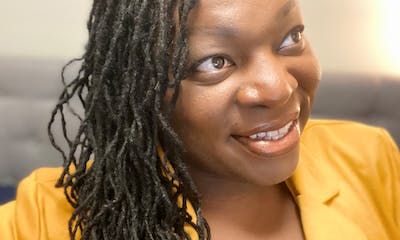