Today, April 11, 2021, marks one year since the Virginia Values Act — a comprehensive bipartisan law that expanded non-discrimination protections for LGBTQ people and added all-new protections in employment and public accommodations for all Virginians — was signed into law by Gov. Ralph Northam. 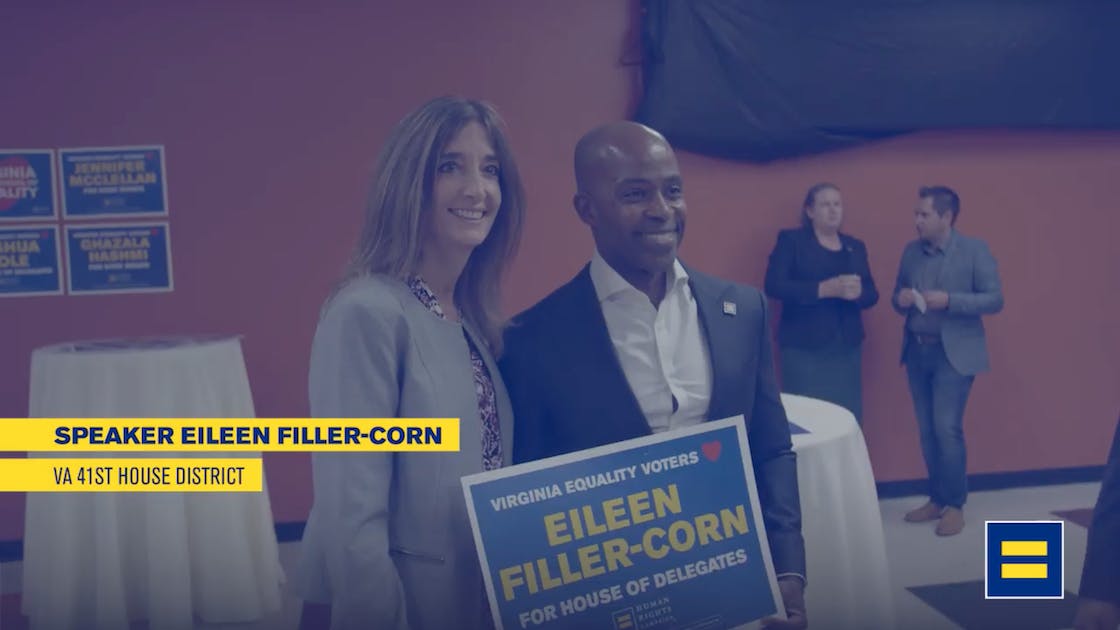 Play the Video: Inside HRC's Fight to Protect LGBTQ+ Virginians

Virginia continues to be a leader on LGBTQ equality with another historic slate of pro-LGBTQ bills signed into law this year, including the following:

In November, Virginians will head to the polls to elect a new governor, lieutenant governor and attorney general. They’ll also be voting for who will represent them in the House of Delegates.

To continue the progress we’ve seen in Virginia, it’s absolutely crucial we elect (and reelect) delegates who will champion progressive legislation in Richmond and a governor who will sign pro-equality bills. Ahead of the June 8 primary, we hope you’ll take a moment to register to vote or update your voter registration at hrc.org/Vote.

There is still so much to do, in Virginia and around the country, but today we take a moment to celebrate.

For more information on how you can help elect pro-equality candidates in Virginia, please contact Narissa Rahaman at narissa.rahaman@hrc.org