As we close out National Poetry Month, we asked HRC staff to submit works to be shared with our community and the important role poetry has played in their lives.

Cynthia Cheng-Wun Weaver (梁瀞云),Director for Human Rights Campaign’s Impact Litigation Program, shared how her love of poetry has created a connection to her past, as well as being a tool to help her process individual and generational trauma.

As a child Weaver’s bedtime routine included her father reading her Chinese poems and books in her native Cantonese. A few years after moving to the United States, she began writing her own poetry around the age of 11.

“I loved that so much is meant in so few words. But more importantly, I appreciated how a poem is rewritten each time it is read by invoking various memories and colors,” Weaver said.

When asked what the inspiration was for her poem “Next Line,” Weaver went on to explain it was the words of HRC colleague and Alabama State Director, Carmarion D. Anderson-Harvey. “Carmarion was explaining an issue she has in organizing work by comparing where she is now to where she was. It was the first time in a long time that I saw resilience demonstrated, that it is a tangible possibility.”

Weaver continued “The last book of poetry I put together was, admittedly, a desperate attempt to address suppressed individual and generational trauma, written for myself and my friends. When Carmarion simply said, "I have evolved," she showed me that I have been where I should be, all along. The same goes for our LGBTQ+ community, members, and colleagues. We are where we should be. We face tough questions and choices together. We continue to advocate for equality until everyone is free.”

Weaver’s full poem “Next Line,” is shared below:

with the last line, I was approved
it would’ve been about a lost childhood, a
failed childhood, a fractured one that
lasted decades, with each member
loved in an ill-received way, side-eyes
wandering from kitchen to the door, at dinners,
which member hiding what, except the
receipts for groceries—those must be reimbursed
but dear—I have evolved

it would’ve been about my father dying
with a congregation packed into our
living room, surrounding in quiet chants, him
freed of the obligation to parent, him no
longer a teacher or lover, then dead in
his own hospital room, sighing into
a mass of gaseous longing, except my
brother sat on the window ledge—
grappling with the dread of
becoming a man, a man of the house
but see—I have evolved

it would’ve been about walking
night streets, being accosted over
and over, the same grunt apologizing for
tugging me into an alley, another
hospital room but one for
me, a nurse, and a test that
was resolved and logged,
a police officer who glanced and
teared, except I could never stop
glancing behind me in lightness or dark
but here—I have evolved 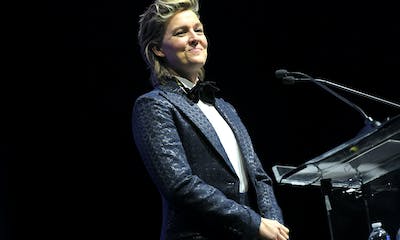 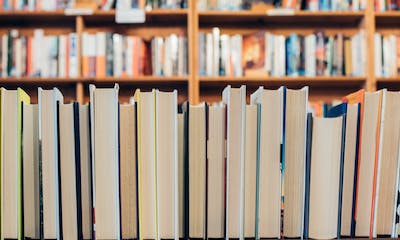