National Women and Girls HIV and AIDS Awareness Day is an opportunity to focus our attention on the impact of HIV and AIDS on women and girls in the U.S.

When Blossom Brown was diagnosed with HIV in November 2003, she wanted to learn more and raise awareness to help others living with HIV.

“I didn’t understand why I had to be diagnosed with HIV, but as I got around amazing folks who were doing the work, I became inspired to share my story and help others anyway that I can,” Brown, an actress, producer, filmmaker and activist, told HRC.

March 10 marks National Women and Girls HIV and AIDS Awareness Day, an opportunity to focus our attention on the impact of HIV and AIDS on women and girls in the U.S. Additionally, in tandem Women’s History Month, today we recognize and honor women like Brown who are HIV advocates.

“[This day] means so much to me because it is highlighting all women and their fight and struggles with combating HIV,” Brown, a longtime HRC supporter, said. “Often, women are pushed to the back when it comes to the conversation about HIV, and it’s about time the conversation of how it affects women begins and continues on a regular basis.”

As a Black transgender woman, Brown understands her perspective is critical to HIV and AIDS health advocacy.

“It is important discussing HIV from a trans woman’s perspective because trans women of color are one of the highest groups that are disproportionately affected by HIV,” she said. “We must continue having these powerful discussions about HIV within communities of color, especially trans women of color. We exist too and deserve a seat at the table.”

“I want to make sure how important everyone knows that being Black, living with HIV, and being trans have an important role in this society. Education about this group is crucial,” Brown said. “Trans women are women, and yes, have different needs from cis women, but all are a group of women. It is important to discuss issues such as unemployment, housing, sex work... all are tied into the HIV and AIDS struggle in general.”

In addition to spreading awareness, Brown said an important part of her health advocacy is ensuring that women and girls living with HIV and AIDS don’t experience negative stigma.

“The one thing I want women and girls to understand is that it is more than perfectly fine to be living with HIV. There is no shame in it,” Brown said. “You are still able to live a normal healthy life and are able to live out your dreams. No one will be able to take that away.”

HRC is committed to working with our allies, partners, members and supporters to end the HIV epidemic and the stigma surrounding HIV. Learn more about HRC’s work to end HIV and HIV-related stigma here. 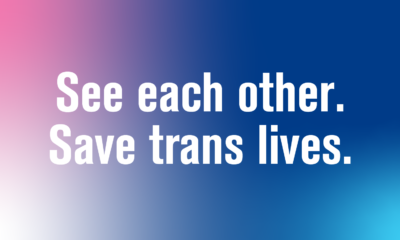 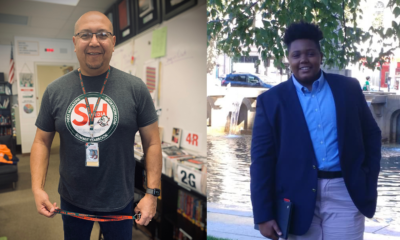 Leading By Example: How School Principals Can Support LGBTQ Students