Today, HRC announced a partnership with the Prevention Access Campaign (PAC) to correct misinformation about HIV in the news media through a new joint initiative called the Accuracy Watchdog.

Today, HRC announced a partnership with the Prevention Access Campaign (PAC) to correct misinformation about HIV in the news media through a new joint initiative called the Accuracy Watchdog.

PAC is one of a growing number of organizations, including HRC, to champion the fact that people living with HIV cannot transmit the virus to a partner if they’ve consistently taken their medication and achieved an “undetectable viral load.” This means the amount of HIV in a person’s body is so low that it cannot be detected by a standard HIV test.

HRC recently sat down with PAC’s Bruce Richman and John Byrne to discuss the current realities of HIV and the importance of stigma-busting initiatives such as the Accuracy Watchdog.

What is the Prevention Access Campaign (PAC)? How did it get started?

The Prevention Access Campaign is a health equity initiative to fundamentally dismantle HIV stigma and prevent new HIV transmissions by expanding access to and awareness of groundbreaking biomedical HIV prevention. We started PAC because we recognized the need for expanded access to PrEP to prevent acquiring HIV and a major gap in knowledge and lack of understanding that people living with HIV who are undetectable can’t transmit HIV to a partner. We’ve even come up with a simple slogan to help people remember: “Undetectable = Untransmittable” or “#UequalsU.”

What is PAC's primary goal? What are some of the ways you're working to achieve it?

This a game changing moment in the epidemic, but most people still don’t know it. With effective antiretroviral therapy, a person living with HIV is no longer capable of transmitting HIV. With PrEP, a daily pill can reduce an individual’s risk of acquiring HIV by more than 90 percent, and technologies continue to improve. PAC’s goal is to get the message out accurately and meaningfully about these life-changing, stigma-busting, and transmission stopping developments.

We’re working in cities like New York and Miami and through a network of organizations in the UK, France, Northern Ireland, The Netherlands, Canada, Scotland, Australia and New Zealand to co-produce and share open-source social marketing materials, research, and strategies related to HIV prevention and #UequalsU.

Tell us more about the Accuracy Watchdog you’re working on in partnership with HRC and what you're hoping to accomplish with it.

We created the Accuracy Watchdog after finding major inaccuracies about PrEP and undetectability in news articles and on HIV information sites. After securing multiple corrections (e.g., last year, we corrected an inaccuracy about PrEP’s effectiveness in a widely shared Newsweek article), we found there weren’t any organizations consistently monitoring the media for mistakes such as the one we found in the Newsweek article. Nor were there any organizations consistently following up on these errors. This a problem because misinformation leaves people ill-equipped to make informed decisions about their sexual and reproductive health, and too often perpetuates harmful myths about people living with and affected by HIV.

Accuracy Watchdog fills that gap by monitoring the media for scientific inaccuracies and other types of misleading claims. A sister campaign called S4 driven by a growing network of people living with HIV and extends the monitoring program to communications from AIDS organizations and healthcare workers. HRC does an incredible job sounding the alarm whenever bias or misinformation about the LGBTQ community appears, so it made total sense to partner with you all on this effort.

Why is important for people living with and affected by HIV to know about the benefits of being undetectable?

The information is life-changing. The majority of people living with HIV are still being led to believe that they will be infectious for the rest of their lives or until there is a cure. The message that we’re no longer capable of passing HIV onto others is the defining moment that many have been waiting for. It lifts the shame and the fear of transmitting the virus on to someone you love, someone you have sex with, or someone with whom you conceive a child.

We believe sharing this information will help dismantle HIV stigma, which is not only harmful to people living with HIV but is perhaps the greatest barrier to ending the epidemic. For some people living with HIV, staying undetectable and therefore uninfectious is a reason to start and stay on treatment.

Is there anything else you'd like HRC readers to know?

While we celebrate these biomedical breakthroughs, we need to address the social, structural, and legal barriers to accessing PrEP and stable treatment. We need to be careful about creating a divide between folks who use PrEP and those who don’t by choice or lack of access to it. And even more so, we must be vigilant to avoid alienating people with HIV who are not on effective treatment by choice or circumstances outside of their control. Given these two groundbreaking developments, there has never been a more hopeful time in the history of the epidemic. It’s time to ensure everyone has the opportunity to take part in this revolution.

HRC is committed to working with allied organizations such as the Prevention Access Campaign to end the dual epidemics of HIV and HIV-related stigma. Click here to learn more about HRC’s work. 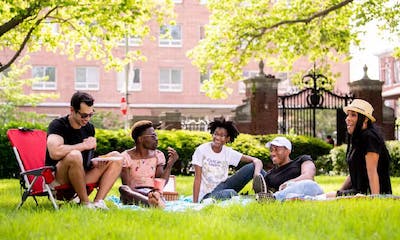