HRC recently travelled to Tbilisi, Georgia, to explore ways of supporting the LGBTQ community in this country that lies at the crossroads of Europe and Asia.

HRC recently travelled to Tbilisi, Georgia, to explore ways of supporting the LGBTQ community in this country that lies at the crossroads of Europe and Asia. HRC Global Deputy Director Jean Freedberg and HRC Legal Director Sarah Warbelow joined former Global Fellow Gvantsa Tsulukidze for the week-long outbound portion of her American Councils Professional Fellowship. Gvantsa serves as a human rights lawyer at the Georgian Democracy Initiative (GDI). During the visit, HRC staff met with LGBTQ advocates, allies and supporters to learn more about the situation of LGBTQ people in Georgia, the challenges that they face, and the opportunities they might have to advance their human rights advocacy.

In its efforts to meet the standards for European integration, Georgia introduced non-discrimination protections for LGBTQ people in 2014 and considers crimes committed on the basis of sexual orientation an aggravating factor in prosecution. However, we learned from the advocates that these protections are not well enforced and there is little legal recourse to uphold them.

In this conservative country, anti-LGBTQ atttitudes are perpetuated by the tremendously influential Georgian Orthodox church, and traditional social and cultural norms. As a result, LGBTQ people suffer discrimination, persecution and violence, especially in rural areas.

On the first day, about 100 advocates -- including allies from civil society and representatives of the U.S. and a few other embassies -- were able to hold a rally in honor of the International Day against Homophobia, Transphobia and Biphobia, under the watchful eye of the police. Activists called this commemoration “an important step forward,” demonstrating the challenges that the LGBTQ community in Georgia faces in being publicly visible in a politically and religiously constrained environment.

HRC met with activists from leading national organizations including Georgia Equality, the Women's Initiatives Supporting Group (WISG) and others, and learned much from them about their programs, their aspirations and what they are doing to advance LGBTQ rights. For instance, advocates worked on producing a major national poll on attitudes towards LGBTQ people, and the organizations are all involved in public education efforts to combat homophobia and transphobia. HRC staff heard about the challenges they face, most notably an upcoming constitutional amendment that will bar same-sex marriage, even though this is not a right that the community has ever prioritized. HRC shared with them a history of the LGBTQ movement in the U.S., and HRC’s role in it, and talked about the challenges our movement continues to face despite immense progress. HRC also gave a public lecture to university students, and met with a number of legal practitioners who are using the law to advance LGBTQ rights.

HRC staff heard from many of the activists that such meetings across borders are inspirational and give them hope for the future. The struggle for equality and rights is a global one and HRC is committed to standing shoulder to shoulder with advocates around the world, providing help and support where it is most needed and wanted.

Visit our webpage for more information about the work of HRC Global. 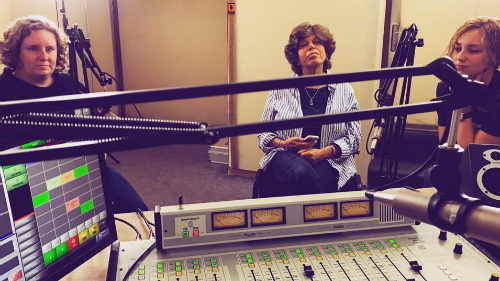 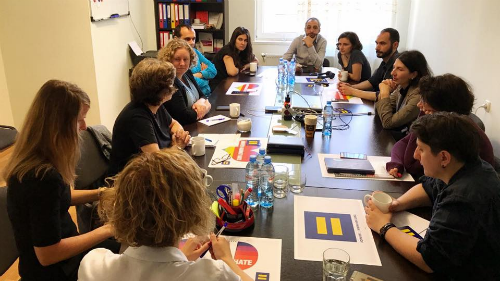