HRC responds to President Trump's tweet suggesting that November elections should be delayed.

This morning, President Trump issued a tweet filled with lies and suggested the November elections should be delayed. In response, HRC President Alphonso David issued the following statement:

“The President is losing the election because of his cruelty, incompetence and corruption. There appear to be no limits to his efforts to propagate lies about the safety of this election and distract us from his failed response to COVID-19, all in order to boost his own flailing campaign. He has repeatedly contradicted medical experts and science, and has taken us backwards as a nation. If the President is worried about conducting the election during a pandemic, he should support the $3.6 billion in the Heroes Act to help states and local governments implement vote-by-mail and other expanded options for voting. He should be helping ensure every American can vote safely in November, rather than continuing to advance misinformation and to undermine our democracy.  This is why we all must unite, like never before, to vote Trump out of office and bring about the change our country so desperately needs.” 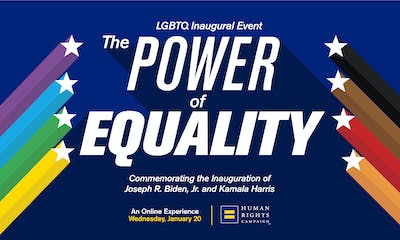