HRC is deeply saddened to learn of the death of Disaya Monaee, a 32-year-old Black transgender woman who was fatally shot in Chicago, Illinois on September 6. Monaee’s death is at least the 36th violent death of a transgender or gender non-conforming person in 2021 and the third in Chicago. We say “at least'' because too often these deaths go unreported — or misreported.

Detectives with the Dolton Police Department are currently investigating Monaee’s death, but a suspect is not yet in custody.

In an injustice compounding this tragedy, Monaee was misgendered in some media and police reports. Anti-transgender stigma is exacerbated by callous or disrespectful treatment by some in the media, law enforcement and elected offices. According to HRC research, it is estimated that approximately three-quarters of all known victims were misgendered by the media and/or by law enforcement. In the pursuit of greater accuracy and respect, HRC offers guidelines for journalists and others who report on transgender people. HRC, Media Matters and the Trans Journalists Association have also partnered on an FAQ for reporters writing about anti-trans violence.

At the state level, transgender and gender non-conforming people in Illinois are explicitly protected from discrimination in employment, housing, education and public spaces. Illinois does include sexual orientation and gender identity as protected characteristics in its hate crimes law. While recent weeks have seen some gains that support and affirm transgender people, we are also currently facing anti-LGBTQ attacks at many levels of government, with more than 250 anti-LGBTQ bills under consideration in state legislatures across the country, more than 120 of which directly target transgender people.

Honoring Za’niyah Williams, a “Beautiful Butterfly” Who “Ripped the Runway” 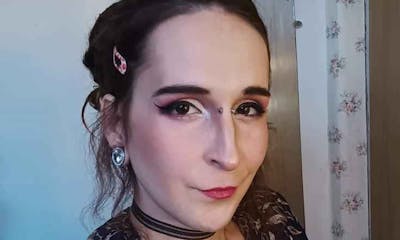