Powers' death is believed to be at least the 17th violent death of a transgender or gender non-conforming person this year.

The Human Rights Campaign is horrified to learn of the death of Brian “Egypt” Powers, a 43-year-old Black transgender person killed in Akron, Ohio, on June 13. Powers’ death is believed to be the at least 17th violent death of a transgender or gender non-conforming person this year in the U.S. We say at least because too often these stories go unreported -- or misreported. Since HRC began tracking this data in 2013, advocates have never seen such a high number at this point in the year.

“In June -- when we are meant to honor the LGBTQ community with Pride and as millions marched for racial justice and an end to white supremacy -- we saw at least five transgender and gender non-conforming people violently killed in America,” said HRC Director of Community Engagement for the Transgender Justice Initiative Tori Cooper. “This epidemic of violence is so impactful that advocates cannot turn around without learning of another precious life stolen from this earth. Brian “Egypt” Powers, according to family, was a good Christian person who loved to cook and who brought warmth and life to everyone they met. Powers did not deserve to die. We do not deserve to die simply for being ourselves.”

According to local news, “As a child, Powers dreamed of becoming a backup dancer for Janet Jackson or Paula Abdul.” Powers worked at a local catering company and is remembered for wearing long, colorful braids -- “unicorn braids,” as Powers called them. According to reports, Brian identified as transgender but continued to use he/him pronouns and his birth name. He also sometimes used the name Egypt.

We must demand better from our elected officials and reject harmful anti-transgender legislation appearing at the local, state and federal levels. It is clear that fatal violence disproportionately affects transgender women of color. The intersections of racism, transphobia, sexism, biphobia and homophobia conspire to deprive them of necessities to live and thrive. 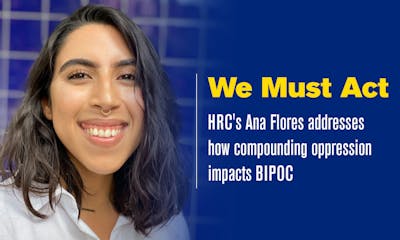