The themes that emanated from the rally were messages of resilience, love, justice, equality for all and unity.

The Human Rights Campaign joined thousands of marchers in downtown Raleigh on Saturday for the North Carolina NAACP's 11th annual HKonJ Moral March. HRC staff member Hope Jackson was on the ground in Raleigh with HRC Triangle steering committee members Anna Lineback, Will Miles, Cara Marel, and Robert Bronke, as well as HRC Board of Directors member Ames Simmons and Board of Governors member Neil Smith. Together, we marched with the North Carolina NAACP, our state equality partner -- Equality North Carolina -- and other advocacy groups. The themes that emanated from the rally were messages of resilience, love, justice, equality for all and unity.

HKonJ refers to the Historic Thousands on Jones St. People’s Assembly Coalition, which is made up of more than 125 North Carolina NAACP branches, youth councils, college chapters from across the state, and members of over 200 other social justice groups.

Throughout the rally, advocates shared their reasons for being present and the path ahead for all of the issues of concern in the North Carolina legislature, federal courts, and the current U.S. federal administration. The message that resonated throughout was that no matter what lies ahead, we will stand together because injustice against one of us affects all of us. We are stronger when we stand together.

As supporters marched down Jones Street, chants of "HB2 has got to go!" and "Forward together, not one step back!" resounded in the air and filled the streets as an estimated 80,000 marchers came to a standstill at the North Carolina General Assembly to hear messages from Rev. Dr. William J. Barber II, president of the North Carolina NAACP,  as well as faith leaders and advocates.

“We march because all of God’s creation is important regardless of your race, creed or color or who you choose to love…We march because …because it’s wrong to defend racist and unconstitutional gerrymandering…because it’s wrong to defend anti-family, anti-worker, anti-living wage, anti-LGBTQ HB2 bill,” said the Rev. Dr. Barber. “We march to not only say these things are wrong but to put a face on the people it impacts…We march together so…LGBTQ folks can stand…straight people can stand up for bisexual people, transgender people and queer people…We march because we are North Carolina, We are America.”

Among the many organizations in attendance were Planned Parenthood, Raise Up for 15, NC AIDS Action Network, Freedom Center for Social Justice, and more. For those present, the march represented a culmination of the work over the year, a chance to continue that work, and a call to activism to fight for not just the issues that touch home, but those that harm our neighbors; racial justice, LGBTQ rights, repeal of HB2, anti-immigration legislation, and women's rights. 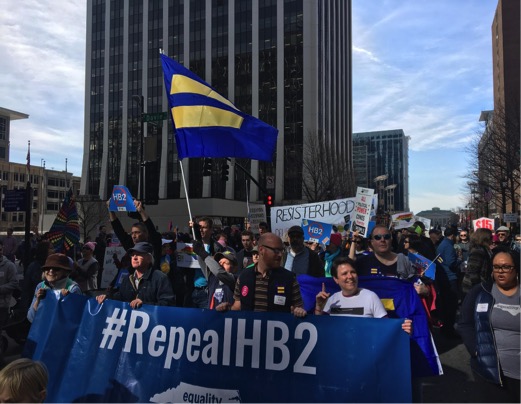 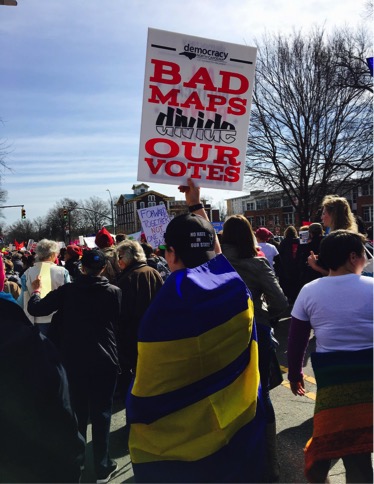 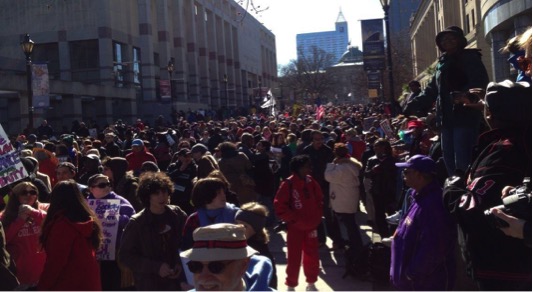 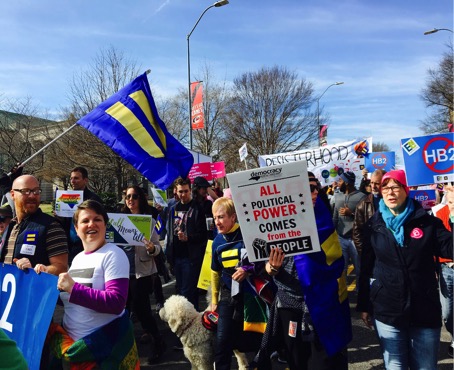