In honor of the day, HRC and Human Rights First will present our third annual Advocates & Allies in the Global Equality Movement awards to outstanding LGBTQ advocates and allies from around the world.

On December 10, HRC commemorates Human Rights Day, marking the date in 1948 when the United Nations General Assembly adopted the Universal Declaration of Human Rights. The declaration was the first time the global community spelled out a set of inalienable rights everyone is entitled to have, including LGBTQ people.

In honor of the day, HRC and Human Rights First will present our third annual Advocates & Allies in the Global Equality Movement awards to outstanding LGBTQ advocates and allies from around the world. This year, we recognize an advocate from the Russian LGBT Network, a faith leader from Jamaica and the Inter-American Commission on Human Rights.

HRC and Human Rights First worked closely with Vinnichenko and her organization to help people escape the violence and to bring more attention to the atrocities in Chechnya through the #EyesOnChechnya campaign. Following reports from the Russian LGBT Network that visas to the U.S. were not being issued, HRC appealed to Secretary of State Rex Tillerson to welcome gay Chechens to the U.S. through any means possible. 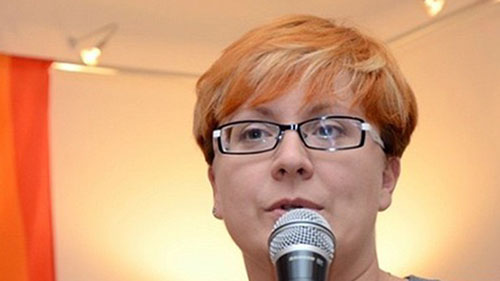 2017 Ally of the Year Award: Father Sean Major-Campbell, Rector of Christ Church in Vineyard Town, Jamaica
Father Sean Major-Campbell has been bravely standing up for for LGBTQ people at his church, in his community and beyond. He formerly served as Rector of the Anglican Church in the Cayman Islands, where he advocated for people living with HIV as a member of the Cayman AIDS Foundation.

Most recently, he organized an international conference Intimate Conviction in October 2017 with prominent church leaders to examine the church and anti-sodomy laws in the British Commonwealth. The conference showed the importance of churches coming together in service of common humanity and broadening religious conversations around the repeal of laws affecting LGBTQ people.

About the conference and his work, Father Sean said, “It is hoped that everyone will hear perspectives that promote respectful dialogue on the rugged landscape of human sexuality and theological discourse.” 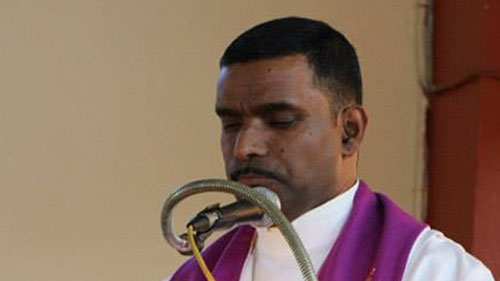 Special recognition: Inter-American Commission on Human Rights
Since 2014, the IACHR has been supporting LGBTQ people in the Western Hemisphere. Particularly, the commission has been monitoring and reporting on LGBTQ human rights violations, taking on LGBTQ cases before the Inter-American Court, and providing technical assistance on LGBTQ issues to members of the Organization of American States. Under the leadership of past Rapporteur Tracy Robinson and current Rapporteur Francisco José Eguiguren Praeli, the IACHR continues to stand up for the human rights of LGBTQ people in the region. Learn more about the IACHR’s LGBTQ work here. 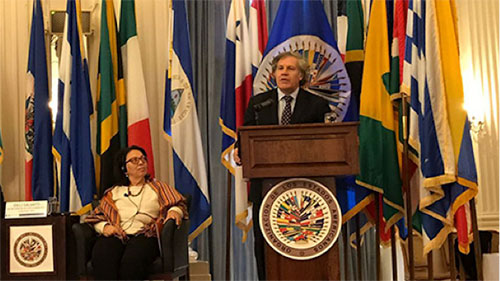 We look forward to continuing to build relationships with advocates and allies to help expand LGBTQ equality around the world. Learn more about HRC Global here.

HRC and Human Rights First are honored to recognize these outstanding advocates at an awards event on December 11 in Washington, D.C. Learn more about the event here.