HRC is proud to work with TomboyX to introduce a new line of HRC branded TomboyX underwear to ensure that everyone can feel comfortable throughout the day.

HRC is proud to work with TomboyX to introduce a new line of HRC branded TomboyX underwear to ensure that everyone can feel comfortable throughout the day. HRC reached out to TomboyX for this project because of TomboyX’s mission to promote self love and acceptance and the company’s gender neutral underwear that exists for all people -- no matter their gender identity or expression.

“There’s so much divisiveness and negativity in the world that we want to be a brand that wasn’t about trying to show you how to be cool but, rather, celebrates how cool you already are,” said Fran Dunaway, TomboyX CEO and founder. 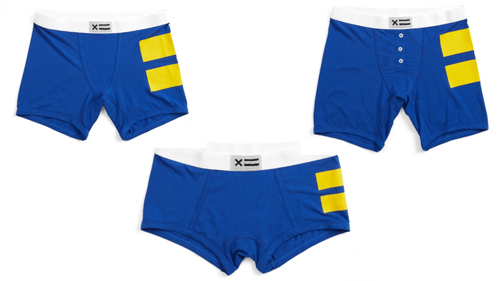 Launched in 2013, TomboyX is a women-owned business and was featured as one of Seattle’s fasted growing minority-led businesses. During all steps of the line creation, HRC actively worked to ensure representation and inclusion, from the styles offered (6” boxer briefs, 4.5” boxer briefs and boy shorts) to the models featured in advertising. The models shown in the promotions are everyday people, including neighbors and friends of HRC. These gender-neutral underwear have also been fit tested to ensure that they are a no-fuss cut that won’t ride up. 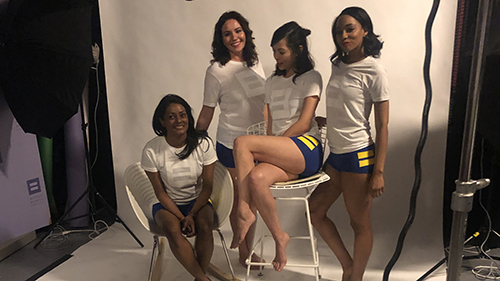 Exclusively available on shop.hrc.org and in HRC brick-and-mortar stores, there are three different styles of gender-neutral underwear. The prices range from $30 - $34 and feature the iconic HRC equal sign along the hip and upper thigh. The pairs all are made of 95% cotton and 5% spandex, with  the signature TomboyX stay-put waistband that will not bind or ride up.

HRC is proud to work with TomboyX and support minority-led companies in the fight for inclusivity. To get your own pair, visit shop.hrc.org now.