The American Academy of Child and Adolescent Psychiatry approved a policy statement stating that “‘conversion therapies’ should not be part of any behavioral health treatment of children and adolescents.”

The new AACAP policy expands on this: “The American Academy of Child and Adolescent Psychiatry finds no evidence to support the application of any ‘therapeutic intervention’ operating under the premise that a specific sexual orientation, gender identity, and/or gender expression is pathological. Furthermore, based on the scientific evidence, the AACAP asserts that such ‘conversion therapies’ (or other interventions imposed with the intent of promoting a particular sexual orientation and/or gender as a preferred outcome) lack scientific credibility and clinical utility. Additionally, there is evidence that such interventions are harmful.”

Conversion therapy has been universally criticized by the American Psychiatric Association, American Psychological Association, American Medical Association and every other mainstream medical and mental health organization. Increasingly, more states are taking action to protect LGBTQ youth from the harmful practice. California, Connecticut, Illinois, Nevada, New Jersey, New Mexico, New York, Oregon, Rhode Island, Vermont and the District of Columbia have enacted laws or regulations to protect minors from being subjected to so-called “conversion therapy” by state-licensed mental health providers. In several states, these bills were signed into law by Republican governors, illustrating the bipartisan support for curbing the harmful practice.

And these bipartisan efforts are making a difference.

A Williams Institute study found that 6,000 LGBTQ youth who live in states that protect against the practice would have been subjected to conversion therapy by a licensed healthcare professional if these protections had not been put in place.

However, more work needs to be done. The same Williams Institute report found that approximately 20,000 LGBTQ minors will be subjected to conversion therapy by a licensed healthcare professional in states without laws protecting them from the practice.

That is why HRC is working with organizations such as the National Center for Lesbian Rights to expand the number of states that protect minors from conversion therapy, and with municipalities around the country to pass local legislation when states are slow to act. In the past month, the Washington State Senate and New Hampshire House of Representatives voted to advance legislation that would protect LGBTQ youth from conversion therapy. In addition, last week, Maryland lawmakers introduced bills in both state legislative chambers to safeguard LGBTQ minors from this dangerous and discredited practice.

At the federal level, HRC is working to pass the Therapeutic Fraud Prevention Act, which would expressly classify the selling and advertising of so-called “conversion therapy” as prohibited consumer fraud. Last year, dozens of AACAP members joined HRC for a Children’s Mental Health Providers LGBTQ Youth Policy Lobby Day, where attendees lobbied on the Therapeutic Fraud Prevention Act and other legislation that would impact LGBTQ youth.

HRC commends AACAP for this new policy statement and is committed to ensuring that in every state, LGBTQ youth are protected from this destructive and detrimental practice. 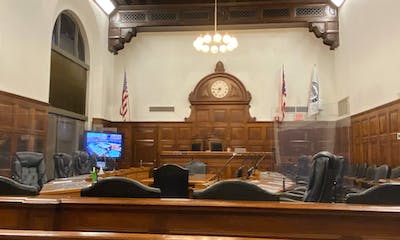