Is America a place where people can safely be who they are? We all want to answer yes, of course; we want to believe this country protects its people. Yet there are still 29 states where LGBTQ+ people lack protections when renting a home or picking up groceries.

Despite significant steps forward, LGBTQ+ Americans lack basic legal protections in states across the country. With legal protections being extended to LGBTQ+ people in fewer than half of the states, the end result is a confusing, dizzying patchwork whereby LGBTQ+ people are subjected to constant uncertainty. If driving from one end of the country to the other, LGBTQ+ people’s rights would change literally dozens of times, ensuring no protections to shield against potential discrimination and its devastating impact on not only their safety, but the safety and security of their families.

Meet Queen - a strong, fierce, independent Black trans woman who, in her own words, has “never had sustainable housing.”

A few years ago, she was kicked out of her rental house in North Carolina simply for being who she is: A trans woman. As she shares her story, her voice wavers. 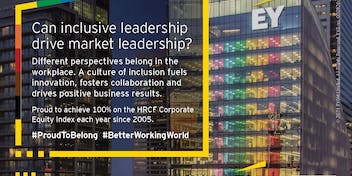 “I think it was three or four days later, a week at most, he called me to tell me, ‘Well, just wanted to inform you that I will be selling the property that you’re currently living in and you need to evacuate the property within two weeks.’”

Queen’s story is emblematic of what happens to countless trans people.

The numbers behind LGBTQ+ homelessness are chilling. LGBTQ+ youth are 120% more likely to experience homelessness than youths who are not a part of the LGBTQ+ community. In one study, approximately 8% of trans adults across sexual orientations had experienced homelessness within the past year — compared to just 1% of cisgender, straight adults interviewed for the same study.

MARRIAGE EQUALITY WASN'T THE END OF THE FIGHT.

In 29 states, LGBTQ+ people can be denied access to public services — simply for being LGBTQ+. Imagine being denied food bank services despite qualifying for it, simply because the lender learned you’re part of the LGBTQ+ community.

Or, imagine calling a taxi only to be told they won’t take you because of who you are.

These scenarios are only the beginning of legal discrimination LGBTQ+ people face every day.

The Equality Act will change all of this — but we need your help to get it passed.

The Equality Act has passed through the House twice — first in 2019 and again in February 2021 — but has not yet been passed by the Senate. When it did pass in the House in 2019, it did not have presidential support.

We have a historic opportunity to finally pass the Equality Act with the current pro-equality majority in Congress as well as a president who supports the bill.

"LGBTQ+ people live in every state and every county, coast to coast. We are your neighbors, co-workers, friends and family,” HRC Legal Director Sarah Warbelow explains, “No one should be subjected to discrimination based on who they are."

HRC is working with members of Congress, coalition partners and allies to advocate for the Equality Act’s passage in the Senate. We are also doing both in-person and virtual events to help educate people on why the Equality Act is needed, how to contact their senators, and why community support is so crucial.

THIS IS WHERE YOU COME IN.

There are a few things you can do to help the Equality Act get passed by the Senate.

THE HUMAN COST BEHIND NOT PASSING THE EQUALITY ACT RISES EVERY YEAR.

Currently, Gen-Z has the highest percentage of people who identify as LGBTQ+. However, a recent survey from The Trevor Project revealed that 75% of LGBTQ+ youth under age 24 say they’ve experienced discrimination based on their sexual and/or gender identity. Only 1 in 3 surveyed reported being supported at home. This is a generation with more “out” people than any other, despite knowing — and often experiencing — the all-too-common and many forms of discrimination impacting people every day.

Discrimination takes a toll on mental health: More than 40% of LGBTQ+ youth have seriously considered suicide, while 72% reported symptoms of generalized anxiety disorder. There are a number of things that decrease the likelihood of experiencing negative mental health symptoms, including being able to change their name on legal documents and having a supportive home, school and/or online environment.

When we take into account that there are only 22 states and just over 125 cities that have adopted comprehensive legal protections for LGBTQ+ people, the picture becomes sobering: LGBTQ+ youth’s options for seeking refuge from environments that foster negative mental health symptoms are limited. Too often facing the consequences of discrimination, LGBTQ+ youth are facing a crisis. We have to ask ourselves: What kind of country are they coming of age in?

Sixteen-year-old Stella Keating eloquently answered this question when she testified before Congress in March.

“Right now, I could be denied medical care or be evicted for simply being transgender in many states. How is that even right? How is that even American? What if I’m offered a dream job in a state where I can be discriminated against? Even if my employer is supportive, I still have to live somewhere. Eat in restaurants. Have a doctor. And why am I having to worry about all of this at the age of 16?”

Despite all the progress we have made, the American in which we live still forces children to evaluate if where they live, work and go to school will offer them legal protections from discrimination.

The Equality Act will change this by ensuring a level playing field in a country that allows them to be who they truly are — without fear of basic rights being denied simply because they crossed a state line or because they found themselves in a city that denies them legal recourse against discrimination.

THE EQUALITY ACT MEANS MORE PROTECTIONS FOR EVERYONE – FULL STOP.

One of the ways the Equality Act closes gaps in civil rights for other communities is via addressing the so-called “pink tax,” or increased cost for women’s products or services that are largely identical to lower-cost men’s products or services. The pink tax has received a fair amount of attention over the past few years, and under the Equality Act would be illegal, saving women an average of $1,300 per year.

BIPOC are currently afforded protections against discrimination in some public places — such as restaurants and hotels — but not in other places like salons, stores and on public transportation. The Equality Act would extend federal protections to BIPOC everywhere they go, ensuring them the right to pursue justice at the highest levels in the face of discrimination.

As for child welfare providers, imagine spending years getting ready to welcome a child into your home only to be told no over something that not only you have no control over but also has no impact on your ability to care for a child. It is currently legal for people seeking services provided by adoption and/or fostering agencies to be rejected — not just on the basis of their gender, race and/or sexual identity, but that of their family and close friends. The Equality Act would make such practices illegal, period.

Additionally, the Equality Act would ensure older adults can’t be denied access to publicly funded services such as Meals on Wheels, federally funded care, or programs like Medicare because of their gender, sexual orientation, or race. For example, someone caring for a family member who has Alzheimer’s disease or dementia could not be turned away from caregiver support groups funded by the Department of Health and Human Services, which have been shown to improve the emotional and economic well-being of participants, on the basis of race, gender, or sexual identity. Nor could they be turned away from housing for the same reasons. Ensuring these protections under the Equality Act would help alleviate fears of having to “go back in the closet” upon entering a care home among older LGBTQ+ community members.

Under the Equality Act, all public schools and some private schools would be prohibited from discriminating against a teacher on the basis of sexual orientation or gender identity in the context of hiring, firing or promotion. Believe it or not, this is not a protection currently afforded to all educators. The Equality Act will also offer LGBTQ+ students protections from harassment and discrimination from staff and peers alike, which is also not something they are currently offered at a federal level.

We all need the Equality Act, and you can be a part of helping to get it passed.

In addition to the above-outlined opportunities to take action (become a community co-sponsor, call your members of congress, and email your members of Congress), you can also share your story and post your support of the Equality Act to social media.

You can also urge your workplace to endorse the bill if they aren’t already doing so. (You can check the list of non-profit organizations that support the bill here and the list of other businesses here.)

Learn more about the Equality Act