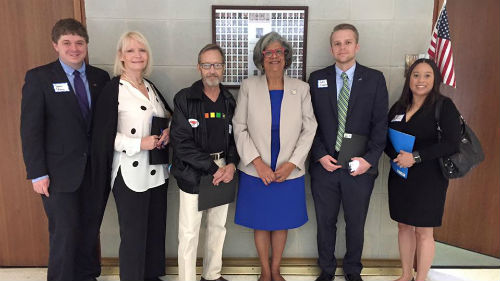 In 2017, North Carolina passed shameful new legislation that lawmakers and Governor Cooper touted as a “repeal” of their discriminatory HB2 law. Learn more about HB2 here and read what major publications as well as the businesses and entertainment community are saying here.

If you are a reporter seeking up to the minute information about measures in North Carolina, please email press@hrc.org and/or subscribe to our daily tipsheet.

Marriage Equality & Other Relationship Recognition
State issues marriage licenses to same-sex couples.
School Anti-Bullying
State has a law that addresses harassment and/or bullying of students based on sexual orientation and gender identity.