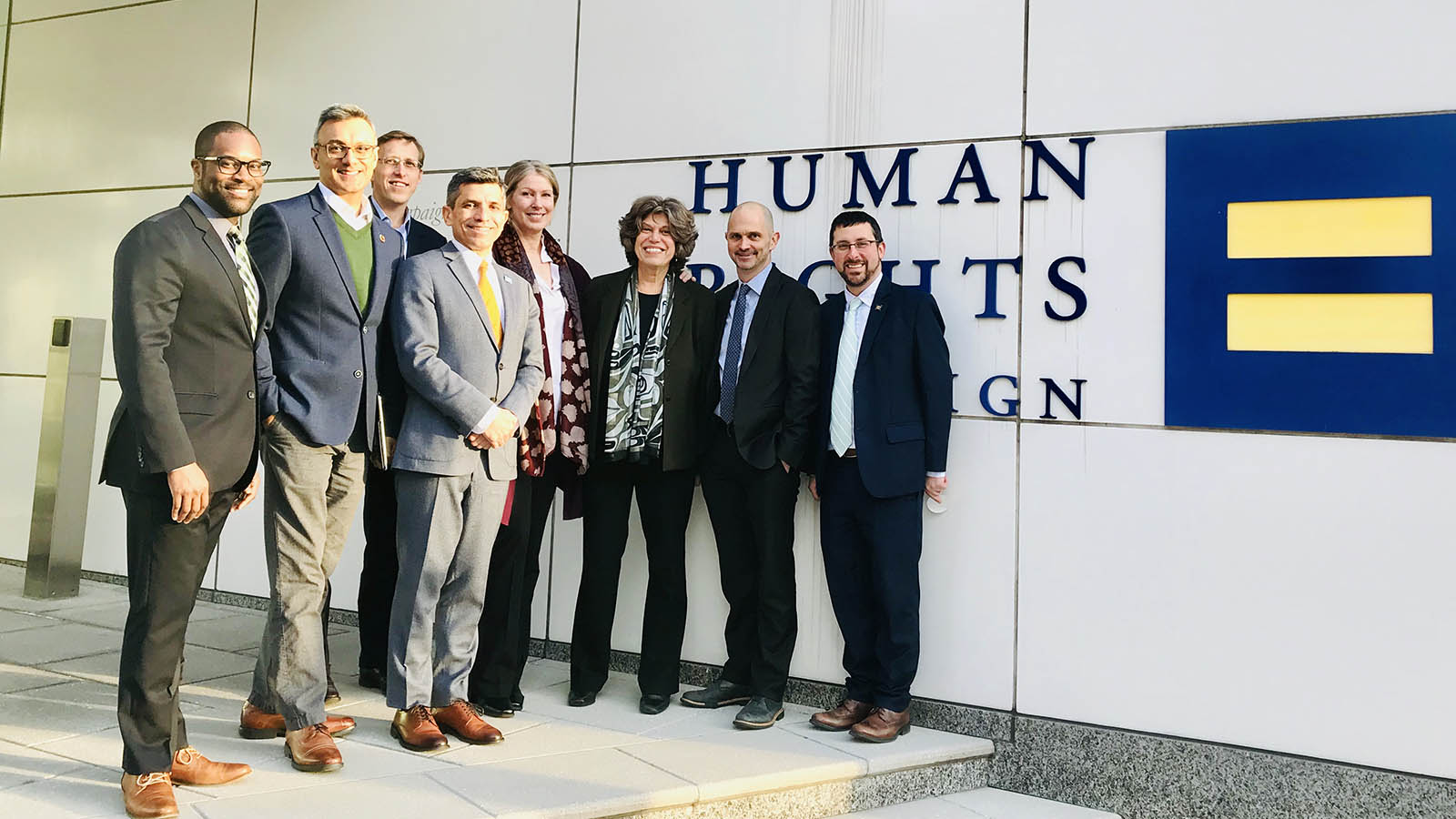 Last week, HRC welcomed Victor Madrigal-Borloz, the United Nations’ Independent Expert on sexual orientation and gender identity, to Washington, D.C. for a discussion about the state of LGBTQ rights and the challenges LGBTQ people face around the world.

HRC Director of Global Partnerships Jean Freedberg delivered the event’s opening remarks, highlighting HRC’s efforts to strengthen the international LGBTQ movement through its programs. She stressed the need for global support of the upcoming renewal of the Independent Expert’s mandate to ensure the continuation of its critical mission.

Madrigal-Borloz discussed his leadership role at the UN, where he is charged with raising awareness of violence and discrimination against LGBTQ people. He called on the international community to “demand decriminalization of same-sex relations worldwide by 2030.”

Madrigal-Borloz outlined critical issues affecting l LGBTQ people worldwide, and the importance of visibility in addressing LGBTQ discrimination and violence. He also emphasized the need for “assessing crises through the lens of intersectionality, respecting local strategy and the multiplicity of factors that operate in relationship to a particular State.”

“I have a clear notion of what my limitations are,” Madrigal-Borloz said. “I have the worst task of the world, but it is the best job in the world.”

Madrigal-Borloz cited decriminalization, coalition building, data collection, social inclusion and implementing recommendations as key to fulfilling his mandate. He underscored factors including stigma, criminalization laws and negation that pose challenges to the wellbeing of LGBTQ people, and warned that these can lead to dangerous laws or practices such as the dangerous practice of so-called conversion therapy.

A Costa-Rican jurist residing in Copenhagen, Madrigal-Borloz has vast expertise in torture prevention, accountability and rehabilitation. Since his appointment in 2017, Madrigal-Borloz has led UN efforts to help address violence and discrimination against LGBTQ people. In this capacity, he oversees the implementation of international human rights law, raises awareness, engages in dialogue with stakeholders and provides advisory and technical assistance.