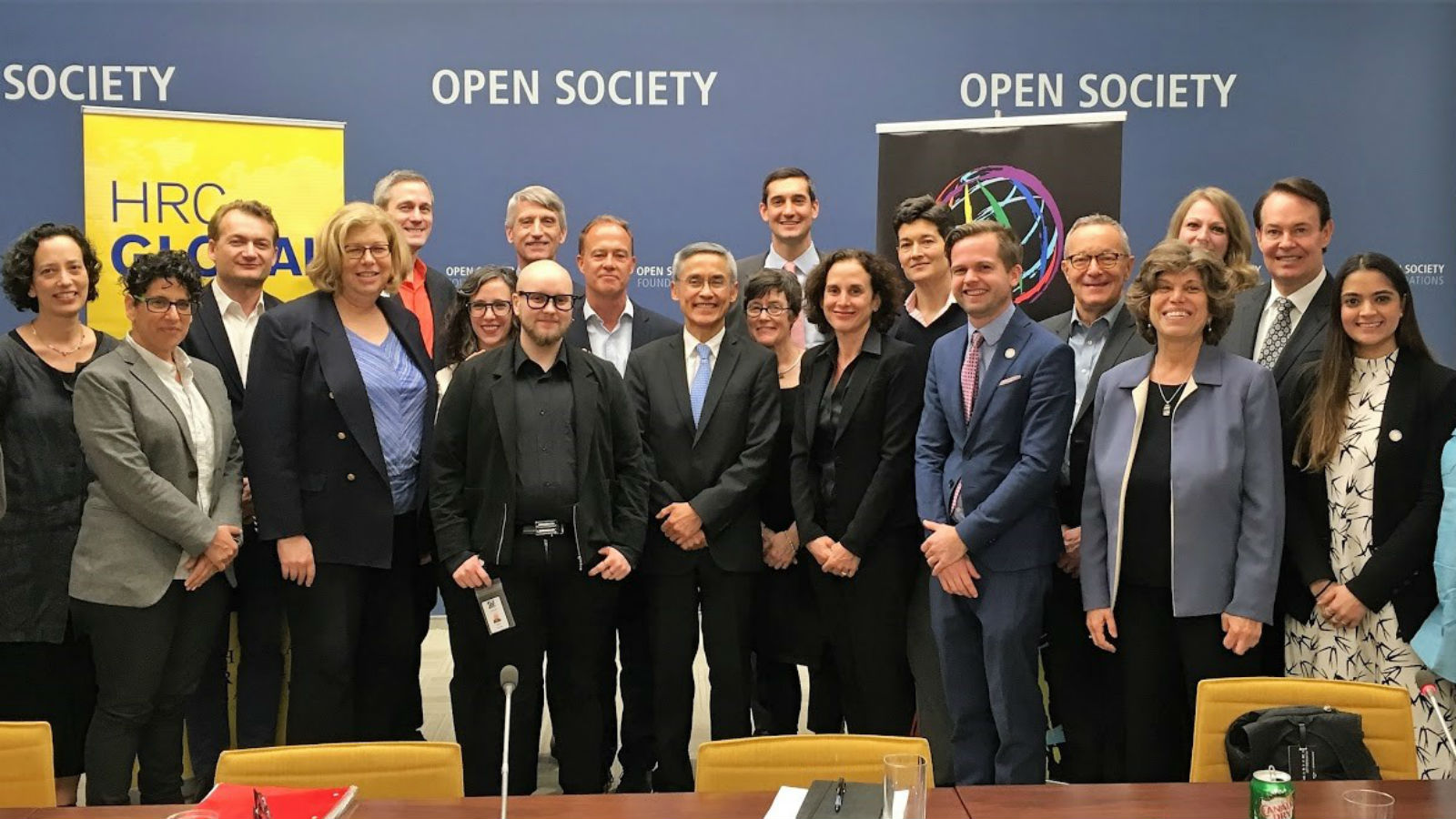 On Monday, Vitit Muntarbhorn, the United Nations’ (U.N.) newly appointed Independent Expert on Protection against Violence and Discrimination based on Sexual Orientation and Gender Identity, met with 30 leading LGBTQ advocates. He discussed the challenges and opportunities he faces in monitoring the rights of LGBTQ people around the world today. HRC was proud to co-host this event with its partners Outright Action International and Open Society Foundations.

This was Muntarbhorn’s first visit to the U.S. since he took office in September and it was his first chance to meet many of the advocates in the room. Later in the day, he delivered the keynote address at the HRC’s 2017 Corporate Equality Index (CEI) Awards, which honors the more than 500 leading employers that earned 100 percent on HRC’s 2017 CEI.*

The position of Independent Expert was created by the U.N. Human Rights Council last June, and then survived a succession of efforts to undo it at the U.N. in New York.  Mary Beth Maxwell, HRC’s Senior Vice President for Programs, Research and Training paid tribute to all those, including Outright and others in the room, who had fought so hard to secure the position, one of the most hotly debated at the U.N. to date.

In his remarks, Muntarbhorn stressed the independent nature of his position, and committed himself to being an objective voice, grounded in international law, on violence and discrimination based on sexual orientation and gender identity. He reiterated the pillars that his work would rest on, including decriminalization and non-discrimination, destigmatization, status recognition, especially on the basis of gender identity, and socio-economic and cultural inclusion.

Most importantly, Muntarbhorn emphasized the role that advocates and allies can play in supporting his work. He addressed the business community specifically, and said they had a special role to play in leading on inclusion.

All the participants in the conversation were encouraged by Muntharbhorn’s vision, enthusiasm and commitment. They were also inspired by the ever-increasing global recognition of the rights and dignity of LGBTQ people and what this position signifies.

*The CEI evaluates corporate policies and practices regarding their LGBTQ employees.