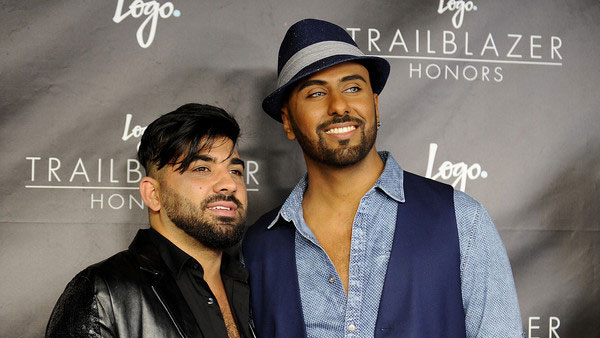 Nayyef Hrebid and Btoo Al Lami, who are slated to speak at HRC Foundation’s fourth annual Time to THRIVE Conference in April, have been nominated for a Daytime Emmy Award for their documentary film Out of Iraq, which aired on Logo TV in June 2016.

The documentary, which has been nominated for Daytime Emmy - Outstanding Special Class Special, features Hrebid and Al Lami, both of whom were enlisted in Iraq, Al Lami as an Iraqi soldier and Hrebid as a translator. After falling in love, the duo was forced to flee the country separately after being targeted for homosexuality.

“Through thousands of miles, they fight to stay connected and to be reunited,” Logo TV reads.

Hrebid and Al Lami will address the audience and bravely share their powerful and emotional journey at Time to THRIVE. The inspiring couple also appeared on The Ellen DeGeneres Show where they were presented with a surprise donation from Shutterfly and its “Celebrating Everyday heroes” campaign.

HRCF’s fourth annual Time to THRIVE Conference is the premier national convening of educators and youth-serving professionals to build awareness and cultural competency, learn current and emerging practices and gather resources from leading experts and national organizations in the field. Time to THRIVE will take place April 28-30 in Washington, D.C., with Toyota and AT&T as the presenting sponsors. Register now at TimeToTHRIVE.org.